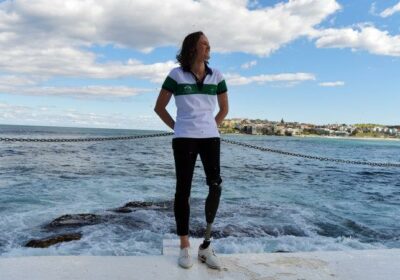 After etching her name into the record books as Australia’s most decorated female Paralympian in Tokyo, swimming legend Ellie Cole had little desire to subject herself to too many excruciating pool sessions heading into the Commonwealth Games in late July.

Birmingham was always going to be Cole’s last competition in the pool but the 30-year-old just couldn’t help herself. 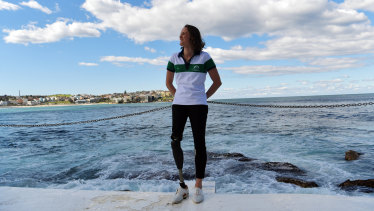 Ellie Cole will once again represent Australia at the Birmingham Commonwealth Games.Credit:Sam Mooy

“I was just going to enjoy the training a bit more and just do morning sessions,” Cole said. “But then I think my competitive side has got the better of me. I’m still doing 10 full sessions a week and three gym sessions a week.

“It’s going to be pretty cool to stand up in Birmingham and stand up and say you’ve done everything you can and just enjoy it like the last race.”

Cole, who was diagnosed with cancer as a two-year-old and had her right leg amputated, was one 27 Australian Para-swimmers announced on Thursday to compete in Birmingham later this year.

Unlike the Paralympics and Olympics, able-bodied athletes and those with a disability will compete at the same meet. 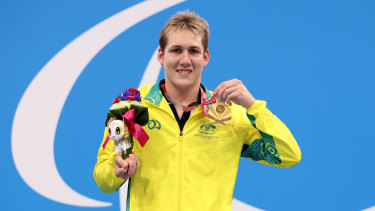 Will Martin at the Tokyo Paralympics.Credit:Getty

Many of Australia’s stars from Tokyo are returning to the pool, including Will Martin, who won three golds and a silver, plus Lakeisha Patterson and five-time Paralympian Matt Levy.

Birmingham will be Cole’s third appearance – after 2010 and 2018 – but despite her illustrious record at the Paralympics, she’s yet to snare a Commonwealth Games gold medal. She has come close, with a silver and three bronze, but wants the full set when she takes the blocks in the 100m freestyle (S9).

Last year Cole said she would only continue through to Birmingham because close friends Cate and Bronte Campbell were planning to be there.

“I was spitting chips about that,” Cole said with a laugh. “I got back from Tokyo and Cate’s like, ‘look, I’m not going to go’. Bronte then said she’s going to take a year off. I was like ‘what’s happening? Fine, I’ll go on my own’.

“We have a really big swim team. Although Cate and Bronte aren’t there, there are another 70 athletes who I like spending time with.

“We get very few opportunities to connect as a full team and to be able to actually travel together at the Commonwealth Games is really special. Every year I go online and watch the Olympic guys race at world championships or Olympics. I’m so proud of them because I have got to know them so well but I never have an opportunity to actually travel with them. I love it.

“Unfortunately, at both Delhi and the Gold Coast it came down to milliseconds. When you’re that close, you can’t be disappointed. It’s not like I was off the radar completely. For someone who is only missing a Commonwealth Games gold, it is frustrating.

“Going into Birmingham, I do want to win the gold medal, but I know it does come down to milliseconds and if it does and I don’t win it, I can’t be too upset at myself.”

Australia’s able-bodied athletes will battle it out for Commonwealth Games spots at the Australian Swimming Championships in Adelaide from May 18 to 22.