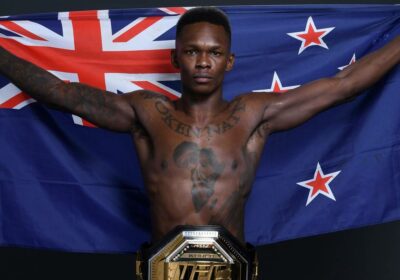 Everyone has a breaking point – and it seems New Zealand’s top athletes are beginning to hit theirs.

Kiwi UFC lightweight contender Dan Hooker revealed this week that he and members of Auckland’s City Kickboxing gym, including UFC champion Israel Adesanya, have discussed the logistics of packing up and moving their operation to the United States.

Why? Because they’re fed up with having to jump through hoops to be able to do their job.

Hooker is the best example. In January, he travelled to Abu Dhabi for one of the biggest fights of his career. He lost in devastating fashion and, to make matters worse, he couldn’t return home for five weeks because that was the earliest MIQ voucher he could secure.

Last weekend at UFC 266, Hooker put his standing as one of the UFC’s top-ranked lightweights on the line against unranked German contender Nasrat Haqparast – a fight he pestered the UFC matchmakers to book because he needed to be on this weekend’s card in Las Vegas, as that was around the time he had managed to secure an MIQ voucher.

So, rather than have the luxury of having the UFC find him a more appropriate fight for his ranking in the promotion at a later date, Hooker made something else happen in order to do his job and provide for his family.

After a well-documented struggle to actually get to the United States due to visa issues, Hooker told media in Las Vegas that a move Stateside “has to happen”.

“Now we’re just planning the logistics of it. It’s going to be left up to our coaches and not a decision we’ll make, but it looks like me and the family will be moving Stateside with the team.

“This last one was just getting a bit crazy. The fights before that, the same thing: lockdowns during fight camp, staying after for two months, then this one just took the cake.”

UFC middleweight champion Adesanya, who has also signalled his desire to move to America, shone a light on the struggle and outright disdain many athletes in the country have with the MIQ system, as they are all fighting with the tens of thousands of Kiwis abroad who want to get home, when spots are reserved for the likes of the Bangladesh and Netherlands cricket team, English netball team, and New Zealand’s rugby teams.

If you’re not rugby, cricket or netball, you’re stuck in the pool with everyone else. The Government couldn’t find a way to get a group booking secured for the Warriors, who have spent two years away from home representing the country. The Warriors have committed to spending the next NRL season in Australia already.

Athletes are now forced to make the decision to travel abroad without an MIQ voucher if they want to compete. Kiwi surfer Billy Stairmand is in that situation, leaving his wife at home to compete in the World Surf League challenger series and provide for his family. His is just one of many stories where that decision has to be made.

But if it wasn’t already on the minds of the country’s athletes, Hooker’s revelation that his team are looking into moving away from New Zealand could well be the start of a large exodus. For those athletes who need to be overseas to compete, if you can’t get back into New Zealand after your competition, there is little reason to be based here in terms of career opportunities.

The strange thing is that the MIQ system worked relatively well in the early days, and people were able to return in a somewhat timely manner. Now, no one can even get a look in.

If there is no indication that full vaccinated people will be able to self-isolate in their homes upon return into New Zealand to come into effect in the coming months, don’t be surprised to hear that your favourite athlete is planning to move out of the country to survive in a world that will otherwise move on without them.