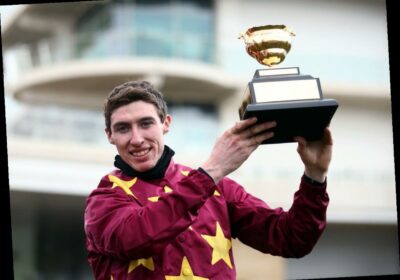 Minella Indo edged out A Plus Tard to give trainer Henry de Bromhead a one-two in the Cheltenham Gold Cup.

Ridden by Jack Kennedy, Minella Indo (9-1) got the better of gallant stablemate A Plus Tard, who was partnered by Festival sensation Rachael Blackmore.

The victory capped an incredible week for De Bromhead, who also collected the Champion Hurdle and Champion Chase and has had six winners in all.

Frodon and Bryony Frost made the extended three-and-a-quarter-mile showpiece a true test. With Kemboy and Black Op for company, the Paul Nicholls-trained Frodon put in serious leaps through the early stage, but Nicky Henderson’s hopes were dashed early on with Champ and Santini pulled up.

Willie Mullins’ Al Boum Photo – seeking a third successive win in the race – was ridden patiently, while A Plus Tard always had the leaders in his sights.

Blackmore closed the door on 9-4 favourite Al Boum Photo as the field galloped down towards the home turn, and it became a fight between the two De Bromhead runners.

But Minella Indo held the upper hand and repelled the determined challenge of the runner-up to win by a length and a quarter.

Al Boum Photo was four and a quarter lengths away in third. Native River, the winner in 2018, was fourth and Frodon fifth.

De Bromhead said: “It was incredible. Jack was brilliant on Minella Indo, who is just such a tough horse. It’s all down to the crew at home, who work so hard. And the support of all our clients, it’s just brilliant.

“Whatever it is about here – he’s a little bit like Put The Kettle On – he just comes alive. He’s fast asleep at home on a daily basis, but even saddling him today, he was like he was before the Albert Bartlett (in 2019) – he was kicking the back door and so up for it.

“We obviously had the mishap at Christmas and he wasn’t as good in the Irish Gold Cup, but we wanted to get a clear round that day and Rachael rode him brilliantly. It’s all come together here and it’s fantastic.

“To win a Cheltenham Gold Cup is something you dream about. I think I’m still in my hotel, it’s Monday evening and I’m about wake up and nothing’s even started yet. That’s where I’m at at the moment, it’s brilliant.”

“A Plus Tard was amazing, he ran a cracker for the Thompsons of Cheveley Park. Both jockeys were amazing, it’s just brilliant.” 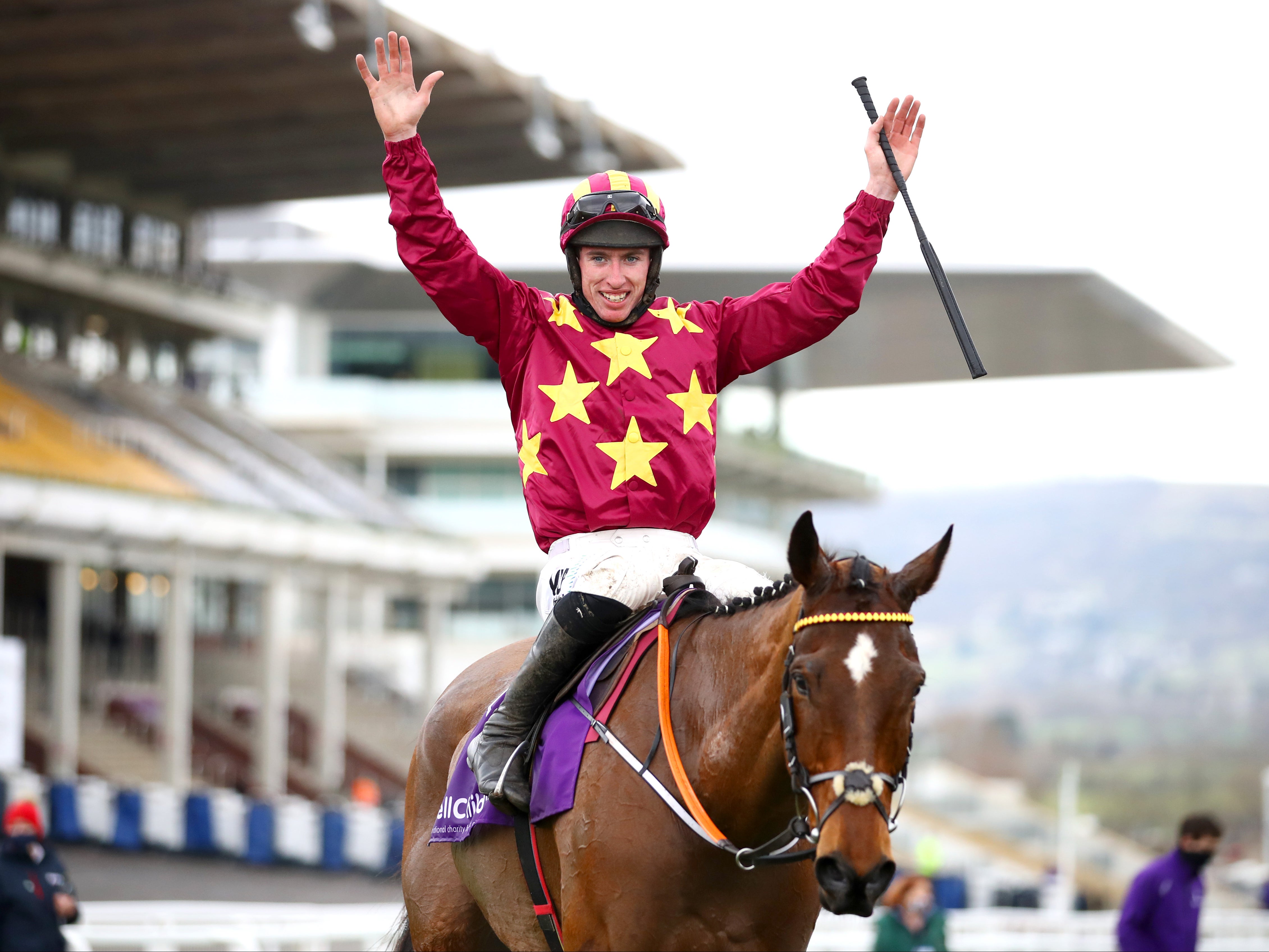 De Bromhead added of riding arrangements for his pair: “Rachael had the choice. I always try to stay out of that and I left it to her.

“Everyone has been asking me on the run-up to the race which had the better chance, but I couldn’t split them.I don’t like to interfere (with Blackmore’s choice) as I’d hate to put her the wrong way. She knew they were both training well.”

Kennedy told ITV Racing: “I can’t believe it, this is what I’ve dreamt of since I was a child. I’m just so grateful to Henry and (owner) Barry Maloney for giving me a chance and the opportunity to ride him. I can’t thank them enough, I’ll owe them forever.

“This is what I live for. I just can’t believe this is after happening, I’m delighted. I was there very soon on him, but I didn’t want to disappoint him, he carried me into it and I didn’t want to be taking him back.

“I landed over the last and he pricked his ears, he was pulling up, but it wasn’t out of tiredness and when he heard Rachael coming back at him, he took off again. It’s unbelievable stuff.”