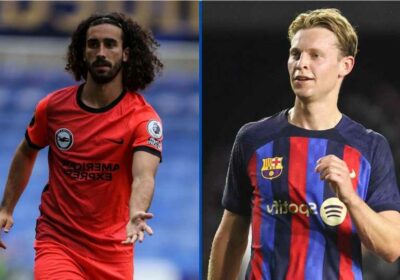 And the Blues have bid over £50m for defender Marc Cucurella, according to reports.

However, Brighton are still said to be holding out for Levi Colwill to be included as part of the deal.

Get all the latest transfer news from around the world.