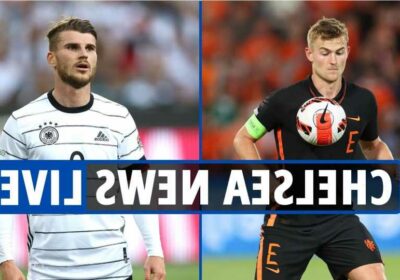 CHELSEA are will bid for Matthijs de Ligt of Juventus, according to reports.

The Blues are said to be ready to offer the Italian club £38m plus Timo Werner to secure the Dutchman.

The Blues are desperate for reinforcements at centre-back after Antonio Rudiger and Andreas Christensen quit the club.

A verbal agreement is said to be in place for Sevilla's Jules Kounde but the deal has yet to get over the line.

On the attacking front, Chelsea are said to have cooled their interest in Ousmane Dembele as they target Raheem Sterling.

And Romelu Lukaku is set to fly to Milan next week to complete his loan move to Inter.