Home » Sport » Chelsea 'back in for Kounde after being offered De Ligt transfer', Newcastle next manager latest updates

Chelsea 'back in for Kounde after being offered De Ligt transfer', Newcastle next manager latest updates 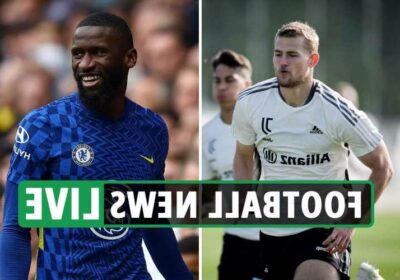 CHELSEA are reportedly set to go back in for Jules Kounde this January, after missing out on the Sevilla man in summer.

Antonio Rudiger is closing in on a move away from the club after holding exploratory talks with Man City, according to reports.

But should Sevilla hold firm in their valuation of Kounde, the Blues may have the option of turning to Matthijs de Ligt.

Juventus are said to be keen to get the £280,000-a-week Dutch centre-back off their books.

Meanwhile Newcastle are still looking for a new permanent manager with Paulo Fonseca the favourite but Lucien Favre another man linked to the job.

And finally Rangers fans are in mourning after legendary boss Walter Smith passed away at the age of 73.