Home » Sport » Carrie Jones: Too young to play for her club but not her country

Carrie Jones: Too young to play for her club but not her country 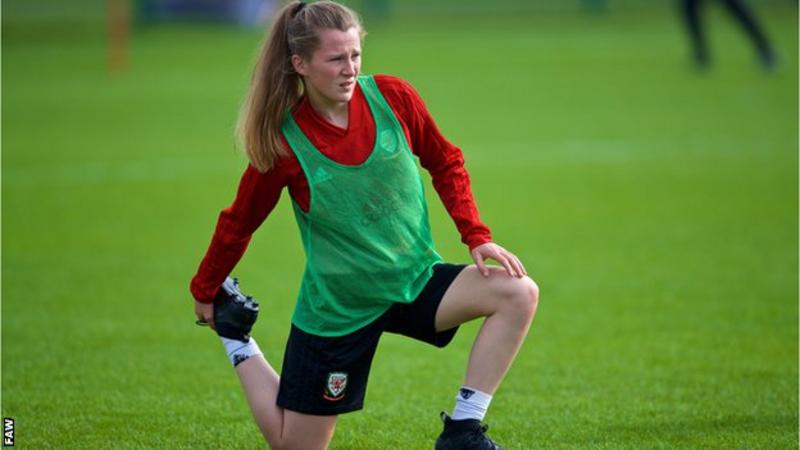 Carrie Jones is not yet 16 years old and cannot play competitively for her new club Cardiff City, but she may be in line to make her Wales debut.

The Newtown High School pupil has been included in the Wales squad for their Euro 2021 qualifiers against the Faroe Islands on Thursday, 28 August and Northern Ireland on Tuesday, 3 September.

She will not be eligible to play for Cardiff until she turns 16 after the international break, but a Wales debut could beckon with key midfielders Jess Fishlock and Rachel Rowe ruled out by cruciate knee ligament injuries.

“I did not expect the call-up at all, my focus has been on the under-17s squad, but I knew these qualifiers were coming up – and dream big, you know? I’ve worked hard to get here and now I’ve got here,” she said.

An ambition since the age of seven 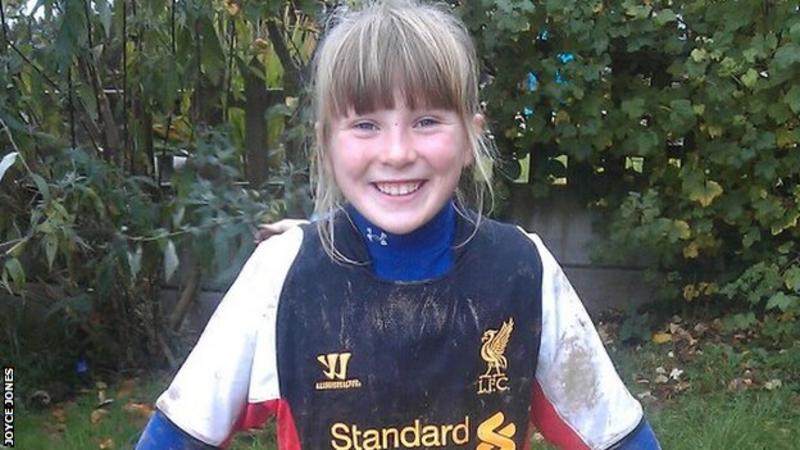 Jones is living a life very different to her fellow school pupils, with her ambition to play for the Wales team seeing her pursue every opportunity to play the beautiful game.

But it was on her grandmother’s mid-Wales farm that her journey to international recognition began, with both boys’ and girls’ teams featuring on her CV.

“I started playing at seven, I started by playing for a boys’ team, but before that it started with playing against my older male cousins,” Jones explains.

“My cousins are all big football fans and we used to go over to my nan’s farm and play football in the fields, little five-a-side games with the family on a Sunday, and it progressed from there.

“When I was playing on the boys’ team for Newtown White Stars a rule came in that I couldn’t play for a boys’ team until I was 12, so I joined a girls’ team and then when the rule went, I moved back to a boys’ team, Berriew Juniors. I was playing for them last season. 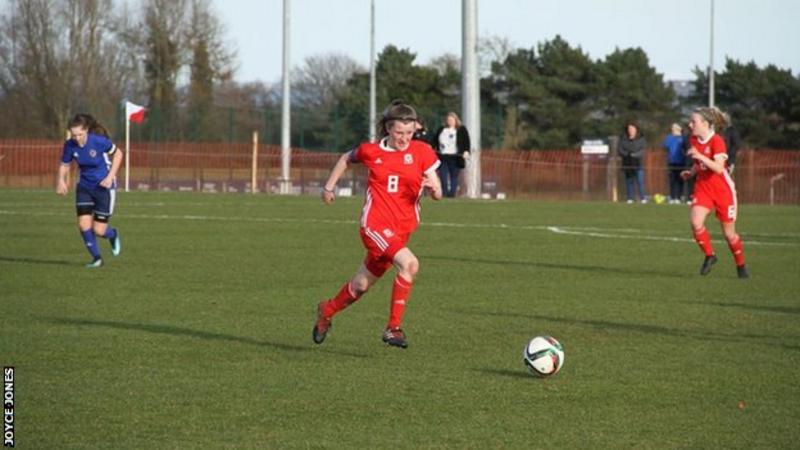 Jones’ pursuit of a football career means plenty of long car journeys and more than a few missed lessons at school as she makes the 96-mile journey from her Newtown home to training sessions in Cardiff twice a week.

Before her GSCE year Jones says it can be tough to juggle her football schedule and the school one.

But in her first ever sit-down interview with journalists, it is clear Jones shows a maturity beyond her years. Her mother Joyce, chief taxi driver, sat in on the interview and got due credit from her most frequent passenger.

“My mum is the taxi driver – Mum and Dad. Luckily there is another girl we share lifts with. It is twice a week for training on Tuesday and Friday and then the game at the weekend can be anywhere,” she explains.

“It is a good trek so it is hard on my mum and dad, I have a brother and sister as well so it is hard giving time to them and pleasing me as well with the football.

“It is a huge commitment for everyone because as well as the drive it is a three or four hour session, so I don’t get back until midnight and then have to get on the bus at 7am to go to school.

“Obviously me being called up is a proud moment for my family and the victory is all the sweeter when you have worked hard for it.”

Jones says her teachers are understanding of her situation, although with the school holidays on she has no idea if her fellow pupils realise she could be about to play for her country.

“Hopefully my friends at school will find out about me being in the squad because of the BBC showing all the qualifiers, but I don’t know exactly when I will go back to school because I have my first Cardiff game on what would be my second day back and on the first day back I’ll still be in the Wales camp,” she said.

“I don’t know what it will be like, but hopefully I will get a warm welcome!

“My teachers are very understanding because obviously I miss loads of school being on camps and stuff like that and with training, because I train two hours from where I live.

“So I have to leave school early to get to training and catch up with lessons, which is quite hard, but the teachers are really supportive.” 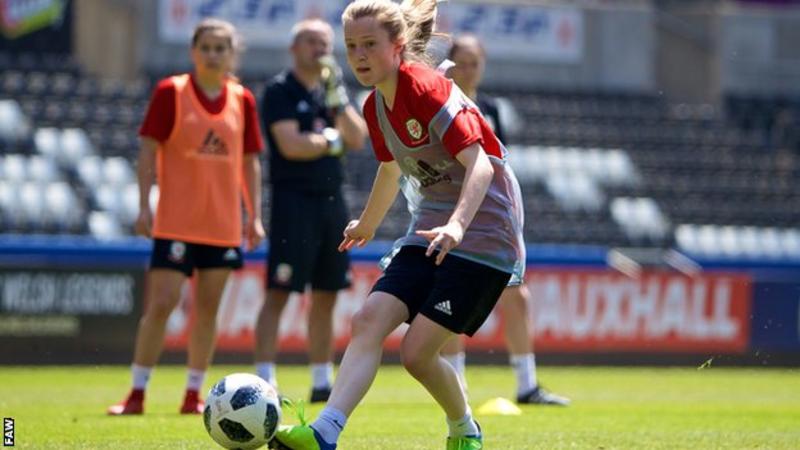 Old enough for Wales but not Cardiff

Jones shows so much promise that she was invited to experience a senior Wales camp when she was just 14, although 14-year-olds are not eligible to play senior internationals.

“I am really nervous, I have been on a few camps before but obviously I haven’t been 15 so I haven’t been an age that I could play, but now I am,” she added.

“It feels different now, I have just signed for Cardiff for this season, but I can’t play for them until my 16th birthday. So I am called up for the international team at a time where I can play for them but not for a club!

“I am currently in the performance squad so some players from the senior squad like Nadia Lawrence and Kylie Nolan I have been training with weekly, which is really good.

“And on camps it is great to see what you can learn off the experienced players to become a better player yourself.”

The experience of being around the senior camp previously has helped her transition, though Jones admits it remains hard not to be starstruck around certain team-mates.

“Training with people like Jess [Fishlock] and Sophie [Ingle] is crazy. I was in the dressing room for the qualifier with Russia and being in the Wales squad has been a dream for me since I was seven years old.

“I was sitting there and Jess Fishlock was sitting opposite me in the changing rooms and you do think ‘wow’.

“The first time I got called up was for the under-15s a year earlier than would have been expected and then obviously I was called up for the under-17s, so to keep progressing has been amazing. Now to be called up to the seniors, I can’t believe it really.

“The older players have told me to enjoy it, to get everything I can from the experience because not every player gets to experience being in the senior squad at such a young age.”

BBC Sport has launched #ChangeTheGame this summer to showcase female athletes in a way they never have been before. Through more live women’s sport available to watch across the BBC this summer, complemented by our journalism, we are aiming to turn up the volume on women’s sport and alter perceptions. Find out more here.