While it was only day one of his captaincy on home shores, Tim Paine reinforced why he had been given the top honour as Australia overcame potential disaster and left India in trouble.

Test great Adam Gilchrist was among those who praised Paine for the manner in which he handled his bowlers and team on the opening day of the first Test in Adelaide. 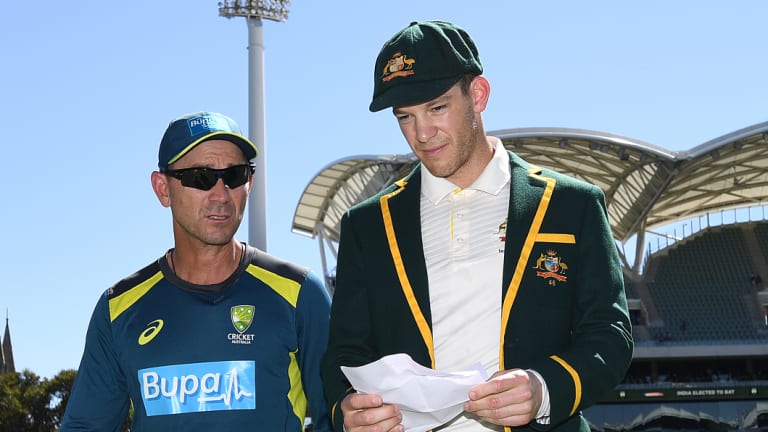 Long day ahead: Australian coach Justin Langer walks from the field with Tim Paine after losing the toss.Credit:AAP

In an era where analytics play an increasing role in tactics, Paine had Handscomb and Aaron Finch don the helmet after tea and alternate in a catching role of a short – or silly – third slip when the quicks operated. Few had seen such a position used before but the belief was that because the tenacious and disciplined Pujara had soft hands an edge would not carry to the conventional third slip.

While such intricacies more often than not are first noted by backroom boffins, it is up to the captain to embrace even the unorthodox, and Paine was prepared to do that.

Paine, of course, had led his team in a 1-0 series loss against Pakistan in the United Arab Emirates last month but he knew the spotlight intensified on home soil.

"There’s no doubt playing in Australia suits our team and having Josh Hazlewood and Pat Cummins back in as well is going to be different and the style of play in Australia compared to the UAE is completely different but in terms of leadership style it’s going to be exactly the same – we are going to go about it the same way we did over there. It’s just going to be tactically slightly different," he said on Wednesday.

Tactically, he was right.

Paine also ensured his men were not mentally wounded from having had to spend the day in the field. He had said at the toss of the coin Australia would rather have batted first, something his fast bowlers would have appreciated in such demanding conditions. That they responded strongly, as Test legend Allan Border had said they needed to do to back up their captain, was a sign this is a united team in a year where the sport has been in chaos.

That drama came as a result of the ball-tampering scandal in South Africa, where the team's overall boorish behaviour was scrutinised, resulting in a players' pact in terms of how they want to act and be perceived by the public. 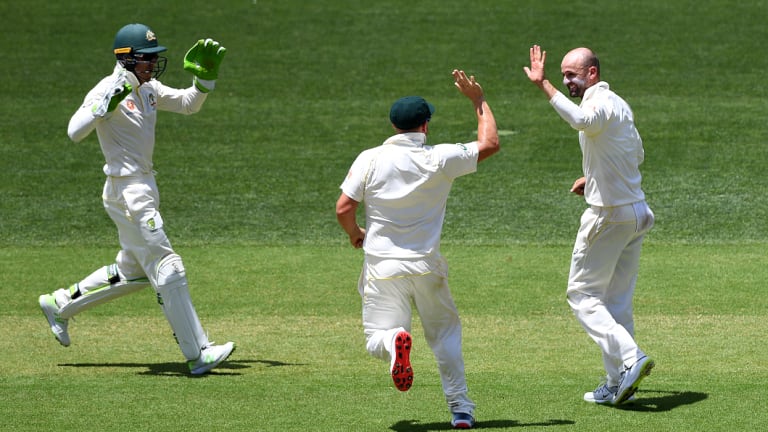 The Australians emerged with an intent and purpose but there was nothing menacing or malicious in the way they conducted themselves and celebrated a wicket. As Paine has made clear, the Australians have – so far – learnt their lesson.

Century-maker Pujara said he had noticed a slight change in Australia's behaviour. 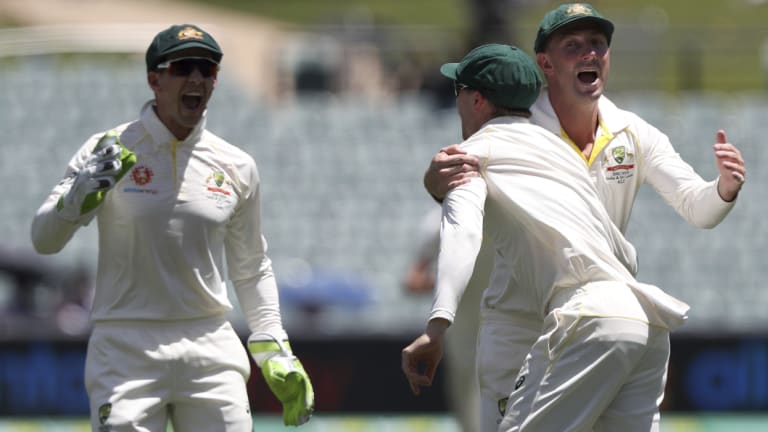 Shrewd management: Peter Handscomb, centre, is congratulated by Shaun Marsh and Tim Paine after taking a catch to dismiss Ajinkya Rahane off the bowling of Josh Hazlewood.Credit:AP

Paine revealed on the eve of the Test he had consulted Steve Waugh about captaincy and how best to lead men.

Going by what was shown on day one, Paine has given hope that he will take this rebuilding side, having tumbled down the ICC rankings, to "another level".