Can the NFL eliminate its major COVID testing flaw? Not long ago, false positives were the NFL’s biggest COVID-19 testing problem.

In early August, one failure forced Detroit Lions quarterback Matthew Stafford into a brief and wholly unnecessary quarantine, ultimately proving it was possible a healthy player could miss a game due to a last-minute testing mistake. Just a few weeks later came the tidal wave of 77 positive tests in one weekend, all mistakenly triggered by an offsite contamination that suggested the system was only as reliable as the laboratories processing the results.

In less than a month, these two incidents revealed flaws that would require serious troubleshooting. But they were also considered largely survivable because the system had failed in the direction of caution. The rationale? It’s safer to make the mistake of flagging COVID infections that don’t actually exist than to miss flagging the ones that do.

As far as the fallibility of the NFL’s testing system goes, overprotecting in a pandemic can be written off as the cost of doing business. But under-protecting? Leaving a gap in the system of defense? That is the kind of flaw that keeps the lights on deep into the night at the league office. Much like the last few days, when the league’s most serious COVID-19 testing flaw was exposed by the Tennessee Titans in one word.

More specifically, the 3-7 day period when a person can become infected with COVID-19 and still pass point-of-care testing. It’s a reality that creates the problem the NFL faces now, where a person can test positive for the virus on a Saturday and create a late-week hole where the newly infected (to whom they may have spread the virus) unknowingly slip through testing barriers by virtue of an undetectable incubation period. 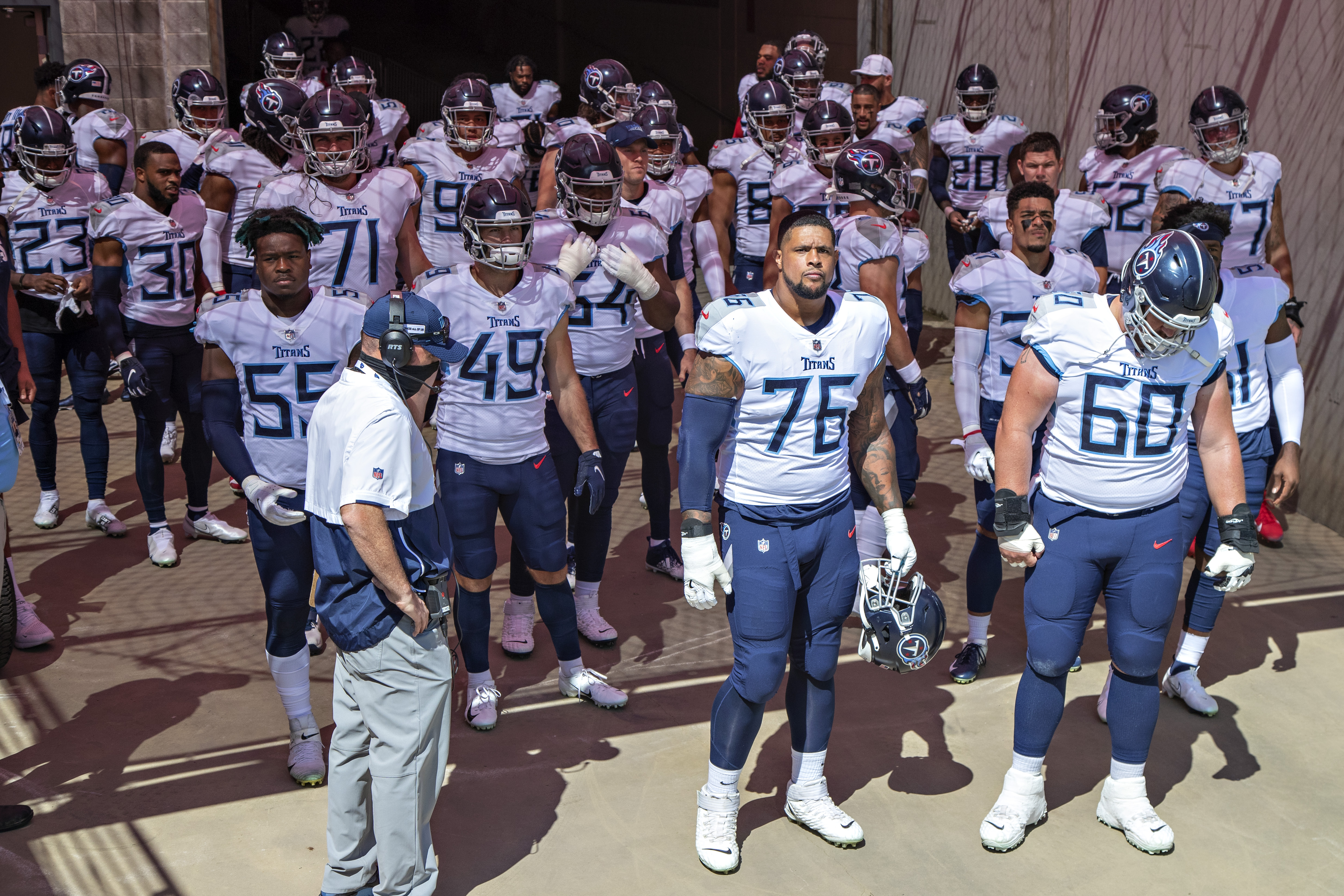 Incubation period is now most pressing flaw with NFL testing

This has always been a creeping flaw in the league’s testing system. If someone tests positive for COVID on Saturday, how can a team determine if others are in an incubation period before a Sunday kickoff?

The simple answer? The NFL can’t. Not with the type of point-of-care testing that exists now, which failed to show any positives inside the Titans franchise beyond the assistant coach whose infection was flagged Saturday morning. At that point, it’s a fair assumption that the Titans had incubating infections heading into Sunday’s game with the Minnesota Vikings, particularly given that five employees from the football staff and four players have tested positive for COVID-19 since Monday’s testing.

It’s a scenario that lays bare what the NFL has known all along: It can put up a litany of COVID barriers in every possible inch of the league, but if COVID gets inside with even one person, testing alone doesn’t guarantee a stoppage in the spread of the virus. This is what NFL commissioner Roger Goodell telegraphed in his memo to team executives Wednesday, which again reinforced that teams must be religiously following their personal protective equipment protocols. Most especially in a scenario like the one facing the Titans, where people may have been walking around the building with an infection in the incubation stages.

“These results [from the Titans] confirm the need to remain diligent in implementing all of our health and safety protocols to the fullest extent,” Goodell wrote. “This includes not only our testing program, but facility maintenance, wearing of PPE by players and staff, and carefully regulating behavior and contacts outside of the club facility.”

If that isn’t clear enough, Goodell’s memo comes nearly two weeks after the NFL’s chief medical officer, Dr. Allen Sills, told NFL Network in the plainest language that coaches needed to wear their masks (including on the sideline), and that negative test results do not mean a person isn’t infected.

“As we’ve said all along, the tests are not what keep us safe,” Sills said two weeks ago. “The tests are simply a report card or a measuring stick to show how we’re doing with all our other risk mitigation efforts. … [A]gain, tests are not perfect. And even though everyone tests negative, that doesn’t mean someone couldn’t possibly be infected. So we want to make sure we do all we can to mitigate that risk.”

Is the NFL doing ‘all it can’ to mitigate COVID-19 risk?

Sills’ assertion raises a legitimate question that should be pointed toward the NFL. Is the league really doing all it can to mitigate risk? That’s worth deeper inspection on the heels of what happened with the Titans. Because there are some other pertinent questions right now.

Did the Titans alert the Vikings that an assistant coach had tested positive Saturday — and that others who had been in contact with the coach (and might be in an incubation period) would be on site Sunday?

Did the NFL alert the Vikings of the potential issue?

And perhaps most important, if we are to take Sills at his word — that the NFL is doing “all it can” to mitigate risk of infection — why isn’t everyone identified in contact tracing following a positive test on a Saturday put into quarantine? Wouldn’t that kind of move represent the league doing “all it can” to make sure nobody in an incubation period slips through the COVID testing barriers?

The answers to these questions are pretty simple. They just aren’t very palatable. 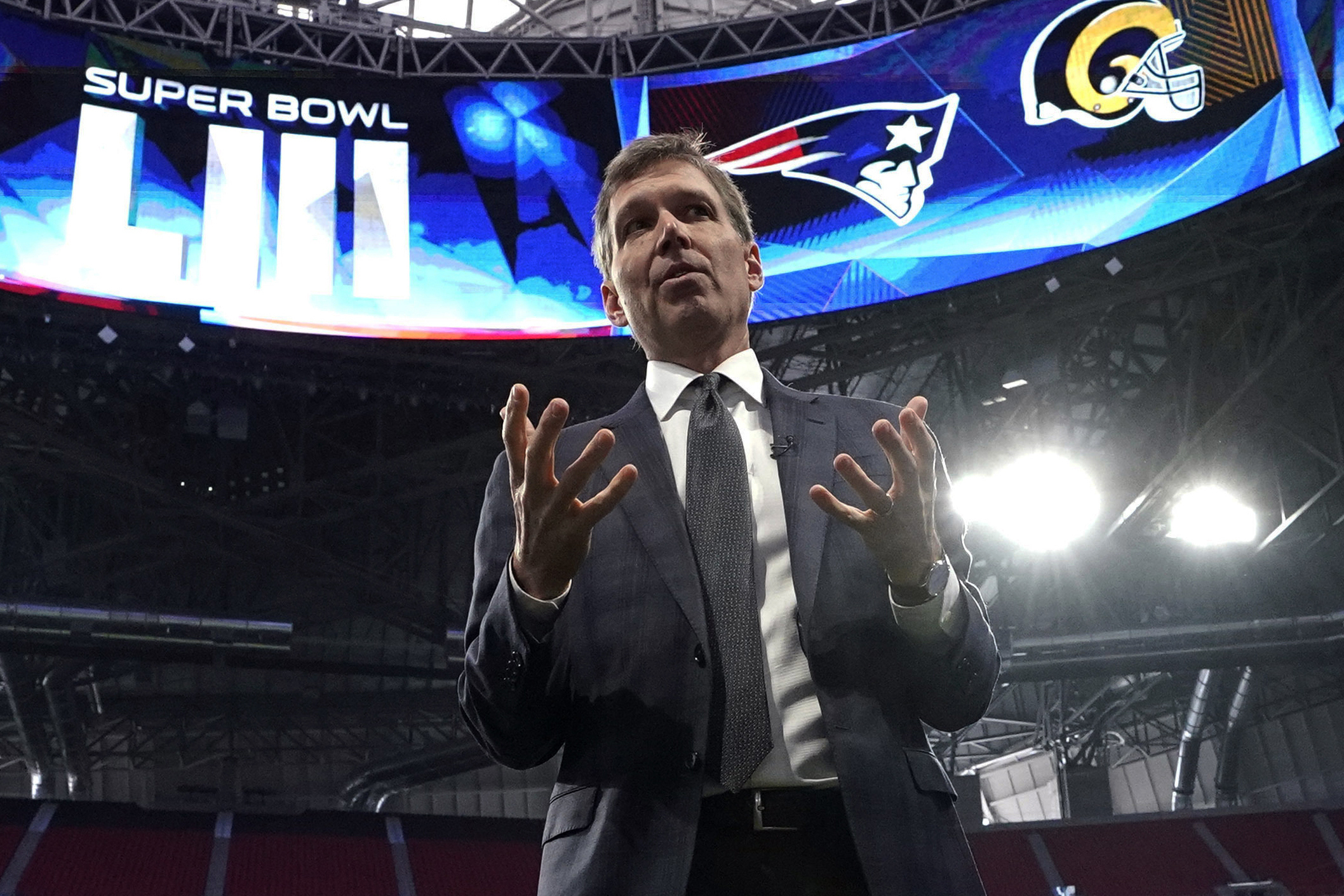 First, the Vikings should have been alerted, either by the Titans or the NFL. That would have given them additional opportunity to put their employees and players on high alert. Which is pretty important considering that after the game, players were shaking hands with each other at midfield and not social distancing. As of this writing, there is no indication the Vikings were warned.

This is particularly interesting considering how Titans coach Mike Vrabel reacted to testing questions on Monday, appearing to get prickly when asked about the league’s COVID protocols. Vrabel responded by saying Tennessee was “following the 100 memos sent out” by the NFL.

That may be the case, but it also leads into the second point about whether the NFL is doing “all it can” to combat COVID outbreaks. Taken literally, the league isn’t. If it were, that would necessitate isolating all the other individuals who came into contact with the infected person, thereby removing those who might be in an incubation phase from traveling. The reason this kind of thing doesn’t happen is simple: It could very easily cause a game to be forfeited when the infected individual is a coach or player, largely because of the multiple contacts that take place with those people.

The New England Patriots and Miami Dolphins play before empty stands during the coronavirus pandemic in the first half of an NFL football game, Sunday, Sept. 13, 2020, in Foxborough, Mass. (AP Photo/Charles Krupa)

CINCINNATI, OHIO – SEPTEMBER 13: Quarterback Joe Burrow #9 of the Cincinnati Bengals throws a pass as he warms up before playing against the Los Angeles Chargers at Paul Brown Stadium on September 13, 2020 in Cincinnati, Ohio.(Photo by Bobby Ellis/Getty Images)

NEW ORLEANS, LOUISIANA – SEPTEMBER 13: Tom Brady #12 of the Tampa Bay Buccaneers celebrates a touchdown run with teammates against the New Orleans Saints during the first quarter at Mercedes-Benz Superdome on September 13, 2020 in New Orleans, Louisiana. (Photo by Chris Graythen/Getty Images)

CINCINNATI, OHIO – SEPTEMBER 13: Quarterback Joe Burrow #9 of the Cincinnati Bengals, teammates and the Los Angeles Chargers stand in unity during the U.S. National Anthem at Paul Brown Stadium on September 13, 2020 in Cincinnati, Ohio. The NFL began their 2020 season and the Bengals didn’t allow fans in attendance due to the Covid-19 pandemic. (Photo by Bobby Ellis/Getty Images)

SANTA CLARA, CALIFORNIA – SEPTEMBER 13: The San Francisco 49ers run onto the field for their game against the Arizona Cardinals at Levi’s Stadium on September 13, 2020 in Santa Clara, California. (Photo by Ezra Shaw/Getty Images)

NEW ORLEANS, LOUISIANA – SEPTEMBER 13: Tom Brady #12 of the Tampa Bay Buccaneers throws against the New Orleans Saints during the third quarter at the Mercedes-Benz Superdome on September 13, 2020 in New Orleans, Louisiana. (Photo by Chris Graythen/Getty Images)

NEW ORLEANS, LOUISIANA – SEPTEMBER 13: Tom Brady #12 of the Tampa Bay Buccaneers throws against the New Orleans Saints during the second quarter at the Mercedes-Benz Superdome on September 13, 2020 in New Orleans, Louisiana. (Photo by Chris Graythen/Getty Images)

San Francisco 49ers quarterback Jimmy Garoppolo reacts on the sideline during the second half of an NFL football game against the Arizona Cardinals in Santa Clara, Calif., Sunday, Sept. 13, 2020. (AP Photo/Tony Avelar)

FOXBOROUGH, MASSACHUSETTS – SEPTEMBER 27: Cam Newton #1 of the New England Patriots throws a pass during the first half against the Las Vegas Raiders at Gillette Stadium on September 27, 2020 in Foxborough, Massachusetts. (Photo by Maddie Meyer/Getty Images)

FOXBOROUGH, MASSACHUSETTS – SEPTEMBER 27: Cam Newton #1 of the New England Patriots reacts during the first half against the Las Vegas Raiders at Gillette Stadium on September 27, 2020 in Foxborough, Massachusetts. (Photo by Maddie Meyer/Getty Images)

FOXBOROUGH, MASSACHUSETTS – SEPTEMBER 27: Carl Nassib #94 celebrates with Johnathan Abram #24 of the Las Vegas Raiders during the first half against the New England Patriots at Gillette Stadium on September 27, 2020 in Foxborough, Massachusetts. (Photo by Maddie Meyer/Getty Images)Up Next

What Sills really means is the NFL is doing “all it can” to protect itself within the boundaries of not completely wiping out games through an overabundance of caution. That’s a very nuanced approach, producing the kind of situation we have this week.

In reality, “all we can” includes picking up the pieces after the incubation testing flaw kicks in. It includes closing down facilities and isolating two entire franchises. It includes hoping and praying that the incubation flaw doesn’t result in a massive swath of positive tests that knocks two franchises completely out of the next week’s games.

This time, “all we can” resulted in chaos and came close to disrupting the league’s scheduling matrix. Right to the point of the NFL having to move the Titans’ next game against the Pittsburgh Steelers, while also forcing Tennessee to engage in virtual practices for the majority of this week.

Ultimately, the testing did fail. The failure wasn’t a complete cratering, even if it meant the incubation flaw left others vulnerable.

What can’t be changed is that the flaw in the system is now out in the open. We’ve seen it triggered. And for the first time, the league’s COVID protocols failed in the wrong direction — toward a curbed level of caution that allowed the NFL games to roll on. Next time, the league may not be so lucky.

Now that the NFL knows the incubation flaw can and likely will be triggered again, the league has to ask itself whether its definition of “all we can do” is more accurately practiced as “all we’re willing to do”.