Home » Sport » Call of Duty: Vanguard release date, cost, new features, editions: A guide to everything you need to know

Call of Duty: Vanguard release date, cost, new features, editions: A guide to everything you need to know 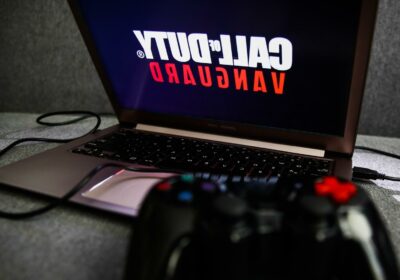 “Call of Duty” is back — and back in time, once again.

Just two years after Activision released “Call of Duty: Modern Warfare,” the folks at Sledgehammer games are returning to World War II in the latest installment of the long-running first-person shooter franchise.

“Call of Duty: Vanguard” is the 18th installment in the famed video game series, and while the setting is similar, there are a number of features that “Call of Duty” fans might love — or hate, depending on which way you look at it.

In addition to the return of the popular Zombies game mode, which continues the story started by “Call of Duty Black Ops: Cold War,” there are a few gameplay mechanic tweaks that Sledgehammer Games have made prior to the game’s release in November. Feedback from the game’s open beta was mixed.

Here’s the latest you need to know for the next “CoD”:

Call of Duty: Vanguard is scheduled to hit shelves on Friday, Nov. 5, 2021. Regardless of preorder, the game will launch universally on that date.

There are two editions of Call of Duty: Vanguard.

The Standard edition features just the basic game, with no extra features for either $69.99 or $59.99 depending on which console you own.

The Ultimate edition is digital only, and contains the following, in addition to the base game:

While the core gameplay of “Call of Duty” remains unchanged, there are a few new features and game modes fans can look forward to this year:

The gameplay with the new “Call of Duty” game remains largely the same. In addition to the “Patrol” game mode, there are also a few details for the upcoming release: