C.C. Sabathia Nears 3,000 Strikeouts in a Triumph of Reinvention The two most similar pitchers to C.C. Sabathia in major league history, according to Baseball Reference, are Andy Pettitte and Mike Mussina, both Yankees stalwarts. Pettitte taught Sabathia the cutter late in his career. Mussina knew he needed it.

If not the cutter, Sabathia would surely need something else to extend his career. Mussina explained this over lunch in 2016 as he retraced his own career path.

“Can I still go out there and do the same job I did, without the same level of talent, because I’m older? Can I still do it when I’m 32, 34, 36? And that’s the same question all these other guys are asking. Sabathia was lights-out. When you’re not lights-out anymore, can you still win 12, 13, 15?”

That season, Sabathia began reversing years of decline by turning to the cutter, with Pettitte and Mariano Rivera guiding him. Each year since, he has thrown it more often. He is 24-12 since the start of the 2017 season, and will soon become the 17th pitcher in major league history to reach 3,000 strikeouts — possibly as soon as Wednesday night, if he can strike out six Angels in Anaheim.

Mussina is 20th on the strikeout list, at 2,813, and will be inducted into the Baseball Hall of Fame this summer. Someday, Sabathia should join him. He has 247 victories and 2,994 strikeouts in a 19-year career. 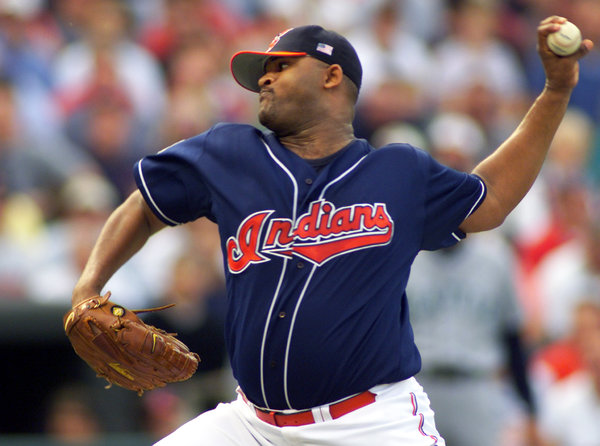 Five of those strikeouts came over five innings on Friday night in a 6-2 win over the Kansas City Royals at Yankee Stadium. Sabathia said he had peeked at the strikeout tracker on the scoreboard, though just once. He is eager to finish the chase.

“I think it’d be pretty cool,” he said. “It would definitely be a relief so I can just go out and worry about the rest of the season and play and try to win a championship, because that’s all I’m really concerned about. But with it being so close, it’s hard not for it to be right there in your head.”

A 300th victory is out of reach for Sabathia — he turns 39 in July and will retire after this season — and maybe for anyone else, because of the decline in starters’ workloads. In 2001, Sabathia’s rookie season, nine major league pitchers worked at least 230 innings, a figure Sabathia would reach five times. Yet no pitcher has done it in the last two years.

Sabathia had an angioplasty and right knee surgery in the off-season, but if his health holds up, he should soon reach 250 victories. The win is a flawed statistic for measuring a pitcher’s performance, but, over time, a big pile of them still means that a pitcher has been durable and contributed to a lot of team success.

For context, strikeout rates did not reach four per game until 1952, and they have risen each season since 2006, to 8.48 per game last season. Sabathia has never led the league in strikeouts, but he was an intimidator from the start.

“The first time I faced him in Cinergy Field in Cincinnati, he was a rookie for Cleveland and he struck me out three times,” Yankees Manager Aaron Boone said. “I fell down the third time swinging, and I was like, who is this guy?”

In his prime, which included winning the 2007 American League Cy Young Award, Sabathia would pound the strike zone confidently with fastballs around 95 miles an hour. He has twice led the league in strikeout-to-walk ratio, and still threw more than 60 percent fastballs when he joined the Yankees in 2009.

“I talked to him the other day about his mentality back when he was throwing hard, how he attacked guys,” said the left-hander James Paxton, a first-year Yankee. “He’s morphed and he’s still getting it done, that’s the most amazing thing. It’s hard to do, to change your game completely after being one type of way for a long time, and still do really well.”

In 10 innings this season, according to Fangraphs, Sabathia has thrown his fastball only 6 percent of the time, and more than half of his pitches have been cutters. He has not allowed an earned run, and his E.R.A. since the start of the 2017 season is 3.55, compared with a major league average of 4.25 over the same time frame.

Sabathia may not be an inner-circle Hall of Famer like Rivera — the first unanimous selection — or many of those on the 250-and-3,000 list. He packed most of his dominance into a seven-year window from 2006 through 2012, a relatively short peak, but he is probably among the top 50 starters in major league history.

Dependable, long-lasting starters like Sabathia are rare, and his evolution has allowed him to reach milestones worthy of the Hall. As it was for Mussina, the early seasons put Sabathia on the Hall of Fame track, but to steer his way to Cooperstown, he had to find a different gear.

Boone called Sabathia a future Hall of Famer, but Sabathia said to check back after the World Series for a thorough reflection on his career. He returned this season for one last chance at a championship, not to pad his statistics.

“It’s not for me to think about my place in history,” Sabathia said. “I just go out and play. That’s for everybody else to determine.”

History will judge Sabathia on the entire body of work, not just the years when his dominance came easily. History will be kind.