WHO needs Gareth Bale when you have Harry Kane and Son Heung-min?

Tottenham’s Welsh superstar could only look on from the bench in awe as their dynamic duo sealed yet another victory. 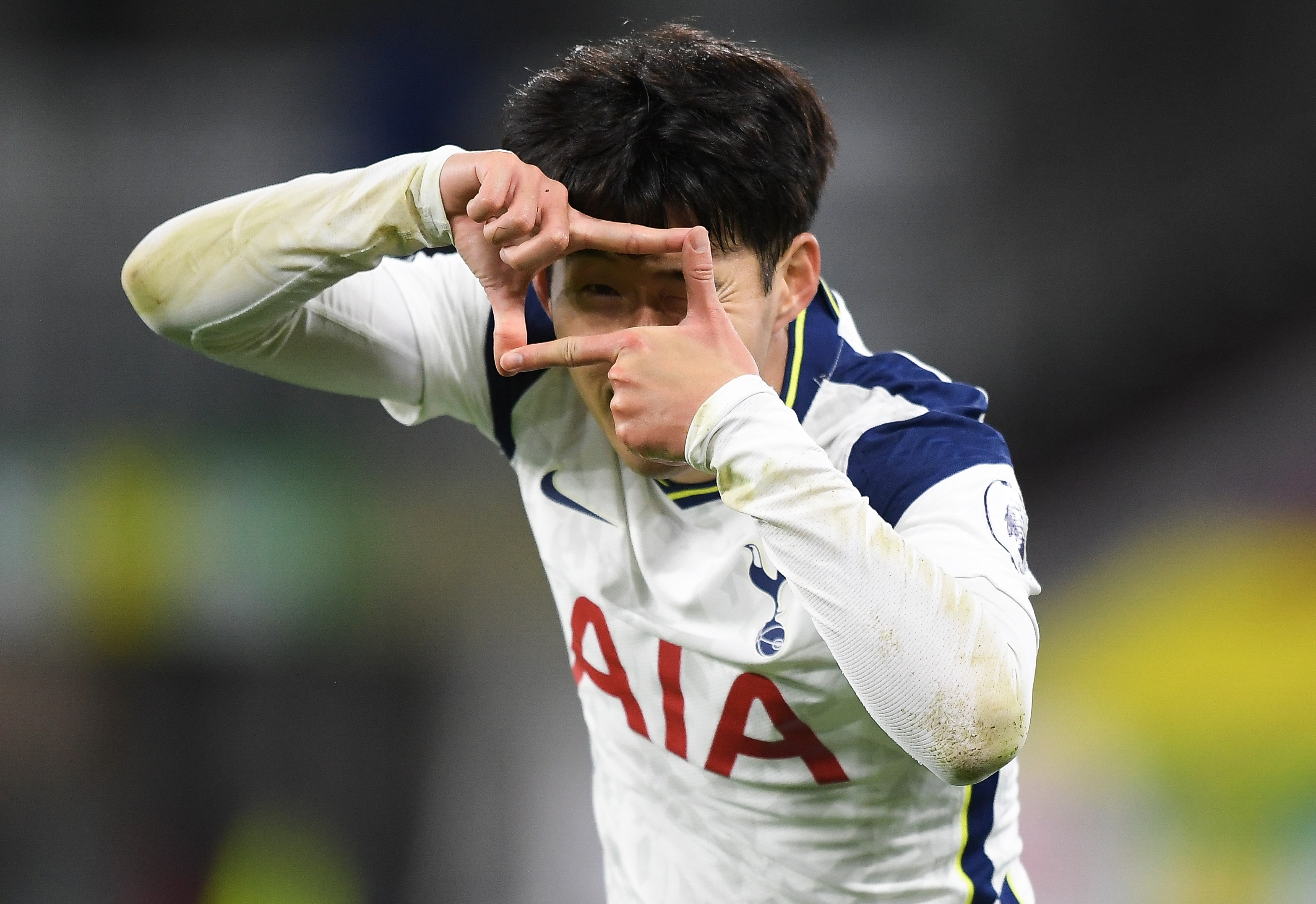 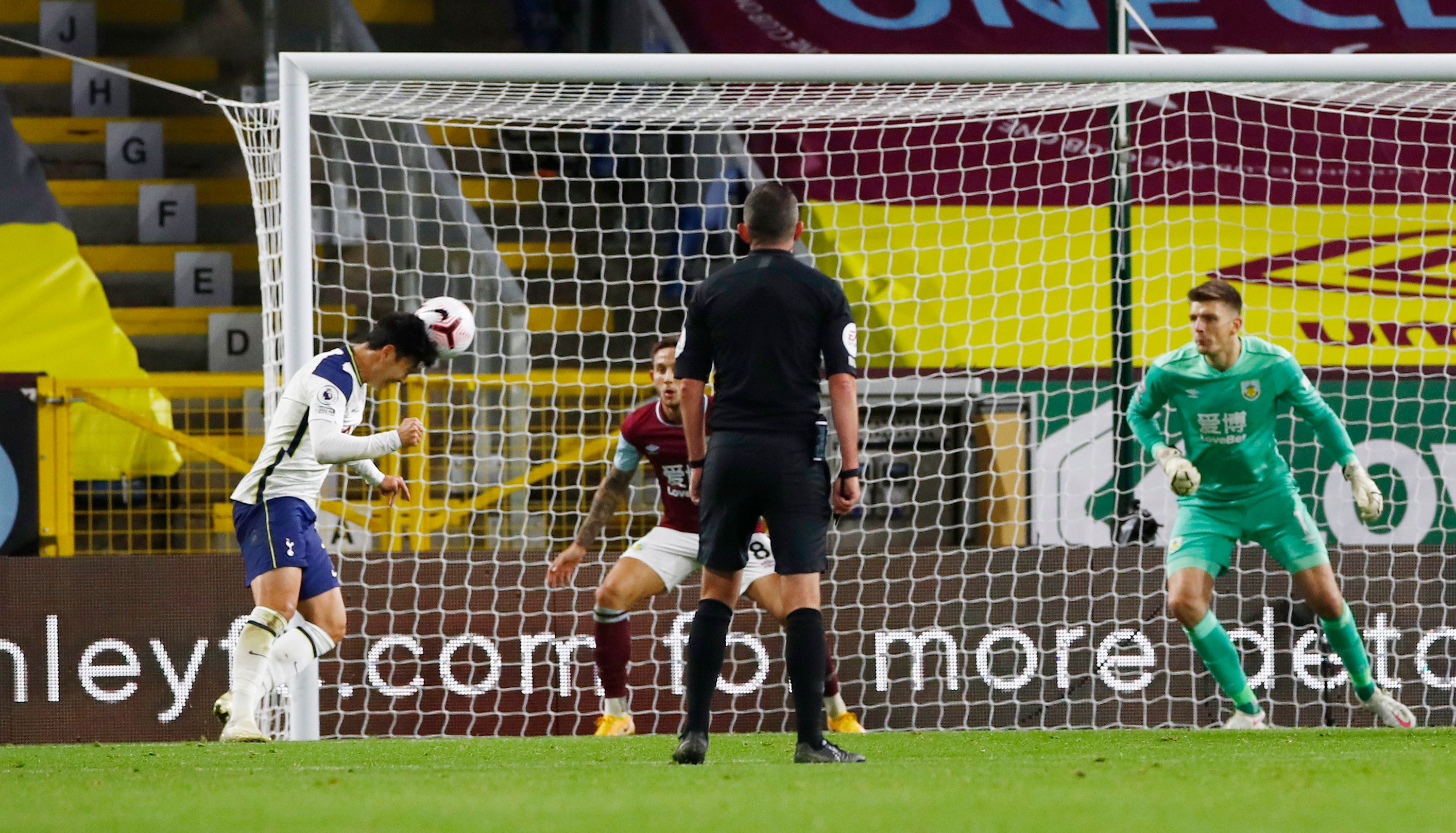 The North Londoners had been under the cosh before Kane flicked on a corner for his South Korean partner in crime Son to head home the winner with just 14 minutes remaining.

It is the 29th time the pair have combined to find the net.

Only former Chelsea duo Frank Lampard and Didier Drogba have worked together to score more in Premier League history.

Both of those of course worked under current Spurs boss Jose Mourinho.

But rarely must the Special One have seen a more telepathic partnership than the one he has playing for him now.

It must give the Portuguese great hope he can finally be the one who brings the glory glory nights back to Tottenham.

Make no mistake this was not a vintage performance nor encounter.

The best thing you can say about this is at least it did not cost an extra £14.95 to watch. 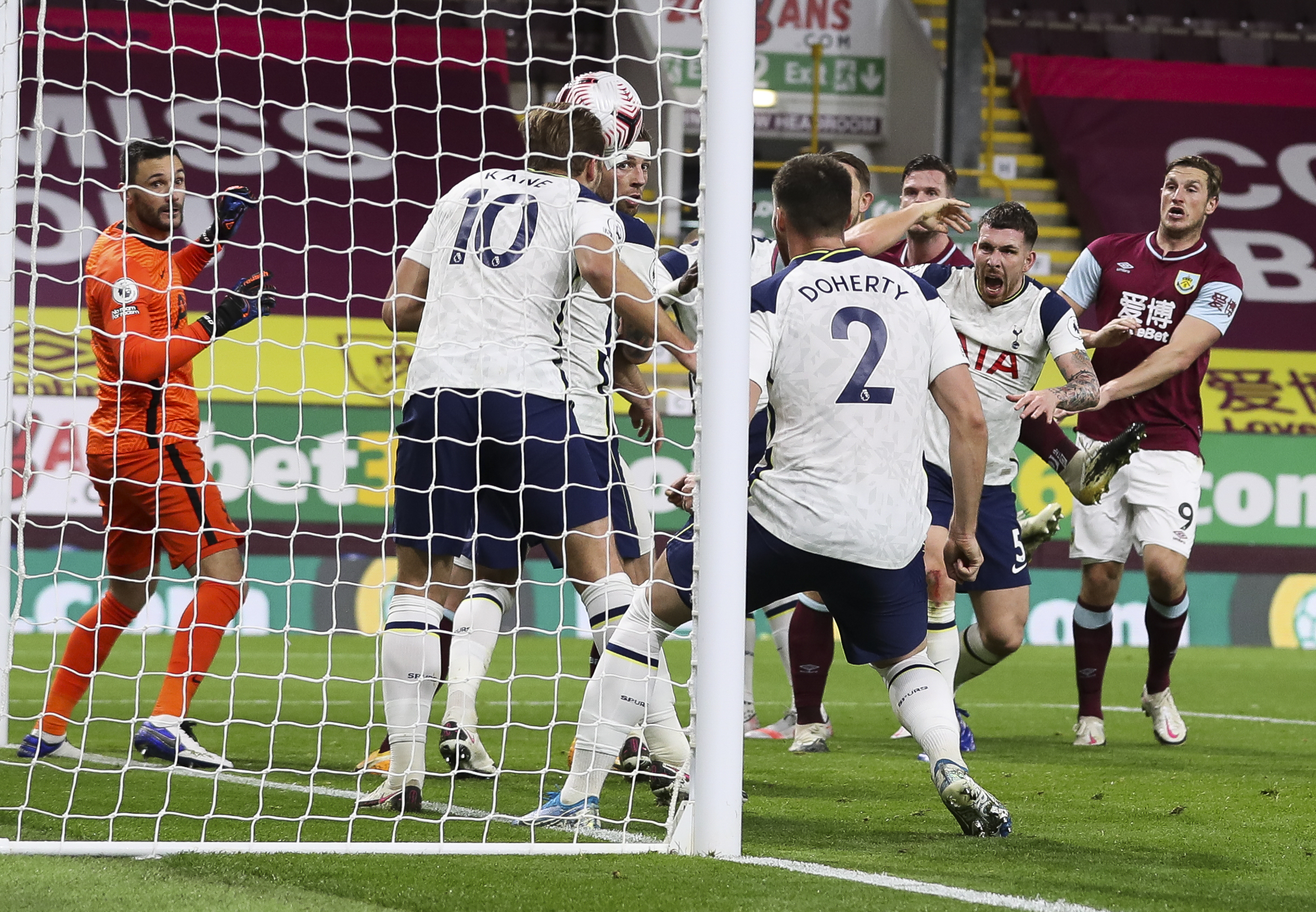 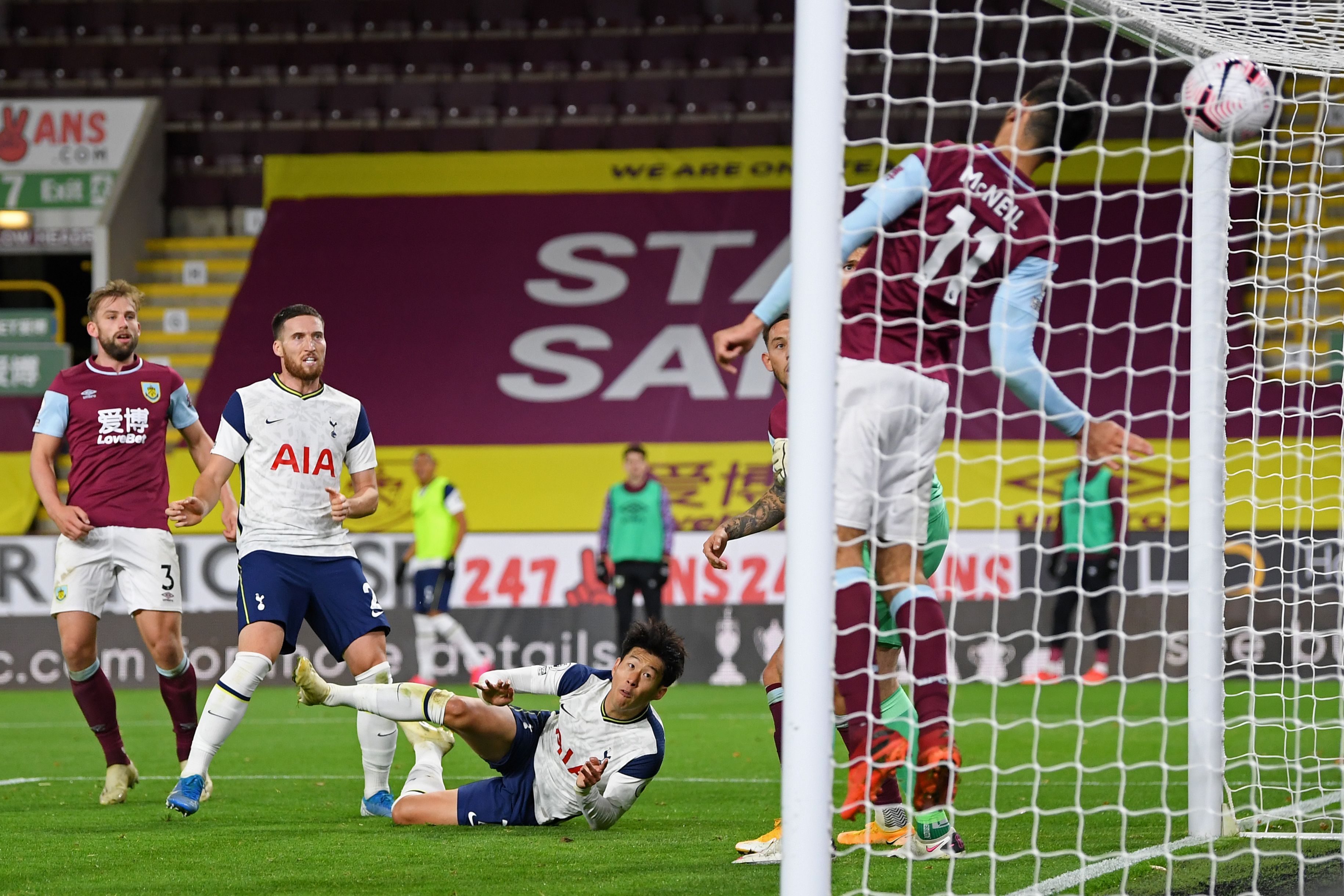 Forget pay-per-view, this was more pay-per-snooze.

Make no mistake, the fans unable to watch this from inside Turf Moor due to the Covid restrictions were the lucky ones.

Those who were showing no symptoms will certainly be feeling worse having watched this.

When it comes to tedium this was strictly Tier Three.

And while the boffins in the labs at Oxford and Cambridge are working frantically to try to create a vaccine for coronavirus, they might want to genetically engineer something that prevents football fans from ever having to suffer something like this again in the future.

Let us pray it is not catching.

Or else every Premier League TV screen will be locked down for the foreseeable future.

It was in stark contrast to the last time Tottenham came up against a team in claret and blue.

That was of course the Sunday before last when West Ham fought back from 3-0 down with three goals in the last eight minutes or so to draw 3-3 in one of the greatest comebacks in Premier League history. 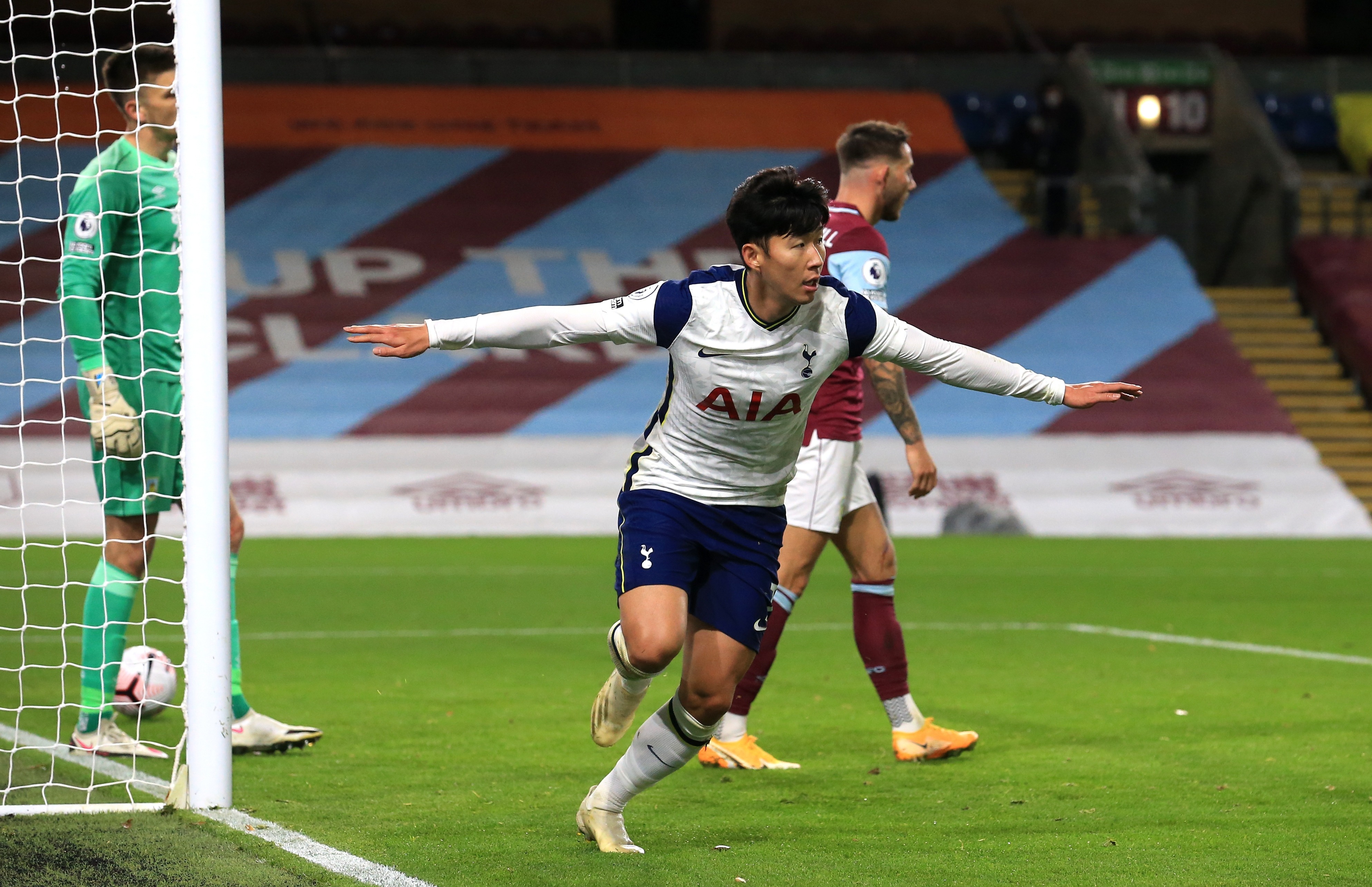 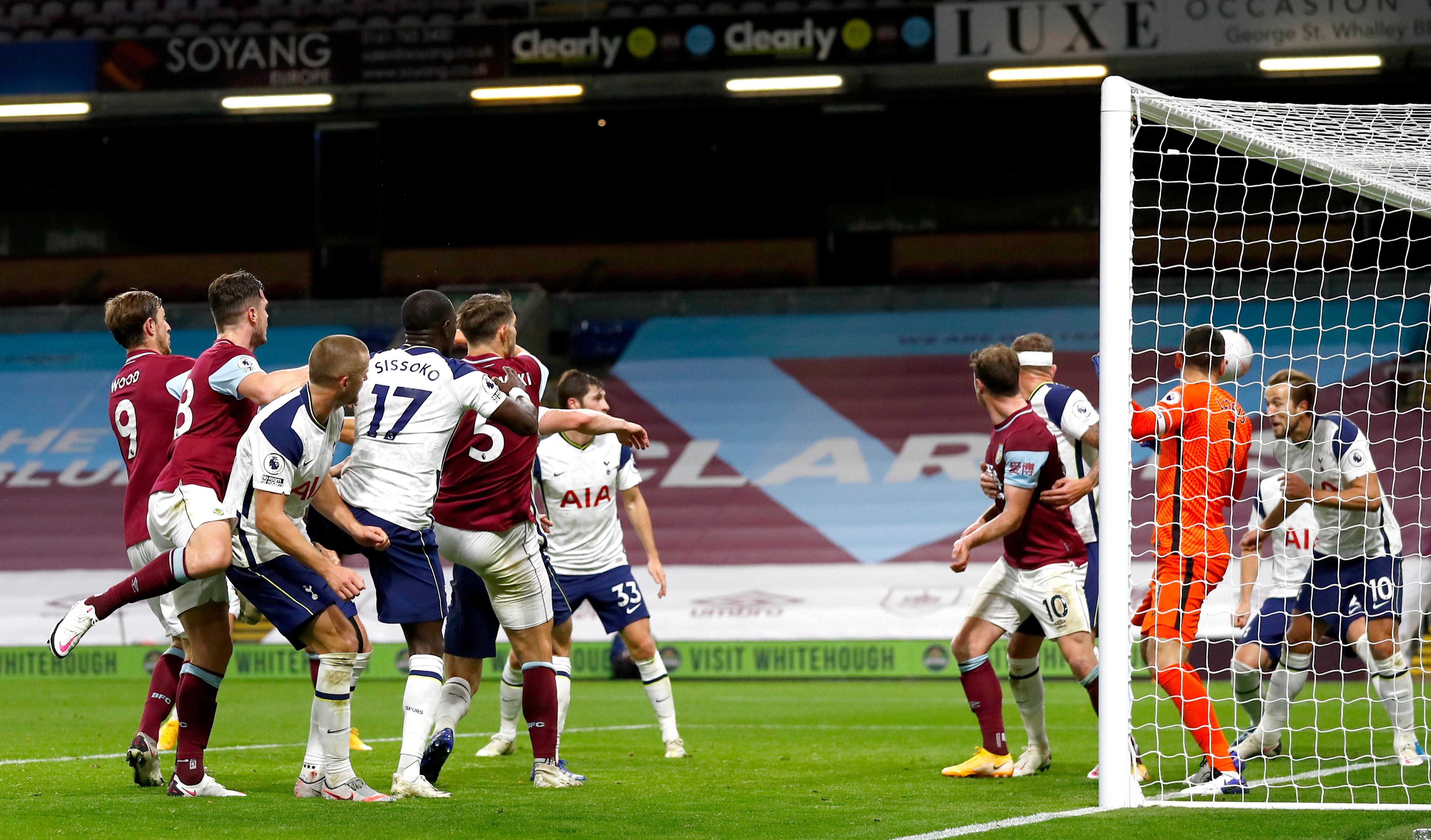 There was not even a smidgen of that drama here.

Jose Mourinho predicted beforehand we would not see goals – and how right he was.

It was one of those nights when both sides might have been better off calling it a day before kick-off and saved the rest of us the bother of sitting through what will surely go down as one of the most boring matches in Premier League, nay football history

Boss Sean Dyche celebrates eight years as Burnley boss on Friday, having guided them to promotion to the Prem twice during his reign.

Eighth anniversaries usually warrant a gift of bronze, but the modest Clarets chief would undoubtedly settle for another season without being relegated.

More star names went out of the door than in at Turf Moor this summer, and you wonder how much longer he can continue pulling rabbits out of hat by keeping them in the top flight.

The danger for Dyche is, despite his reputation, if he fails to save them from the drop again, they could end up taking him down with them and he might never get a top flight job again.

Like those Nigerian pirates off the Isle of Wight, there is a growing feeling that maybe he should have jumped ship earlier.

These clubs drew 1-1 in the corresponding clash here in March which was their last fixture before lockdown in March. 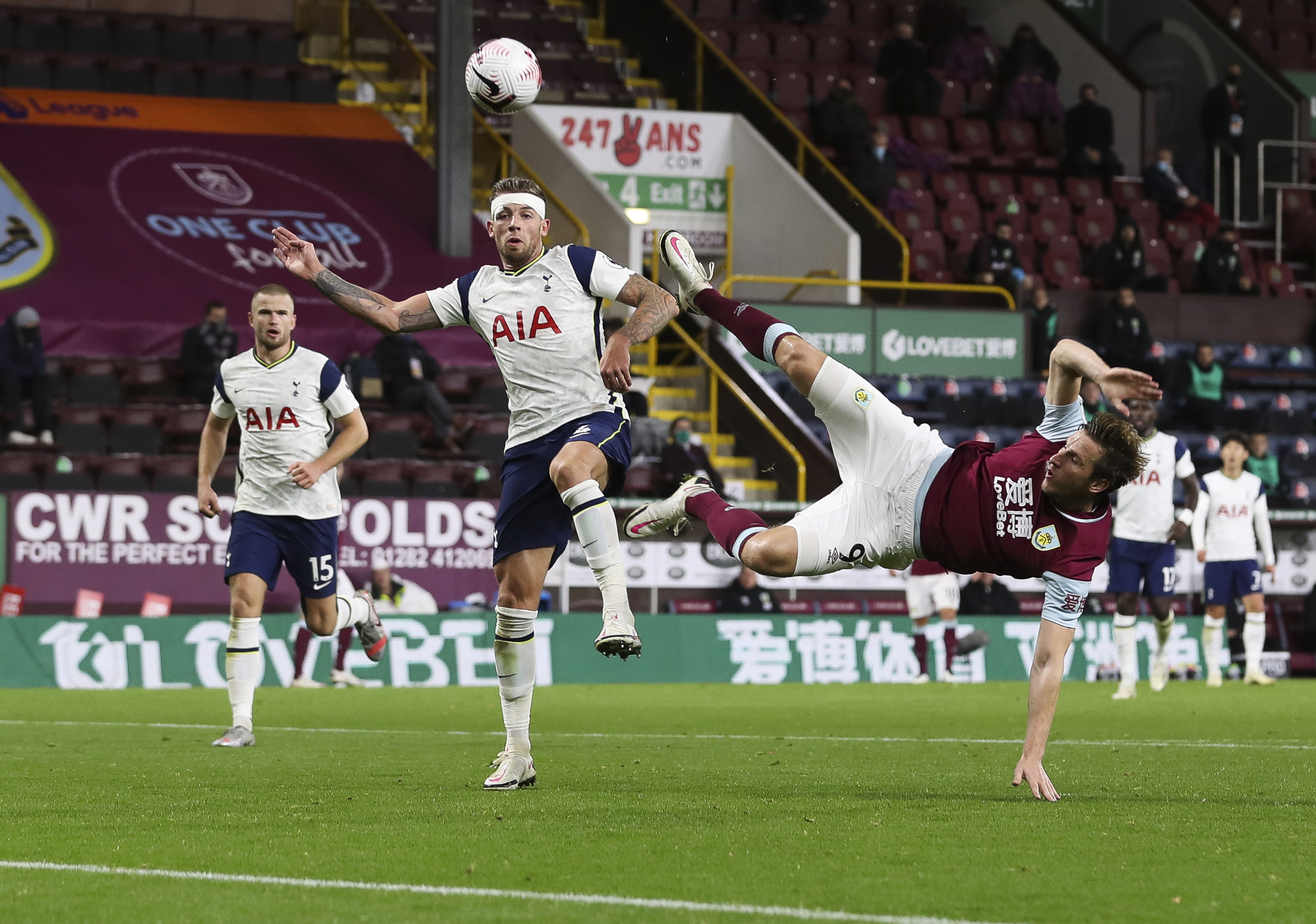 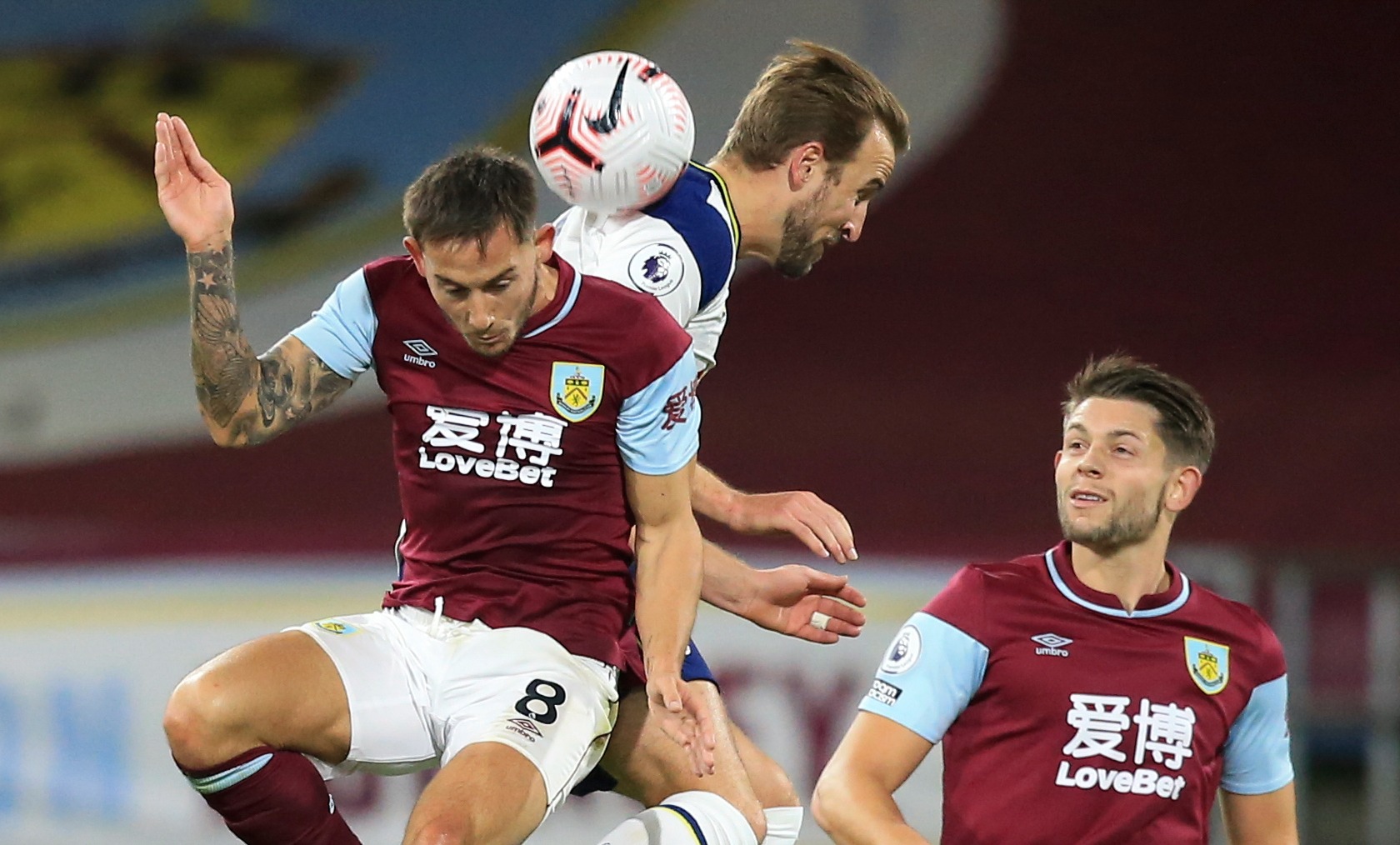 Tottenham made SEVEN changes to their starting line-up from Thursday’s 3-0 Europa League win at home to Austrians’ LASK.

The return of Hugo Lloris, Eric Dier, Son Heung-min and Harry Kane highlights what strength in depth they now have in their squad.

One of the criticisms levelled at previous Spurs boss Mauricio Pochettino was that he had a superb first XI – but the rest was lacking.

While Dele Alli, Davinson Sanchez and Steven Bergwijn were not even named in the matchday 18.

Some may believe this embarrassment of riches makes life easier for Mourinho, but in fact the opposite is true.

The Special One now has no excuses.

He cannot claim, like many of his predecessors, that he has not been backed by Spurs board.

His opposite number Dyche made just one change with Matt Lowton coming in for Erik Pieters.

Josh Brownhill earned what will surely be on the season’s quickest yellow cards when he was booked for bringing down Tanguy Ndombele with less than a minute on the clock. 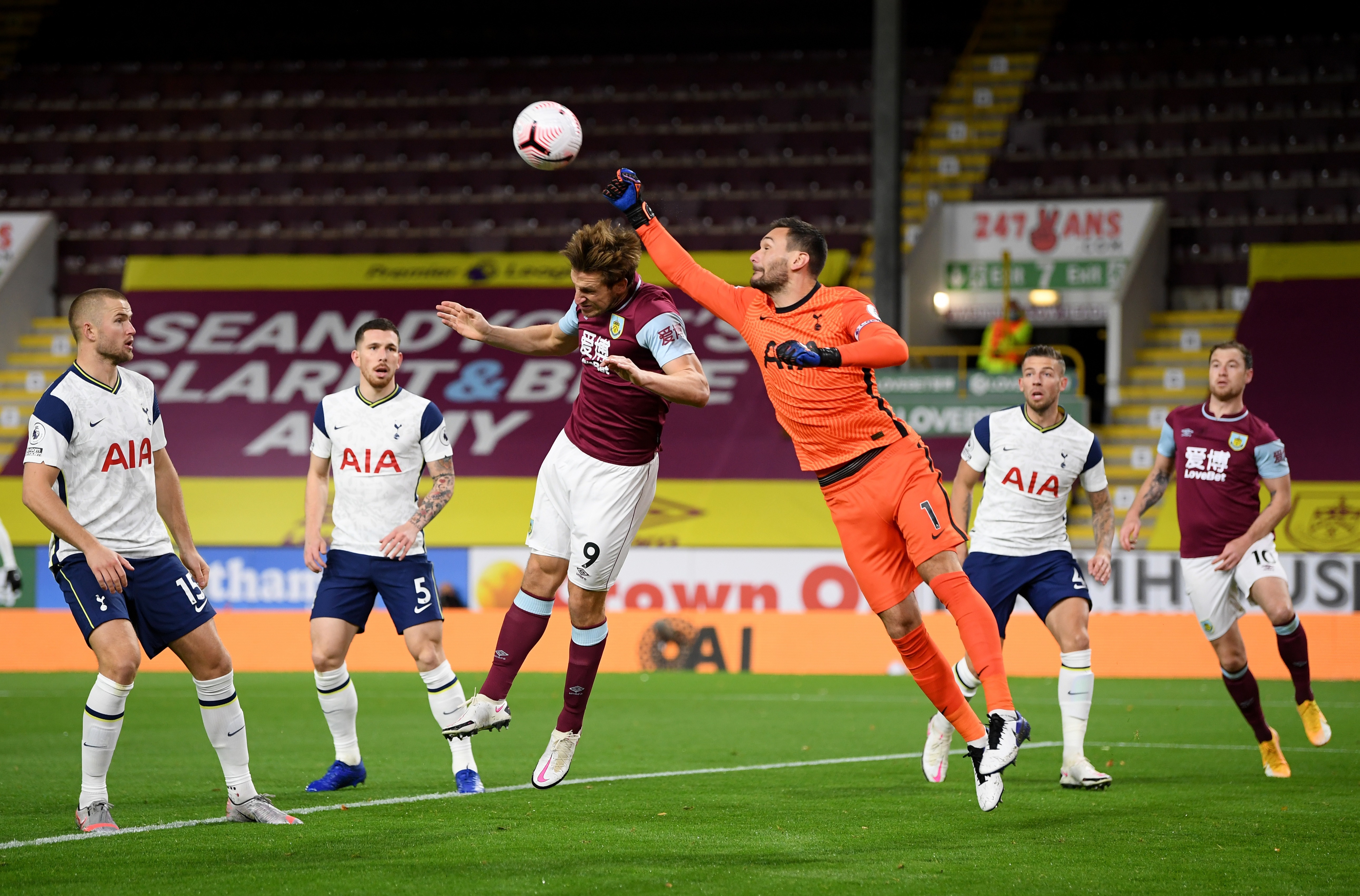 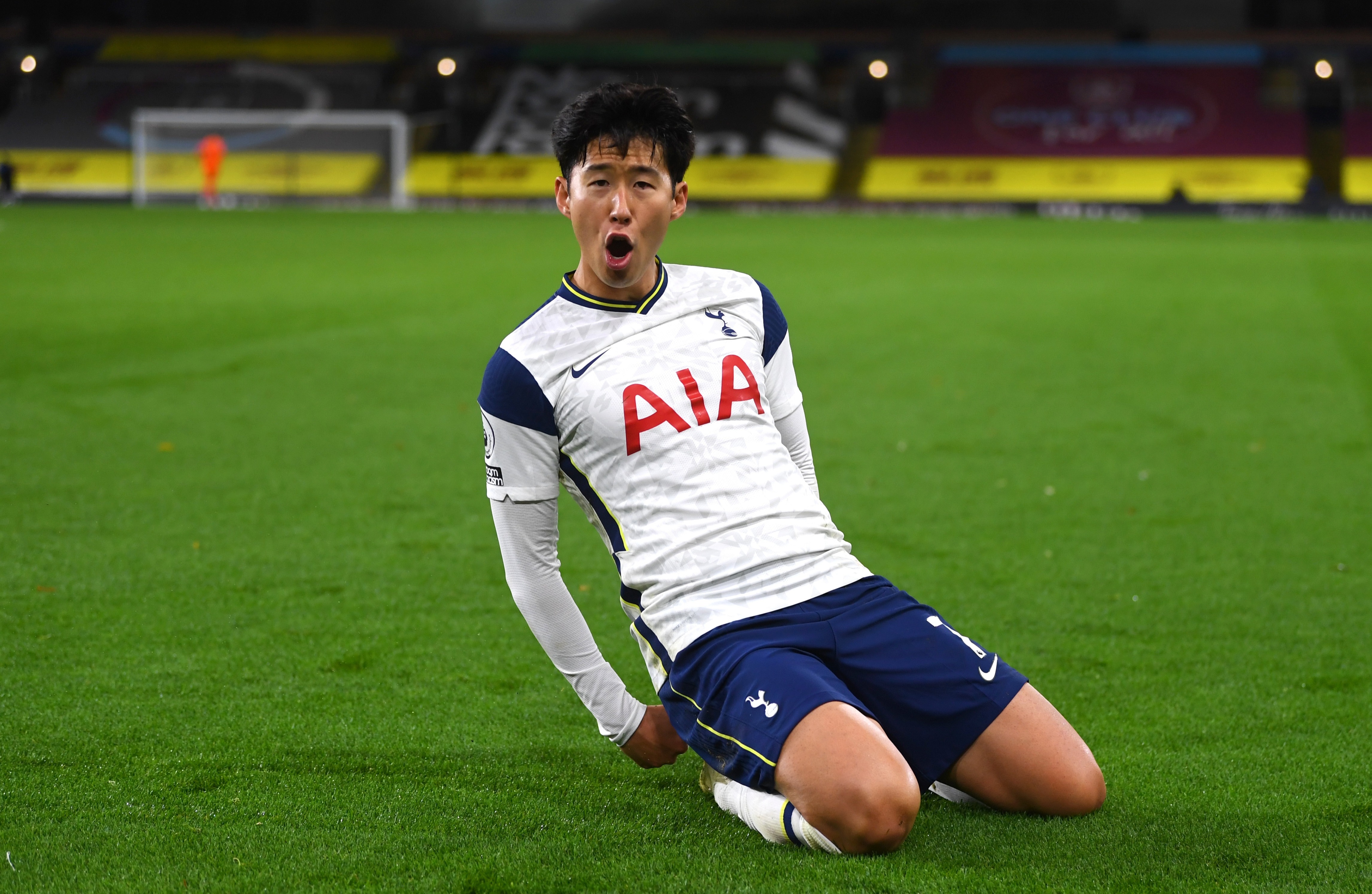 The first half was so dull even many of the fake TV crowd thought about leaving early.

Ashley Barnes put the ball in the net for Burnley but it was so offside even VAR Craig Pawson could not be bothered replaying it.

Tottenham had scored 11 goals in their first two away matches of the season – winning 5-2 at Southampton and 6-1 at Manchester United.

But the Londoners posed a far less attacking threat here, not even registering a shot on target in the first half.

Indeed it was only another smart Lloris save, down to his left this time, which prevented Johann Berg Gudmundsson from giving the hosts the lead with a 30-yard shot moments before the break.

The second half was no better.

Burnley almost grabbed an opener when Tarkowski’s header from a corner was cleared off the line by Kane.

Kevin Long then denied Son a goal with a brilliant block tackle.

It looked like it was going to finish goalless until Kane nodded on a 76th minute corner for Son to head home.