BRUNO FERNANDES has spoken of his pride to be compared with Eric Cantona after a monumental 2020-21 season.

The attacking midfielder, 26, joined the Red Devils in January 2020 but has already been involved in 65 goals in all competitions. 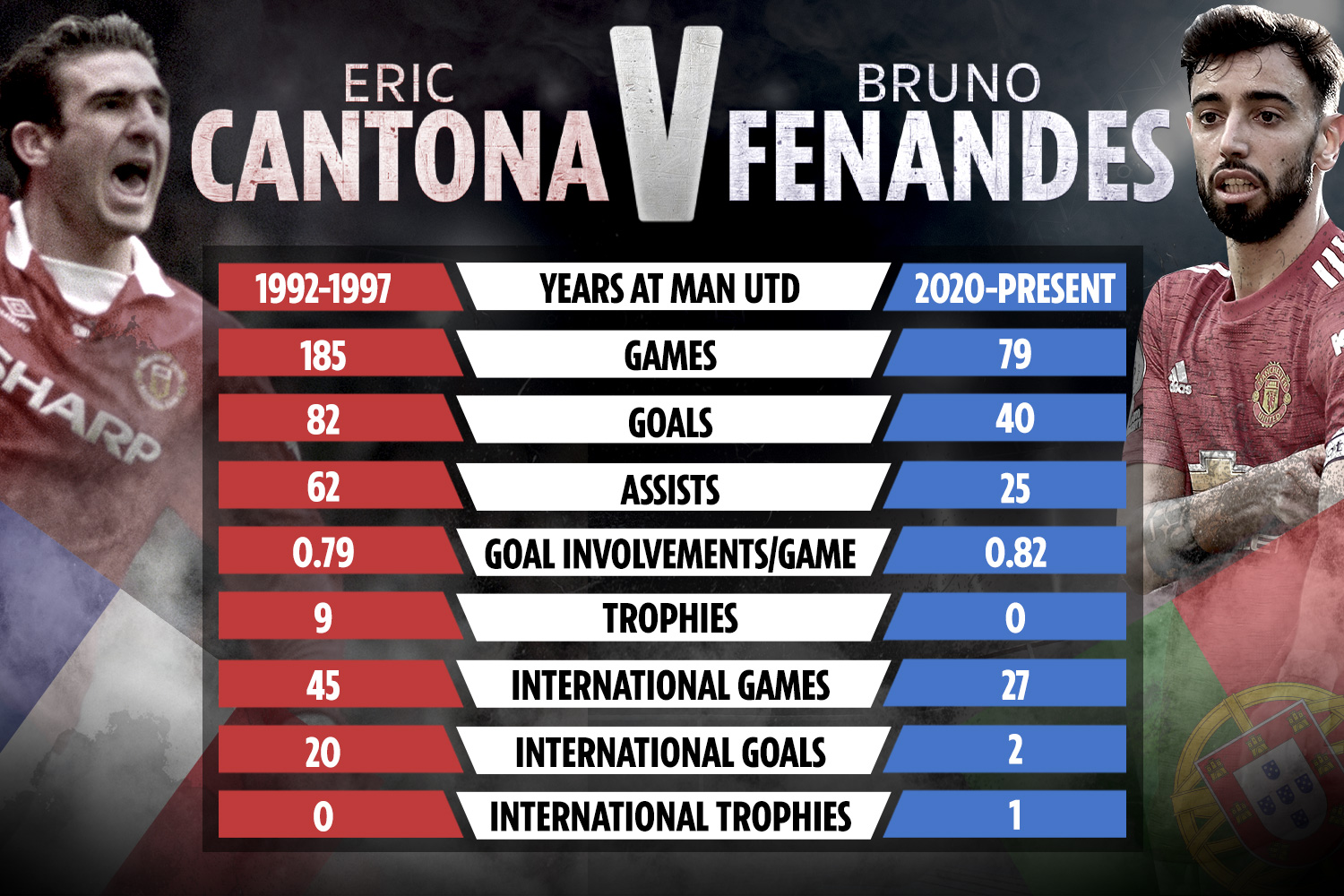 Sir Alex Ferguson claimed Fernandes is the exact player United have been missing since his departure with his ability to open up defences.

Such has been the Portuguese star's impact in the past 18 months, many have now compared the Old Trafford No18 to club icon Cantona.

And Fernandes has revealed his joy at even being mentioned in the same breath as the Frenchman.

Fernandes told BBC Sport: "It is an honour to be compared with him.

"The impact he had was really high and he won many major trophies with the club.

"But when you are compared with this kind of big player it means you need to be better every day.

"It makes me work harder to keep in the mind of the people, being compared with him. That, for me, is a good pressure."

But has Fernandes really had a big enough impact to be considered as being up there with Cantona? The stats suggest so.

Cantona played 185 times for the Red Devils, scoring 82 times while laying on 62 assists.

Fernandes, meanwhile, has already scored 40 times in under two seasons, while adding a further 25 assists.

His 65 goal involvements have come from just 79 games, meaning he averages 0.82 goals per game – BETTER than Cantona.

Of course, Fernandes is yet to get his hands on a trophy at Old Trafford, with Wednesday night's Europa League final a chance to break that duck.

But one thing is for sure, fans and pundits aren't getting ahead of themselves comparing Fernandes to Cantona.

He's just as good, if not better…