Home » Sport » Brisbane slip past Victory in a soggy goalfest

Brisbane slip past Victory in a soggy goalfest Melbourne Victory were edged 4-3 by Brisbane Roar in a pulsating W-League match at a rain-drenched Lions Stadium.

With thunderstorms looming all afternoon the two sides, at opposite ends of the table, put on a show for the fans scoring seven goals, with five of them coming in the second-half. 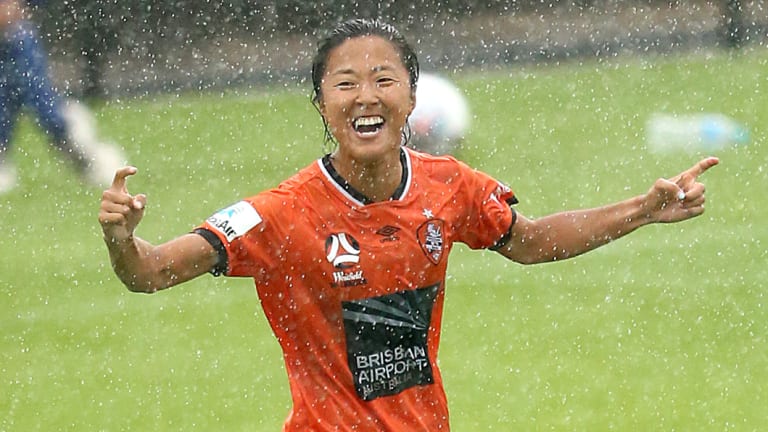 Playing at home and desperately needing a result it was perhaps unsurprising that Brisbane looked ready and willing from the opening whistle and they got their reward after just 10 minutes with a brilliant Allira Toby strike.

The winger picked the ball up 30 yards out and, spotting Victory goalkeeper Casey Dumont off her line, unleashed a shot that found the back of the net.

The goal seemed to kick Victory into gear as they slowly but surely began to ramp their attack up culminating in a 22nd minute equaliser through Christine Nairn after Natasha Dowie was fouled just outside the box.

Nairn stepped up from the resulting free-kick and her effort left Roar shot stopper Mackenzie Arnold rooted to the spot as she watched the ball fly into the top left corner.

As the weather worsened after half-time the home side began to take control, Ubogagu grabbing Roar’s second on 47 minutes as her shot from a narrow angle wasn’t held by Dumont who fumbled it into her own net.

The Victory custodian’s mistake ultimately proved fatal as just over an hour into the match Roar moved into full control through another mistake from a travelling player.

Yuki Nagasato’s dangerous cross was caught in the wind and glanced off Dowie’s head and into her own net while her direct opponent Clare Polkinghorne wheeled off in celebration. 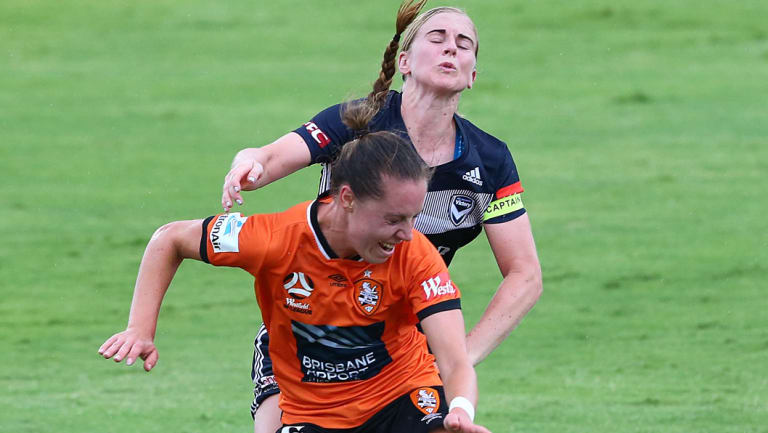 The result seemed to be a forgone conclusion as rain pelted down but with eight minutes to play Dowie turned from villain to hero as her predatory instincts kicked in to pull one back for Victory. Emily Gielnik’s shot clattered of the post and Dowie was the first to react, smashing home the deflection and giving her side hope in the surrounding gloom.

Nagasato then seemingly put the result beyond all doubt in injury time with a clever turn and shot after being put through by Celeste Boureille only for Gielnik to hit back immediately off a Victory counterattack with a well-timed finish. The score remained the same after that, but there was more drama when Carson Pickett was taken off with concussion and Katrina Gorry was sent off for a second yellow. 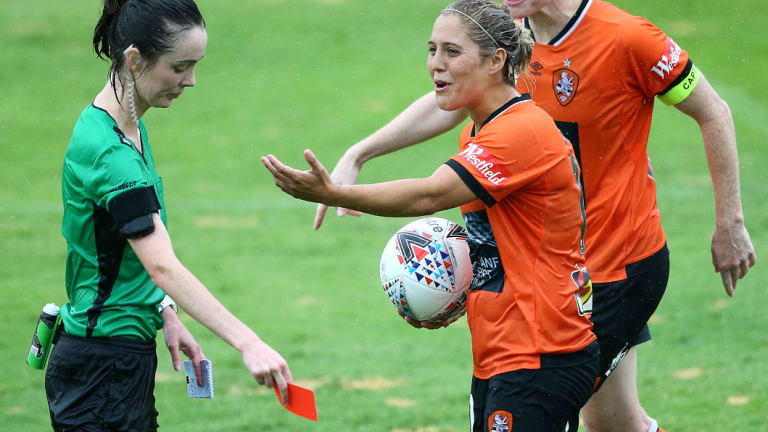 Early shower: Brisbane’s Katrina Gorry reacts after being given a red card for her second bookable offence.Credit:AAP