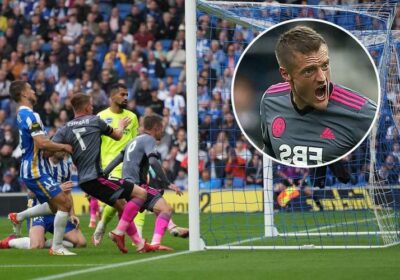 BRIGHTON rose to third as they held off a second-half onslaught by Leicester – thanks to VAR.

The Seagulls had gone 2-0 up thanks to Neal Maupay’s contentious penalty and Danny Welbeck’s header. 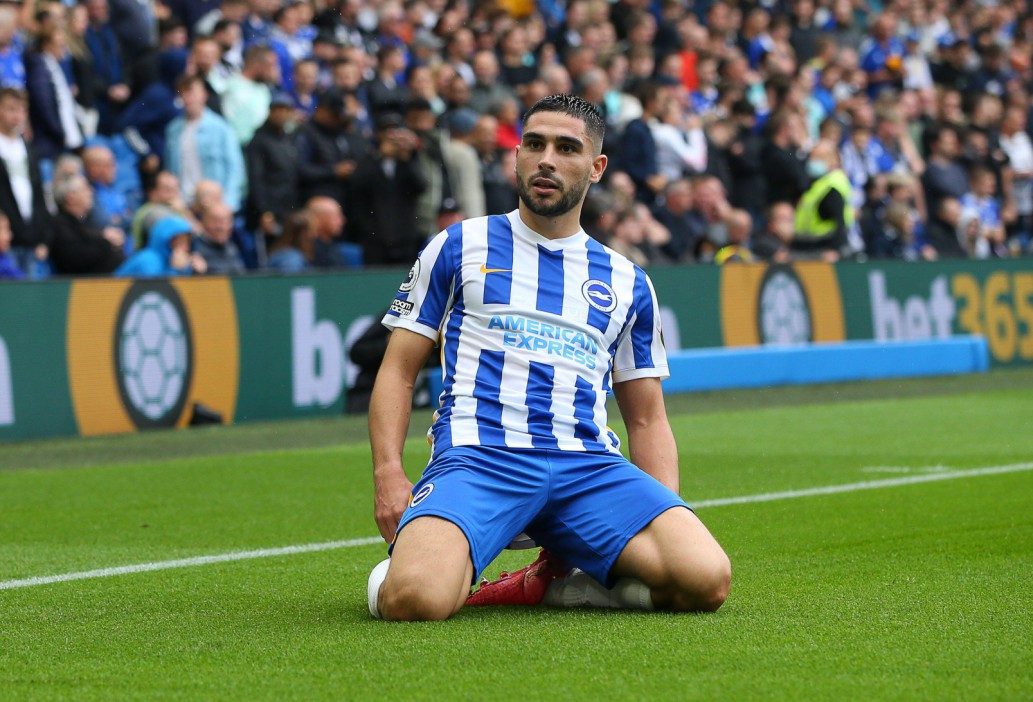 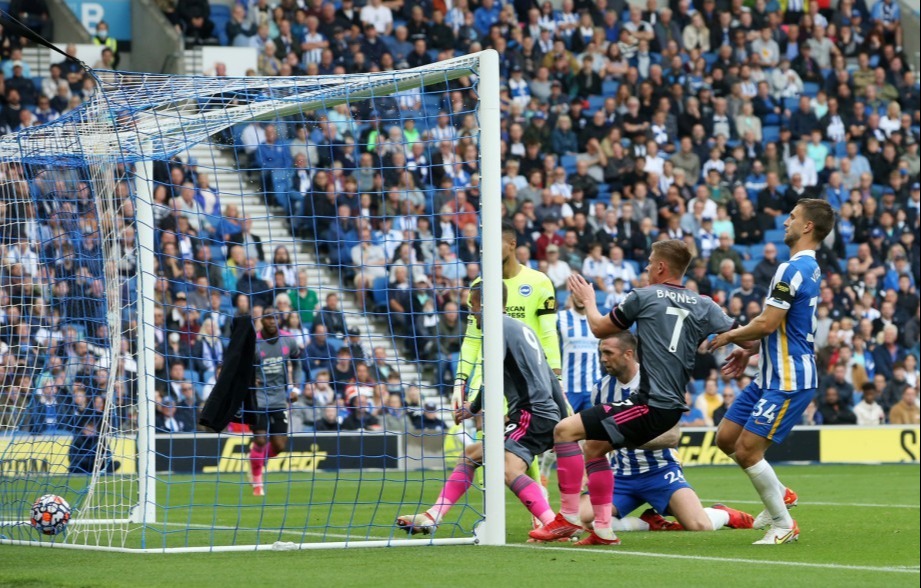 But the pressure was on when Jamie Vardy reduced the deficit with his 150th Foxes goal.

The hosts thought they had cracked – on two occasions – when Ademola Lookman and Wilfred Ndidi turned home.

Yet both efforts were ruled by VAR due to an offside Harvey Barnes interfering with play.

Barring the first ten minutes, Brighton dominated the opening 45 with Maupay denied an opener when his shot looped onto the roof of the net thanks to Jannik Vestergaard’s block.

The pair would clash again soon enough but first there were decent chances squandered by Solly March and Adam Lallana as the hosts pressed for the opener.

It came in fortuitous fashion with ten minutes to go to half-time when Stuart Attwell eventually awarded a spot-kick after consulting his assistant referee.

Shane Duffy had headed the ball into Vestergaard’s raised arm from a corner and the contact was undeniable.

But Leicester were raging as they felt that Maupay had fouled Vestergaard, putting the great Danish defender off balance.

Replays suggested they had a strong case – yet VAR mysteriously overlooked the infringement and upheld Attwell’s decision.

Maupay had some demons to put to bed with the penalty, having had one saved by Kasper Schmeichel in a 0-0 draw at the King Power during Project Restart two seasons ago.

Schmeichel dived to his right that day and had he done the same again here he would have had a strong chance of repeating the feat.

Yet this time the Foxes skipper went to his left with Maupay opting for the opposite corner to claim his third Premier League goal of the season.

Brighton had failed in their search for a new striker in the summer but the way Maupay has started this campaign, perhaps a new forward recruit was not as essential as some thought.

There was a nervy moment for Albion fans as Yves Bissouma then went crashing to the turf as he challenged the powerful Boubakary Soumare.

In the end the Malian was OK to continue and it was a Leicester midfielder who went off at the break instead as James Maddison was subbed for Ademola Lookman.

The change definitely helped the visitors but only after they had fallen another goal behind when Welbeck flicked home Leandro Trossard’s free-kick.

It was a classy finish from the former Manchester United and Arsenal striker who has had a new lease of life since coming to the South coast.

The header also meant Welbeck became the first player to score a Premier League goal in each of the last 12 seasons. 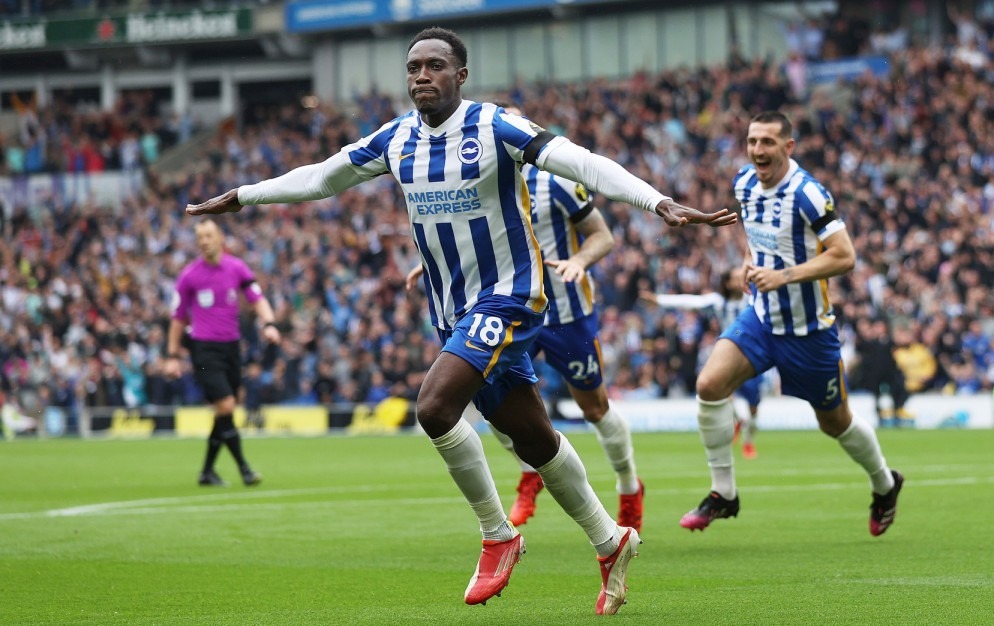 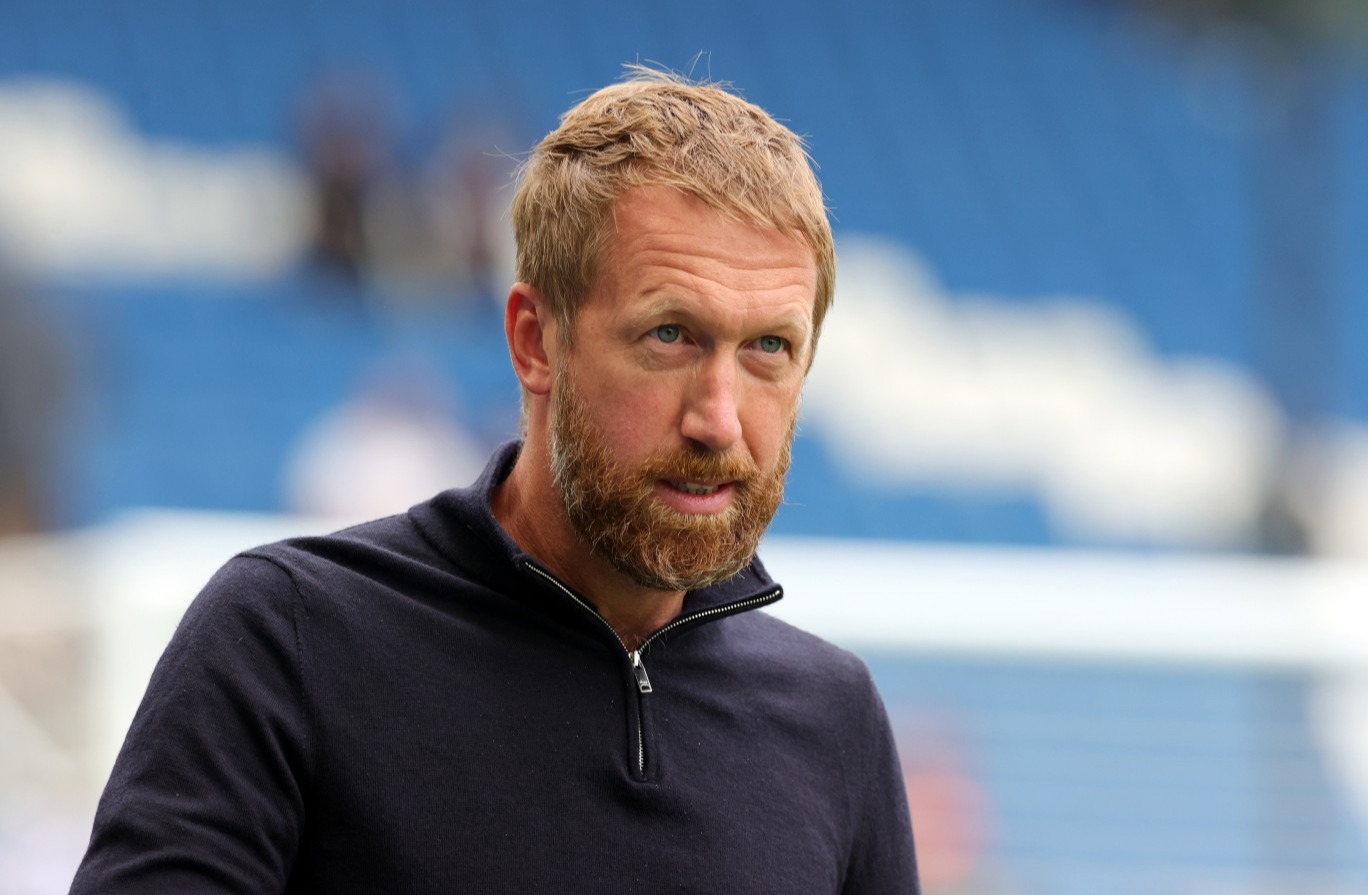 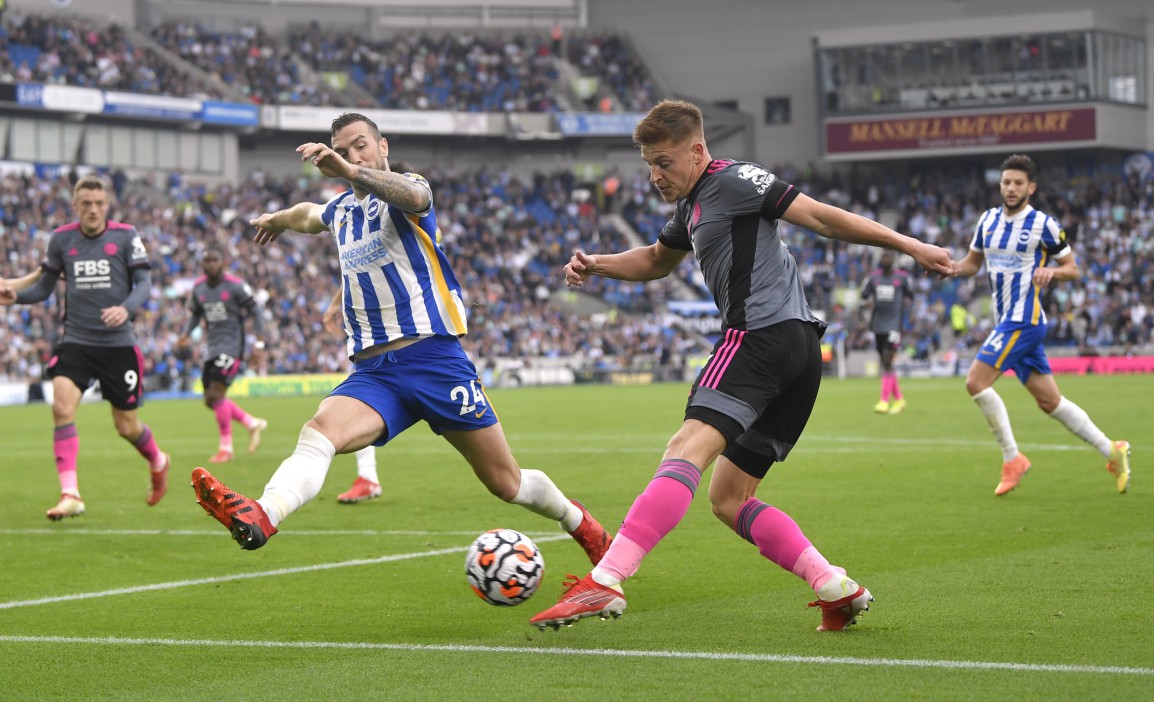 His top-flight total in that time is only 50 – just imagine how many more it would be were it not for all his injuries.

Soumare showed his power and dribbling ability as he raced into the box but his shot was weak.

Then, just after the hour, Vardy struck, as he nearly always does against Brighton.

The former England man was picked out by Youri Tielemans’ delightful clip to the back post and finished clinically.

His strike was his 121st in 250 Premier League appearances, a staggering stat that proves his status as one of our league’s modern greats.

Leicester pushed for a leveller and thought they had it – on two occasions.

First, sub Lookman had a strike ruled out when Barnes was adjudged to have been offside and interfering with the goalkeeper.

VAR had a good look at that one which seemed harsh on Barnes, who then had an effort deflected onto the bar.

The scenario then repeated itself but this time with Wilfred Ndidi having a strike chalked off.

Again Barnes was deemed to be in an offside position and blocking the keeper as his team-mate connected with the ball.