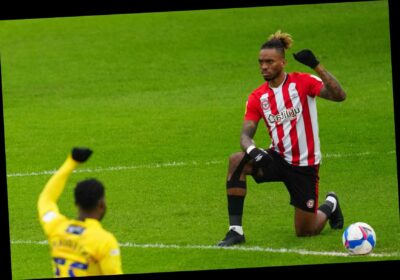 BRENTORD’S players have announced they will no longer take the knee before matches – starting with Sunday's meeting with Barnsley.

The Bees squad issued a statement on Saturday night reinforcing their commitment to eradicating racism and discrimination, but explained they believe the gesture is ‘no longer having an impact’. 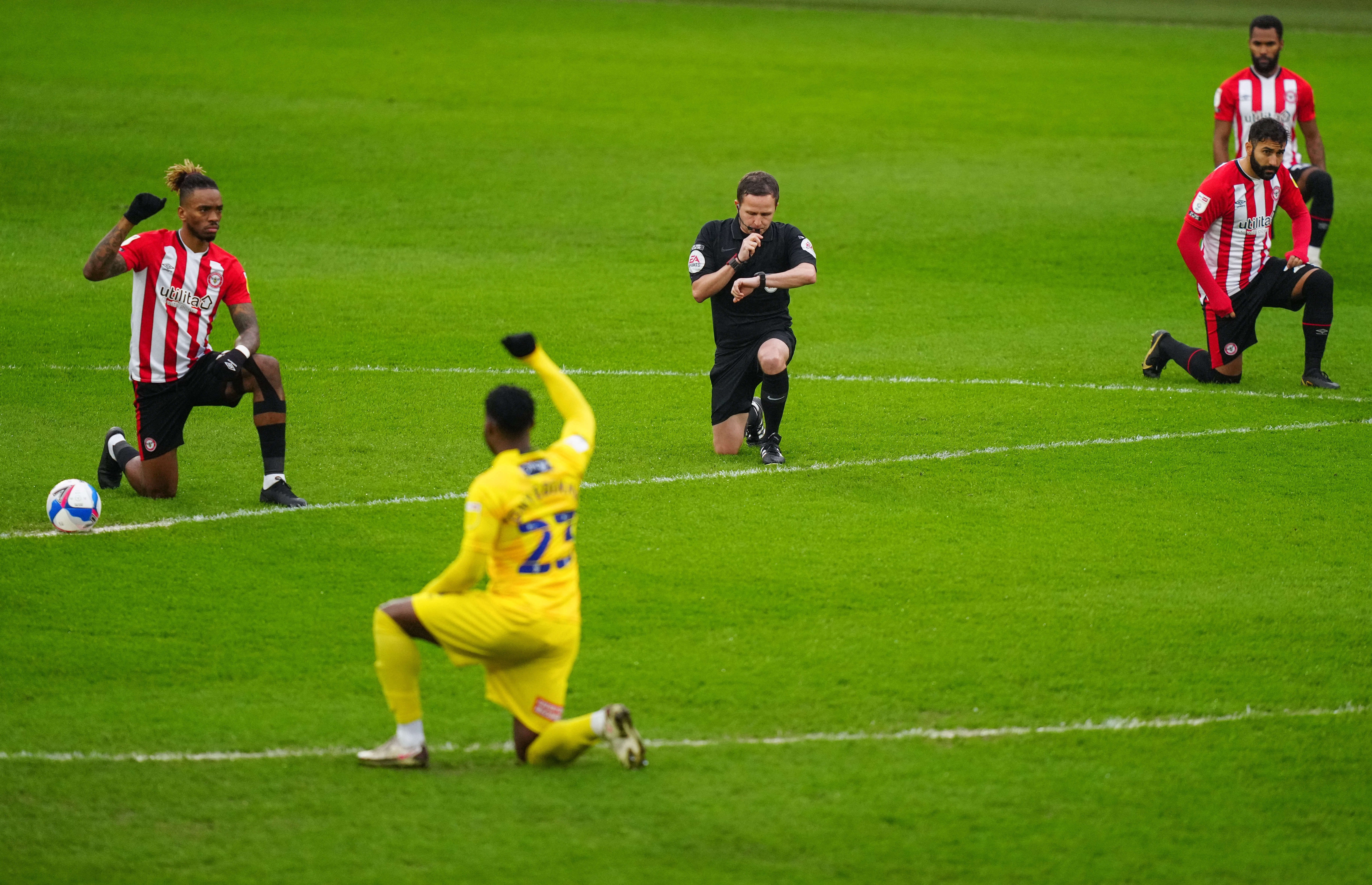 The decision comes just days after Crystal Palace winger Wilfried Zaha said it was 'degrading' for black players to have to take the knee to 'show that we matter'.

The Brentford players’ statement read: “We have been taking a knee before games since June but, like many of our fellow players at other clubs, no longer believe that this is having an impact.

“We believe we can use our time and energies to promote racial equality in other ways.

“As a group we are fully behind and proud of Brentford’s desire to become the most inclusive club in the country and the drive towards equality under the #BeeTogether banner.

“We have experienced racist abuse first hand and have also seen some appalling comments made to other players past and present.

“There is a clear need to continue to push for an end to all discrimination and, as players, we will be part of that at Brentford FC, in football in general and in the wider community.

“Racism is the opposite of what we stand for.

"As players we will show our commitment to togetherness and racial equality on and off the pitch between now and the end of the season, and beyond.

“We will also support our colleagues at other clubs that still want to take a knee before games.”

Speaking last week, Zaha said: "The whole kneeling down? Why must I kneel down for you to show that we matter?

"Why must I even wear Black Lives Matter on the back of my top to show you that we matter? This is all degrading stuff."