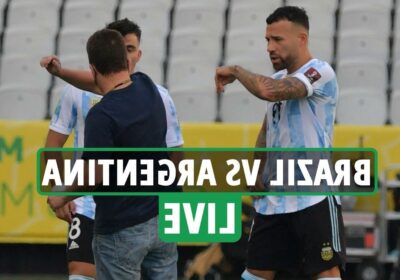 BRAZIL'S World Cup qualifier against Argentina in Sao Paulo has been ABANDONED after astonishing scenes.

Health chiefs stormed onto the pitch after just five minutes of play to try and detain Argentina's four Premier League players – Emiliano Buendia, Emiliano Martinez, Giovani lo Celso and Cristian Romero – who had flown in from the UK on a private jet to play in the game.

Buendia and Martinez play for Aston Villa, while Lo Celso and Romero feature for Tottenham.

The Brazil health officials tried to detain the UK-based players because of a Covid-19 breach saying they had to quarantine.

Under Brazilian rules, visitors who have been in the UK in the 14 days before entering the country must quarantine for 14 days on arrival.