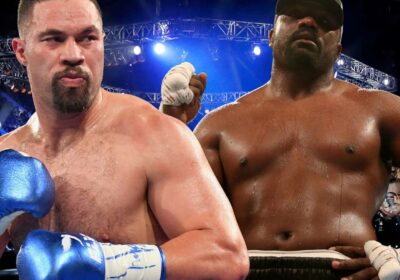 Kiwi heavyweight Joseph Parker (28-2) takes on Derek Chisora in Manchester (32-10) next weekend. Our stable of boxing experts tackle all the big questions in the lead-up to the bout.

Who wins the fight and why?

Dylan Cleaver: Let’s preface everything that is about to follow with this pithy truism: when you’re in the ring with a heavyweight banger like Derek Chisora, you’re only ever one punch from disaster. That is surely the only road to victory for the Zimbabwe-born Brit. If Parker stays on his feet, something he is very good at, his hand speed, reach and skill should be enough to compile a comfortable points victory.

Liam Napier: Parker. He’s younger, fitter, more mobile, has much faster hand speed and an underrated chin, which he’ll need in this fight. In the context of his career ambitions, there’s also no coming back from defeat.

Christopher Reive: Joseph Parker. The fire-fight style that Chisora brings won’t worry Parker, who has shown he’s more than willing to sit in the pocket and exchange in recent bouts. While that’s not the greatest strategy against someone so heavily reliant on their power as Chisora, it’s a comfort to Parker to know he can take a punch. With a reach advantage and one of the fastest jabs in the game, Parker should be able to dictate the range, and his footwork and movement around the ring should make things that much more difficult for Chisora to turn it into a slugfest. Parker also has the better cardio base, so will be coming home strong in the late rounds should it reach that point.

Chris Rattue: It’s a very tough fight to predict because it is impossible to know if the switch of trainer from Kevin Barry to Andy Lee will produce immediate results for Joseph Parker, or whether it will take some time for any advantages to show.But I’m sure he will be fresher and more energetic – there seemed to be too much of an effort to script his career when it got in trouble, rather than letting the real boxer flourish.I’ll pick Parker to win on points, but not with any conviction.

This will be Parker's first fight under his new trainer Andy Lee. Do you think he'll be better than what we saw under Kevin Barry? How and why?

Cleaver: This is the most intriguing thing about fight and is probably enough of a reason in itself to buy a PPV. The likelihood is that he’ll be “better” than he was in the dying days of the Barry partnership because it was obvious that they were flatlining together. If you work on the theory Parker will become a more Fury-like fighter – Lee is a cousin of Tyson and Hughie – then perhaps Parker will become a more pragmatic, savvy operator in the ring. That might not please those who just want to see Parker start brawling.

Napier: There will be improvements, sure, but it’s probably unrealistic to expect dramatic transformations after a seven-week camp. Parker should have switched trainers years ago. It was evident for all to see his movement and tactics became stale under Barry – there was a clear lack of a plan B in fights and frustration would therefore set in early. In this regard, Parker is too loyal for his own good. For this fight he’s focused on returning to the basics to target improving his stance, balance, timing, combinations and speed.

Reive: It’s hard to imagine there will be a whole lot of change in what we’ll see from Parker, given this new partnership is such a new thing. Lee coming with the seal of approval from Tyson Fury however, and Parker has mentioned they have been working on some punching techniques to improve his power which has come under criticism in recent times. Eventually, there will be indications and improvement to suggest it was the right move, but they might not show in this fight. If anything, game planning will be the most important thing when it comes to a wild man like Chisora.

Rattue: I suspect we will see a difference early on, but fights take on a life of their own and if Chisora can get into his brawling game, it could shut the new look Parker down. If he survives the mid-fight madness, Parker will finish with a flourish.

Parker's back-to-back defeats in 2018, to Anthony Joshua and Dillian Whyte, had critics questioning his ability to get back to the top. Have you seen anything since – in his bouts against Fa, Shawndell Winters, Alex Leapai or Alexander Flores – to suggest he can?

Cleaver: Not really, although I’m not sure I agree with the framing of the question. Parker was unlucky against Whyte and there was plenty of evidence in that fight he could mix it with the best in the division. That wasn’t a “bad” loss if there’s such a thing because it was a spectacular bout that made him attractive to the likes of Matchroom. Some of the criticism he received following his fight against Fa was justified – it was an ugly, dull fight – but I’m not sure that was his fault entirely and he did, after all, secure a comfortable win.

Napier: Not really, no, which makes this such a pivotal juncture. While Parker’s victory over Fa was underwhelming, it kept him in the mix for another title shot. Now it’s imperative he delivers a genuinely impressive performance, one that proves he belongs among the elite in the division of giants.

Reive: Absolutely there is, particularly in his wins over Flores and Fa. Flores only has three losses on his record – Parker, former IBF heavyweight champion Charles Martin and Luiz Ortiz, currently top-5 ranked in WBC and WBA rankings. The method in which Parker put Flores away was impressive and definitive, while his win over Fa might have been frustrating, but he found a way to get the job done. Parker was very competitive against Whyte, and a win over Chisora puts him right back in that mix once more.

Rattue: I’d frame the question: Does Parker have one or two great fights in him?There’s no reason why not. He doesn’t strike me as someone who has a long career of sensational boxing in him. The strong rumour is that he has not been the best of trainers. But boxing isn’t like football. There’s no real form guide at this level, below the true greats of heavyweight boxing. Boxing is a marriage between ability and desperation, and in this sort of fight the will to win is everything. Parker needs to find a new level of determination in his pre-fight camps – we’ll find out if Andy Lee has worked out how to push the right buttons.

Is Chisora any good/Do you rate Chisora in the heavyweight ranks? What makes him dangerous?

Cleaver: The bald stats say that he’s lost close to a quarter of his professional fights. That’s not a great record. He remains popular with matchmakers, however, because he’s aggressive, fearless and is prepared to take a punch to make a punch. Last year he took the highly rated Oleksander Usyk the distance (though it wasn’t a close fight), and three years ago he beat Carlos Takam by TKO, something Parker couldn’t manage when they fought in Manukau previously.

Napier: Chisora has long been a credible heavyweight, without ever claiming a world title. He went the distance with Vitali Klitschko for the WBC crown in 2012; lost to his now manager David Haye the same year and suffered dual defeats to Tyson Fury in 2011 and 2014. His best, most recent result is the TKO victory over Carlos Takam in 2018. At 37-years-old and with 10 losses on his resume, Chisora is past his prime. He’s durable, entertaining and throws heavy bombs, but his come forward style is predictable and should suit Parker.

Reive: Chisora has most of his success if he can dictate the pace and range that the bout is fought at. His power is his main weapon and if he catches his opponent flush, the fight usually doesn’t go much longer (see his KO of Artur Szpilka). However, the top ranked boxers such as Dillian Whyte, Oleksander Usyk and Tyson Fury have shown if you can avoid that big right hand of his and see out the early rounds, he can struggle to adjust to a plan B and is vulnerable when he slows down.

Rattue: Put it this way – they won’t be talking about him in 10 years’ time. But he is an interesting, aggressive fighter who can polarise opinions, and you can’t ask for much more than that. If boxers like Chisora prepare well and are highly motivated, they are capable of a great night or two.

If Parker wins, how bright is his future?

Cleaver: Bright is a subjective word. Personally, I don’t believe Parker has the out-and-out talent to match up against Anthony Joshua and Tyson Fury but you look at the rest of the division’s contenders and he’s beaten (controversially) Andy Ruiz Jr and should have beaten Whyte. Why wouldn’t he be in line for another shot?There’s also a lucrative market for attractive fights below championship level. Chisora keep getting big paydays because promoters know he’ll put on a show. Prizefighting is a perilous career; Parker has banked a lot of money already and stands to bank some more if he remains a credible, dangerous performer. That’s a big win right there.

Napier: A win is expected to secure Parker another Matchroom contract that will keep him well paid – his last three-fight deal earned him around $6 million. But another title shot won’t arrive anytime soon. With Fury and Anthony Joshua set to face-off in a unification fight, which includes a rematch clause, and Deontay Wilder having claims to another fight with Fury, the belts will be tied up for at least the next 12, probably 18 months. That’s not to say there aren’t enticing fights to be made. Parker could challenge Whyte to a rematch, or face the 18-0 Oleksandr Usyk. Victory maintains his relevance, ranking and appeal – vital ingredients for any boxer.

Reive: A win doesn’t put him right back in title contention, but there are some big fights to be had on the way back to the top. Chisora has become something of the ultimate gatekeeper in the heavyweight ranks, and beating him will unlock plenty of doors.

Rattue: Boxing politics is a complicated game.He doesn’t hold the aces anymore but there’s always another payday for a boxer somewhere. A win would give him a surge of confidence and energy.