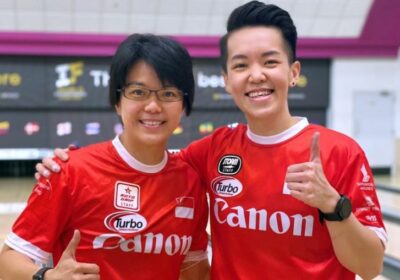 SINGAPORE – National bowlers Shayna Ng and Cherie Tan have secured a medal for Singapore at the International Bowling Federation Super World Championships after advancing to the semi-finals of the women’s singles event on Wednesday (Nov 10).

Ng and Tan booked their spot in the last four after their respective wins over Malaysia’s Natasha Roslan (258-236) and the United States’ defending champion Danielle McEwan (254-211) in the quarter-finals at the Dubai International Bowling Centre.

The semi-finals on Friday are held in a one-game format, with the winners advancing to the final. The losing semi-finalists are guaranteed a bronze medal as there is no play-off for third place.

Earlier on Wednesday, Ng booked her spot in the quarter-finals after beating Filipino Rachelle Leon in a tie-breaker after finishing joint second with her in Group B the match play round.

Tan secured her place in the quarters after defeating compatriot New Hui Fen and Colombia’s Laura Plazas Rodriguez in a tie-breaker after placing joint second with them in Group C, with Iliya Syamim coming in seventh in the same group.

In the men’s singles match play round, Darren Ong came in sixth in Group B.