A long-range effort from Roberto Firmino was palmed back into the danger zone by Asmir Begovic, with Salah steaming in to slot home his seventh of the season. 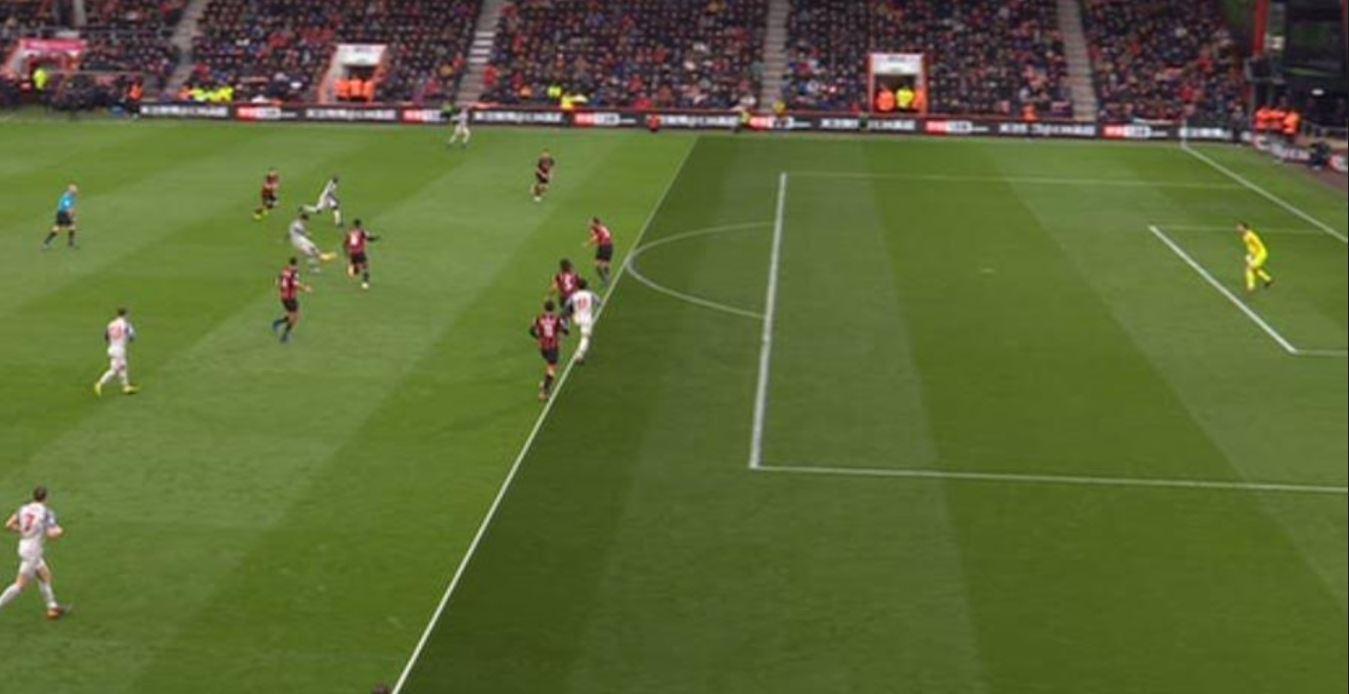 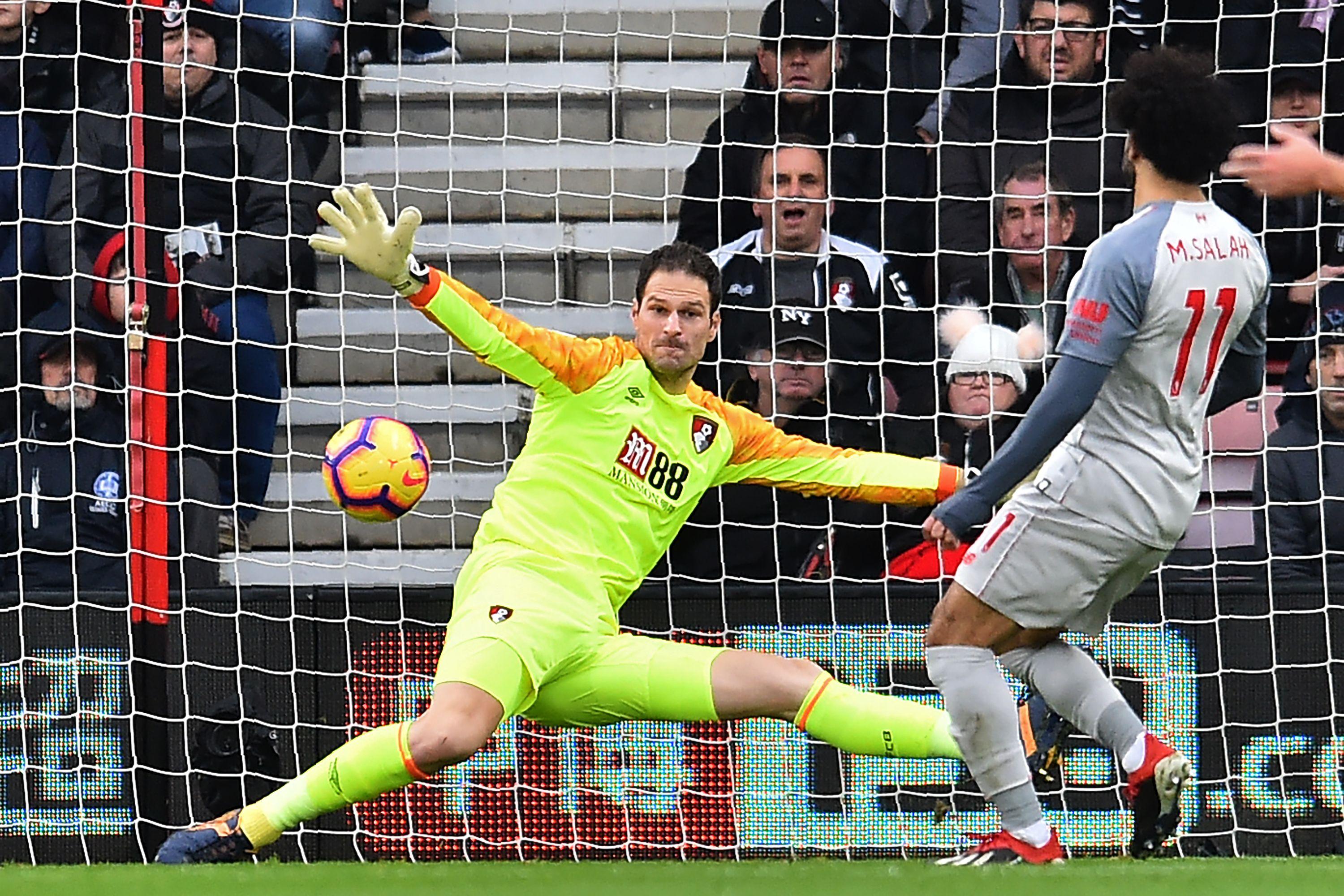 But replays showed the Egpytian, who would complete a hat-trick in the second-half, was clearly offside.

Speaking at half-time on Sky Sports, former Liverpool midfielder Jamie Redknapp said it was a poor mistake by the assistant referee.

He said: "You can see Salah is in an offside position and the linesman should see that.

"The ball definitely moves. It swerves around the defender, but he was in an offside position."

A player in an offside position at the moment the ball is played or touched* by a team-mate is only penalised on becoming involved in active play by:


A ‘save’ is when a player stops, or attempts to stop, a ball which is going into or very close to the goal with any part of the body except the hands/arms (unless the goalkeeper within the penalty area). 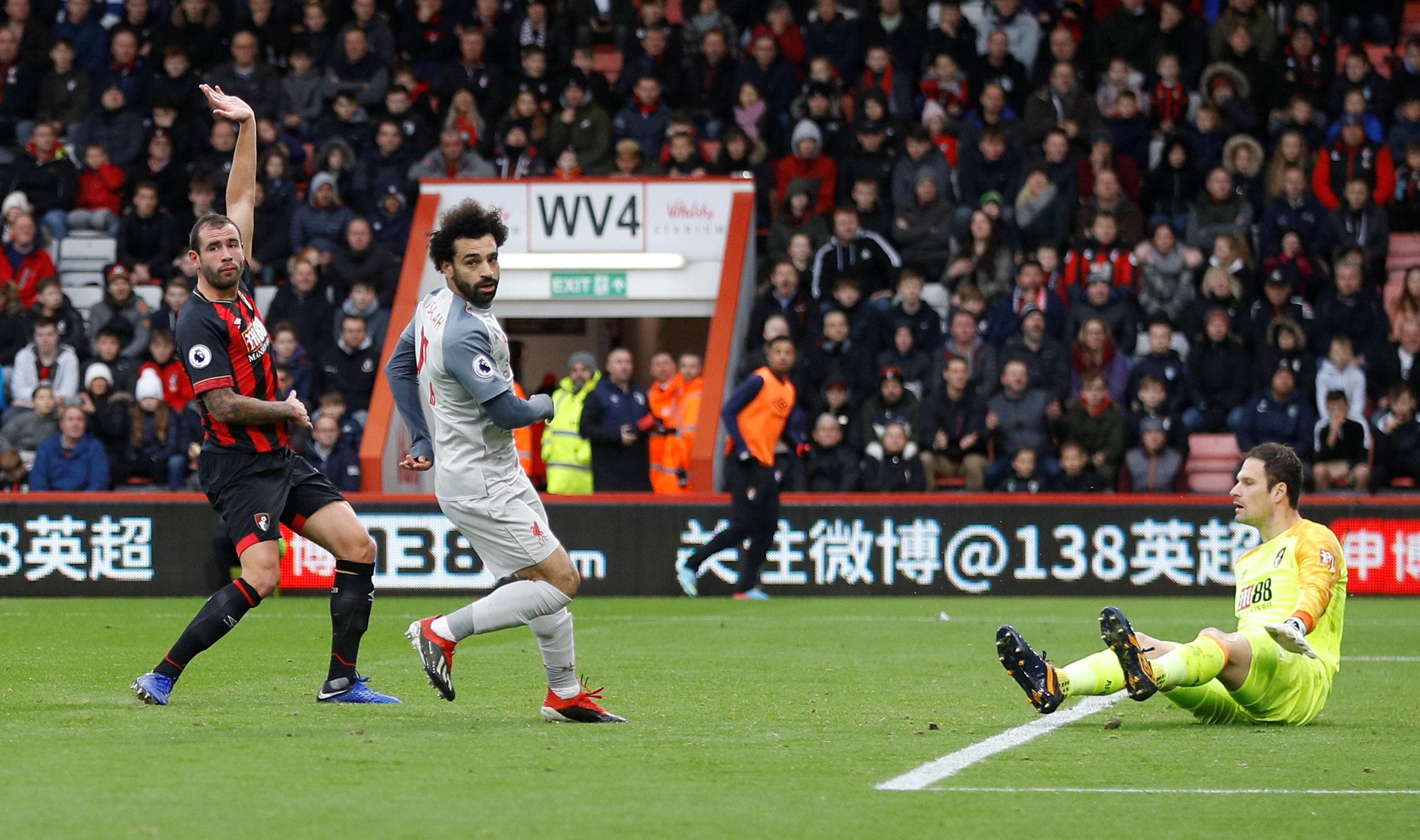 Salah also offered a muted celebration, seemingly unsure if the linesman was going to give it or not.

He barely raised a smile – and definitely looked displeased when Firmino started to slap his face.

Fans on social media were very unhappy the goal was given.