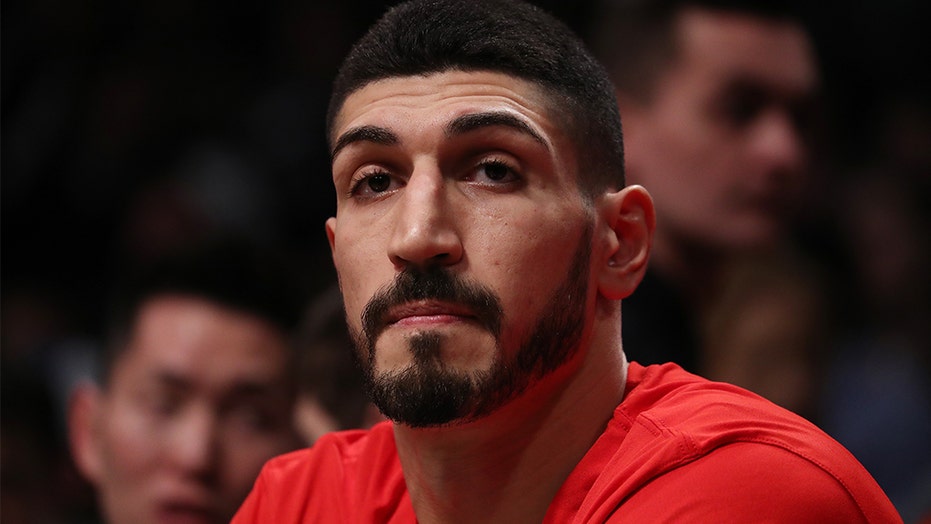 While the NBA has received heat from China and critics over the way it has handled the firestorm over Morey’s tweet, Kanter has been thrust into the spotlight because of his personal issues with Turkey and the Turkish government. Kanter fired off another tweet in the face of James’ comments.

Kanter, 27, also appeared in front of the Massachusetts state House of Representatives to tell lawmakers about his own fight for freedom from the Turkish government.

In an op-ed written for the Boston Globe this week, Kanter revealed he was harassed by people he called sympathizers of the Recep Tayyip Erdogan regime in Turkey as he and his teammate Tacko Fall were leaving a mosque in Boston. He vowed he was not going to stay silent even as he continually receives death threats.

“Professional athletes have an enormous opportunity to be a source of inspiration for the younger generation, lead by example, and prove to them that as long as you stand up for what you believe in, everything is possible,” he wrote. “I am looking forward to giving my best to the Boston Celtics and enjoying this new chapter of my NBA career with people in this great city who have welcomed me warmly.

“I have a prominent platform and I want to use it to promote respect for human rights, democracy and personal freedom. For me, this is bigger than basketball. Being a champion of tens of thousands of voiceless people back in my home country carries a risk that includes death threats and arrest warrants.”

While the NBA bickers with China over Morey’s tweet and the economic fallout, Kanter sought this week to remind everyone what he’s facing every day.

“FREEDOM IS NOT FREE,” he wrote at the end of a list he tweeted.

The hatred from Turkey stems from Kanter’s support of Fethullah Gulen, an exiled Muslim cleric and Erdogan rival, compounding his status as a political target of the Turkish government. Gulen had been accused of being behind the 2016 coup attempt in Turkey, and Ankara has repeatedly demanded the U.S. extradite him from his compound in Pennsylvania so he can face charges.

While the NBA did not strike back against China when the government blacked out games from its social media streaming platforms, the league has shown some support for Kanter.

The NBA terminated its relationship with a social media vendor in May after the league’s official Turkish social media account omitted Kanter from posts. The NBA’s deputy commissioner and chief operating officer, Mark Tatum, said the Turkish account was managed by a local vendor.

In March, Kanter admitted he receives death threats on a weekly basis and won’t go anywhere alone aside from the bathroom for fear of Turkish retaliation.

"It's very sad what's going on with my country … There is no democracy, there is no freedom, there [are] no human rights in Turkey,” he told FOX 11. “I'm trying to use this platform to talk about the issues going on in my country and they hate that because when I talk, it becomes a conversation and it goes viral.”

While Kanter is preparing for his ninth NBA season, it’s clear that he does not intend to be silenced over the matter.