Home » Sport » Boomers, Opals to get a 25 per cent revenue slice

Boomers, Opals to get a 25 per cent revenue slice The Australian Boomers and Opals will receive 25 per cent of revenue from key international home games as part of their first collective bargaining agreement.

The Australian Basketball Players’ Association and Basketball Australia will announce their first national teams CBA on Thursday, an agreement the country's elite basketballers have long sought and it will lock in their conditions until 2022 as they chase medals at the Tokyo 2020 Olympics and beyond.

The agreement includes new additions such as player revenue sharing, business-class travel conditions, a best in-practice pregnancy and parental policy plus the expansion of the player development and well-being programs and an agreement to create a past-players program to acknowledge Australian greats. 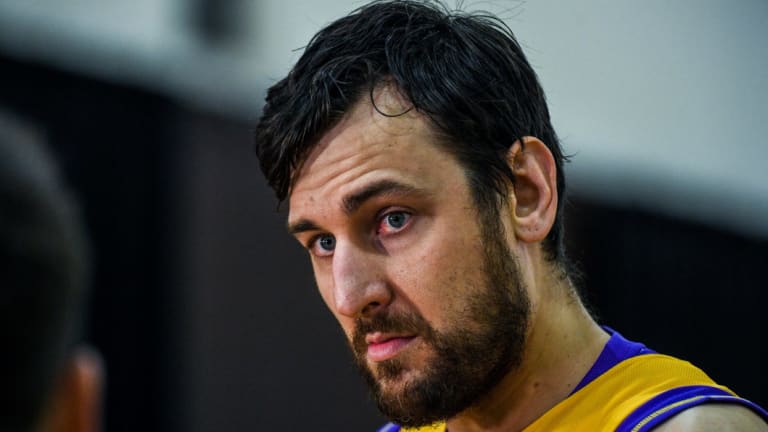 Andrew Bogut says the deal will set the foundation as the Boomers chase medals at next year’s FIBA World Cup in China and the 2020 Olympics.Credit:Brendan Esposito

ABA chief executive Jacob Holmes said elite basketballers had proven themselves as world class and they deserved an agreement which allows them to be at their best when with their national team.

The player revenue share could prove to be a substantial sum next year as it includes the two Team USA v Boomers games at Marvel Stadium.

"The revenue share is based on the events that are run and there are some pretty landmark events next year," Holmes said.

"Then that will be distributed amongst the player group based on their engagement with the program and the direction as it’s their money and how they want to distribute that amongst themselves, the wider player group and also into programs and services they are passionate about."

The ABA and players will decide how to share the revenue.

"It's not set in stone at this stage and we will work with our players on how that will be distributed among them as a collective," Holmes said.

"It is equal share in terms of 25 per cent of events relating to those teams, that all comes back in and we work through that process with the playing group.

"It's the first time we have ever done that in basketball at any capacity, it's a great opportunity for us to embark on that and look to what opportunities the players have to share that revenue and make sure it's benefiting everybody for the role they play in the performance of the team."

The pregnancy and parental policy has been in use for some time, while the CBA gives all players minimum contract conditions, image and royalty rights, comprehensive insurance and improvements in a number of other areas.

The players and BA will also work together to boost the promotion of the national teams and also how they celebrate past players.

A number of past Boomers players were acknowledged during recent home FIBA World Cup qualifiers and this is expected to continue and be expanded on.

"Our playing group really want to engage with past players," Holmes said.

"We are all standing on the shoulders of the legends of our game in being in a position to establish this agreement.

"This is something we thought basketball hasn't done well as a sport and it's something the players have driven, we want to be enabling those players to be back engaged with the sport and particularly the national team players.

"This agreement is a huge and important step forward in recognising and supporting them as the globally elite athletes they are, and in continuing to build recognition and pride into our national teams," Maley said.

Boomers star Andrew Bogut praised the deal for setting the foundation as the team chases medals at next year's FIBA World Cup in China and the 2020 Olympics.

"We have our sights firmly set on the World Cup and 2020 Olympics, where we’re driven to reach the highest level of success," Bogut said.

"The CBA sets the foundations for us to pursue this level of achievement in global tournaments, supporting us as we aim to fulfil our potential."

Opals playmaker Jenna O'Hea led the team to a silver medal at the FIBA Women's World Cup in September and she said the equal conditions helped her side.

"Having these professional conditions established for both teams means we're united together to seek the best results for each other and more widely for the sport of basketball," O'Hea said.

"After our silver medal at the World Cup this year, the players are extremely motivated to go even better in Tokyo 2020 and this agreement ensures we're supported with this aim."