All that glitters on the turf is not gold, a subject that arose this week with the boom of Lasseter’s Reef.

Peter V’landys, who fossicks for Racing NSW, produced a nugget, The Golden Eagle, comparable with his other major strike, The Everest, played by him as buffers against Victoria, who strive to remain on top of the pile.

The $7. 5 million Golden Eagle over 1500 metres will be run at Rosehill Gardens on November 2 in opposition to Victoria Derby day at Flemington, one of the traditional bonanzas going back to 1855. 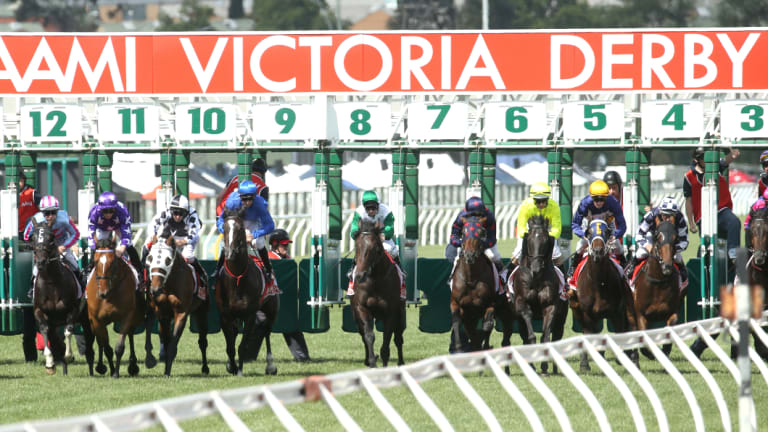 Hard to beat: Derby Day has tradition equine star power on its side.Credit:AAP

Maintaining a gild, the Bondi Stakes – a 1600m sprint for three-year-olds for a mere $1 million – is listed as a glitzy rival to the Cox Plate at Moonee Valley, but it will have the impact of a yellow speck in a George Street drain.

Of course the two-year-olds, an overrated category for punting if not breeding, will have the benefit of the Golden Gift, a $1 million 1100m sprint  in opposition to the final day of the Melbourne Cup carnival. Fool’s gold against a major lode?

Commendably, V’landys is panning in the current rush for revenue in the interstate battle for betting turnover. 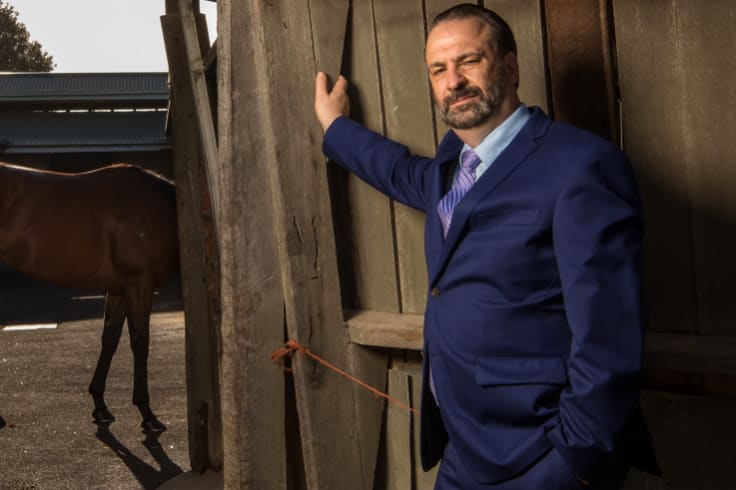 Once, Melbourne had the spring and Sydney the autumn, but down south they broke the non-aggression policy, chasing NSW innovations like the Golden Slipper with the
Blue Diamond (1971),  and the Sydney three-year-old Triple Crown – the Canterbury Guineas, the Rosehill Guineas and the AJC Derby – by tuning in with the Australian Guineas
(1986).

Alas, the current strategies make you wonder whether there are enough top horses to go around and wouldn’t racing in Australia be better if it worked in harmony?

Will the Golden Eagle do much to Derby Day? I doubt it. The Flemington meeting is all about tradition, centuries of excellence, at a currently outstanding venue, against which Royal Randwick and even the superior (for true racing enthusiasts) Rosehill
Gardens doesn’t compare.

One feature, like The Everest at Randwick, didn’t have the same traction as the Caulfield Guineas extravaganza, featuring equine talent in at least four major races.

No doubt there is a very praiseworthy vibe, perhaps like never before, at present in NSW racing. Yes, the majors with millions being sprayed like confetti are strong, but the Sydney Saturdays, usually with fields of under eight starters in the present off season are running on the back of country horses. Take them out like a few years back and what have you got? 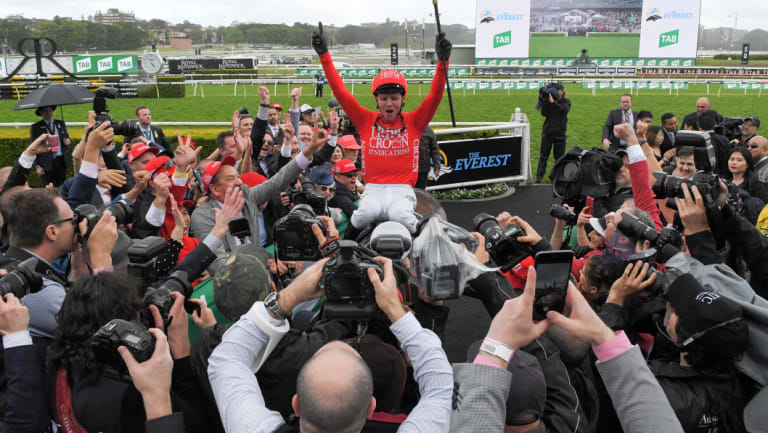 Red-letter day: The Everest has proved a success in its first two runnings.Credit:AAP

This Saturday, two events have only seven acceptors while the Highway has 17. Last Saturday, there were five horses in ATC Cup over 2000m – hardly a good betting proposition on the best turnover day of the week.

More are benefiting from the boom in bush racing than the gold rush from which stayers wither on the vine of neglect.

But the V’landys vision has more foresight than Harold Lasseter, who struck gold in Central Australia in 1929-30 but couldn’t relocate it.

“I’m looking at the 20-year window to bring through the
next generation of racing fans,” he commented.

That’s good if he gets those who are stimulated by the contest: the horses, those that make them and the punt, not tosspots.

“There will be cynics who will be critical of the Golden Eagle, they will be of the view that it won’t work or should not have been programmed up against the Melbourne spring carnival,” Russell Balding, the wise guy of NSW racing, said. “These will be the same cynics who said The Everest wouldn’t work – we certainly proved them wrong.”

The Everest is a promotion that possibly even outpoints what made the Golden Slipper and Magic Millions great.

The Everest is a very good sprint and betting event but not superior to, if even as good as, the others.

If the ATC can get Sinatra back to support the Golden Eagle at Rosehill, it could get me away
from Flemington, but nothing less.