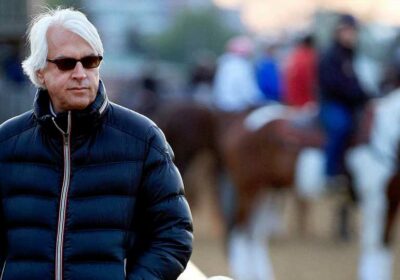 It puts the lotion on the horse’s skin.

Medina Spirit, a Bob Baffert-trained horse, won the Kentucky Derby on Saturday, May 1, but a failed drug test surfaced on Sunday, May 9, casting doubt on the legitimacy of Medina Spirit’s victory in Churchill Downs.

Baffert, though, is maintaining his innocence throughout the ordeal. On Monday, he said that Churchill Downs’ statement was a product of “cancel culture,” and now the controversial horse trainer has revealed why the horse failed a post-race drug test.

The statement in its entirety:

On May 8, 2021, I was informed by the Kentucky Horse Racing Commission that MEDINA SPIRIT allegedly tested positive for 21 picograms of betamethasone. On May 9, 2021, I held a press conference in which I stated that I intended to thoroughly investigate how this could have happened and that I would be completely transparent throughout the process. I immediately began that investigation, which has resulted in me learning of a possible source for the betamethasone, and now, as promised, I want to be forthright about what I have learned.

Following the Santa Anita Derby, MEDINA SPIRIT developed dermatitis on his hind end. I had him checked out by my veterinarian who recommended the use of an anti-fungal ointment called Otomax. The veterinary recommendation was to apply this ointment daily to give the horse relief, help heal the dermatitis, and prevent it from spreading. My barn followed this recommendation and MEDINA SPIRIT was trated with Otomax once a day up until the day before the Kentucky Derby. Yesterday, I was informed that one of the substances in Otomax is betamethasone. While we do not know definitively that this was the source of the alleged 21 picograms found in Medina Spirit’s post-race blood sample, and our investigation is continuing, I have been told by equine pharmacology experts that this could explain the test results. As such, I wanted to be forthright about this fact as soon as I learned of this information.

Medina Spirit tested positive for betamethasone, an anti-inflammatory used to reduce swelling in joints. There is no official word on whether the colt will run in the 2021 Preakness Stakes, scheduled to take place Saturday, May 15. Baffert recently said that he expects Medina Spirit to race.

Medina Spirit must pass a split-sample drug test in order to be cleared, with the process taking weeks or longer. Baffert horses have failed drug tests 30 times since the mid-1990s.

Still, Baffert’s explanation isn’t the most ridiculous one he’s offered for a failed test. We’ll leave that to the groom who drank cough syrup and peed in horse hay.