On a big day for one player, Dandenong Rangers made sure their whole side could celebrate the occasion by pulling off a thumping win over Bendigo Spirit on Sunday.

Rangers star Sara Blicavs made a steady return to the WNBL after 13 months on the sidelines with a knee injury and just as impressive were her teammates who notched up 30 assists in their 87-63 win at Dandenong Stadium. 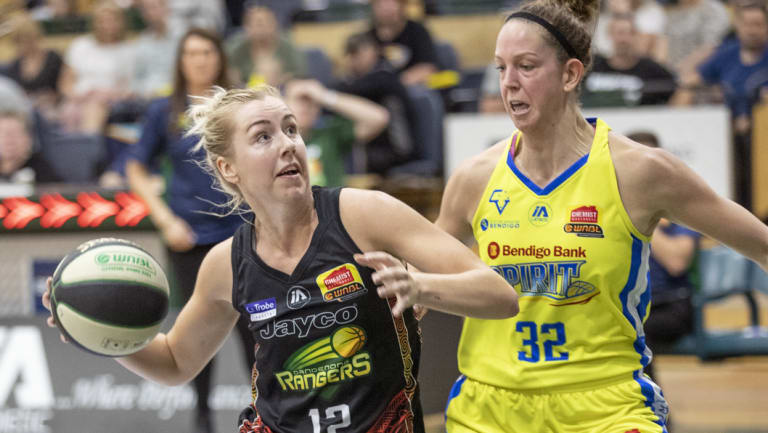 On track: Ranger Rachel Jarry goes up against Bendigo’s Rebecca Tobin during their clash at Dandenong Stadium.Credit:Mick Connolly

The win was the Rangers' second for the weekend and fourth in five games, and saw them move into fourth place after cross-town rivals Melbourne Boomers enjoyed a come-from-behind 83-78 win over Adelaide Lightning at the State Basketball Centre.

The Rangers took hold of the game from the opening minutes, and notched 19 of their assists by half time while holding a 54-31 lead. 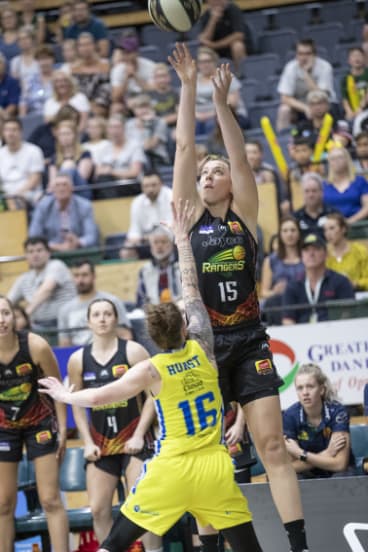 Finding her feet: Sara Blicavs launches her first shot on return for Dandenong against Bendigo on Sunday.Credit:Mick Connolly

They rolled through the second half allowing reserves like Rebecca Pizzey, Stephanie Reid, Briahna Whatman and Kiera Rowe to get extra playing time along with Blicavs, who had five points and five rebounds in 12 minutes.

"I think we have made a really big improvement from the start of the season up until now and we have so many players who combine well together," Laney said.

"We just continue to gel and gel, and now we are getting a feel for where we are on the court."

Spirit import centre Rebecca Tobin said her young side paid the price for not slowing down the Rangers. 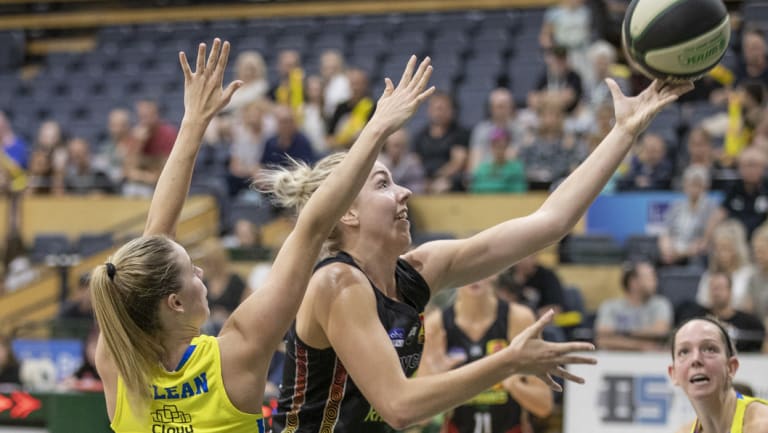 The Rangers were without WNBA import centre Kayla Pedersen who missed her second game of the weekend with a back problem, but the team hopes to have her back for next weekend’s double against Canberra Capitals and Melbourne Boomers.

Laney said Blicavs' return was a boost and she was excited for the lineups the team can use with her in the squad.

"It's not just because she is a fantastic basketball player but because of the energy she brings," Laney said. 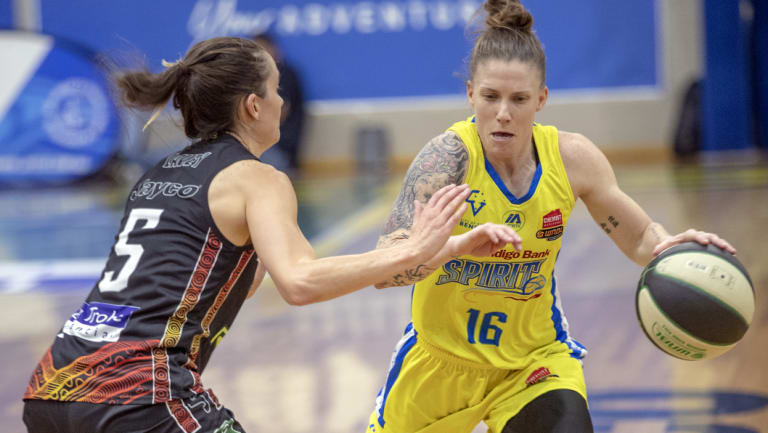 Sharp shooter: Bendigo veteran Nat Hurst drives forward on her way to a team-high 15 points for the Spirit.Credit:Mick Connolly

"She is a great addition at this point in the season, right as we are at our peak."

Blicavs is unlikely to play back-to-back games in a round so will likely not face Canberra this Friday night, and will instead play against the Boomers on Sunday. 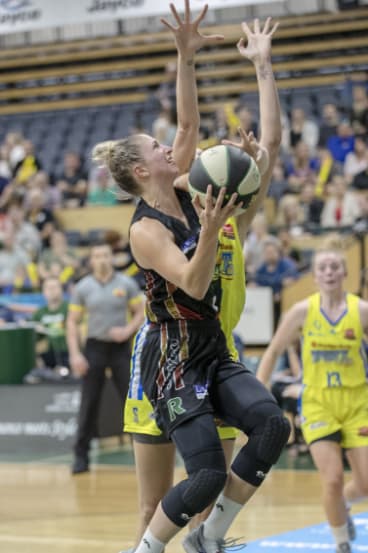 Finding her range: Bec Cole top-scored for Dandenong with 20 points against Bendigo on Sunday. Credit:Mick Connolly

Rangers coach Larissa Anderson tested out a "small-ball" lineup in the second half with Rachel Jarry at centre and Blicavs and Laney as forwards and that trio are likely to cause plenty of match-up problems.

No matter who she ran with, Blicavs said she was just overjoyed to be back.

"When I was warming up I felt like I was back to where I was last year [before the injury] which was nice," Blicavs said.

"Then when I was called off the bench it hit me a bit but I definitely got used to it and it made me more excited to play next week.

"We train pretty hard but nothing compares to games, and to know I can hold my own in a WNBL game, I'm rapt. I was a bit nervous that I was going to be a dud but I'm ok and it's all coming back."

The Melbourne Boomers needed a 30-19 last term to overtake the Lightning, and the win takes them to the top of the ladder following Perth Lynx being thrashed 92-60 by Canberra on Sunday.

As the WNBL enters the final month of the season, the two Melbourne clubs look to be just hitting their straps ahead of their upcoming showdown.

Melbourne Boomers and Dandenong Rangers face off at the State Basketball Centre this coming Sundayat 3pm.