RAFAEL NADAL is among the first Spanish athletes to pay tribute to Blanca Fernandez Ochoa, whose body was found after weeks of searches.

Fernandez, 56, was discovered in mountains around Madrid after being missing for nearly two weeks, sending Spanish sport into mourning. 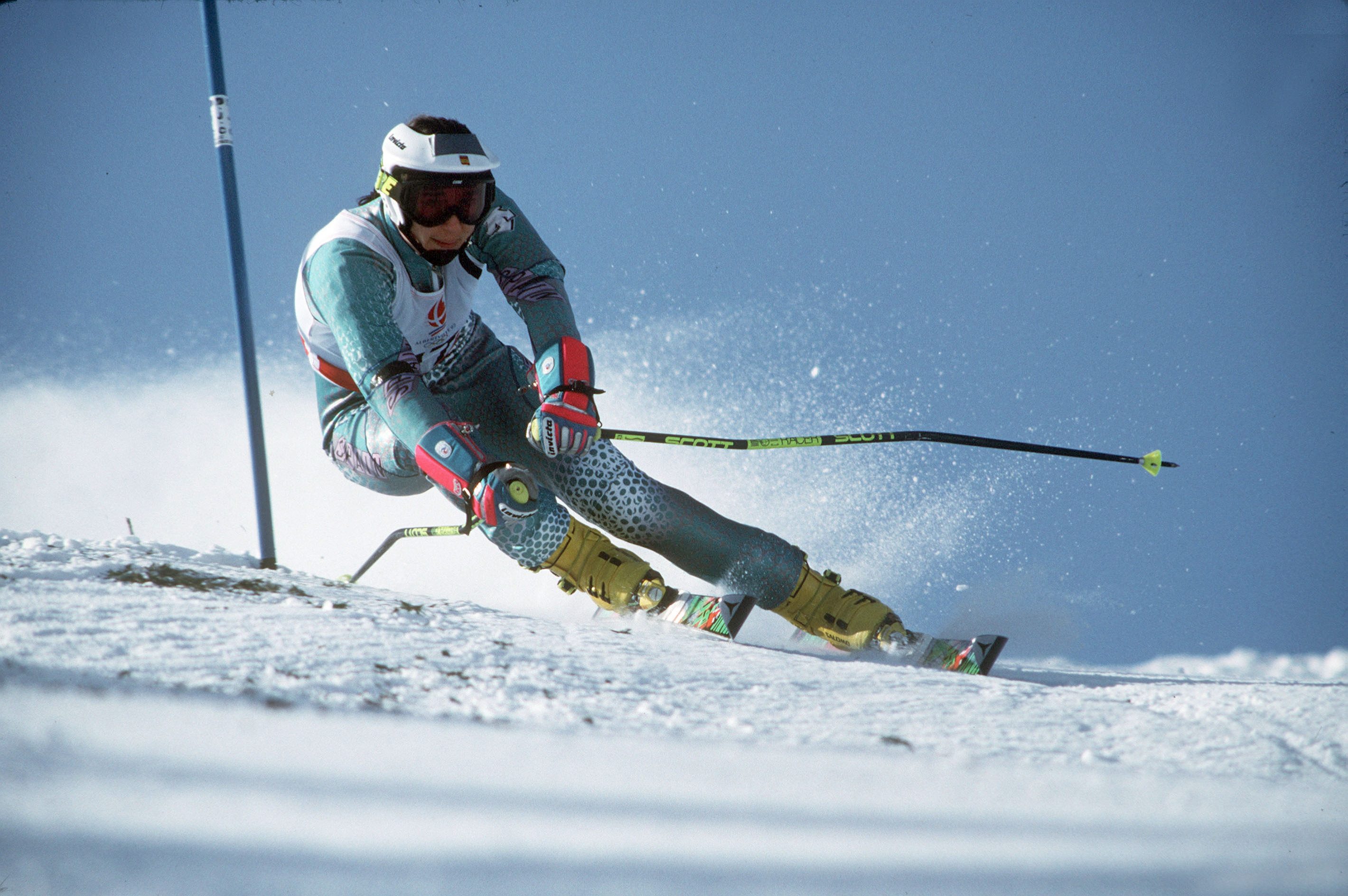 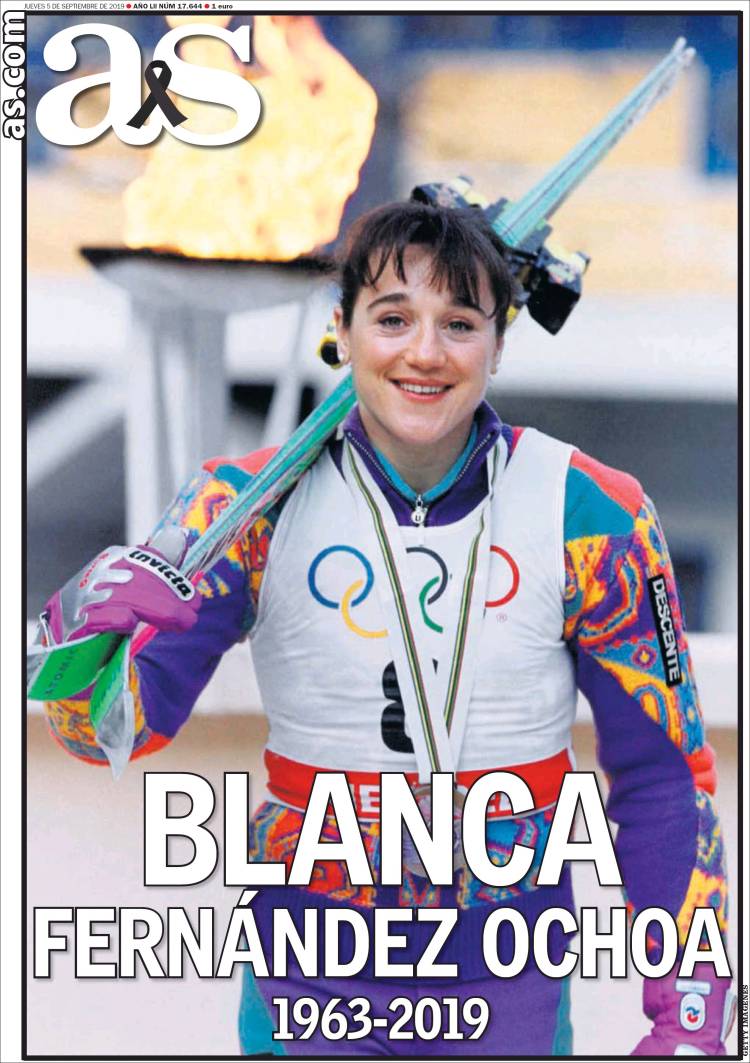 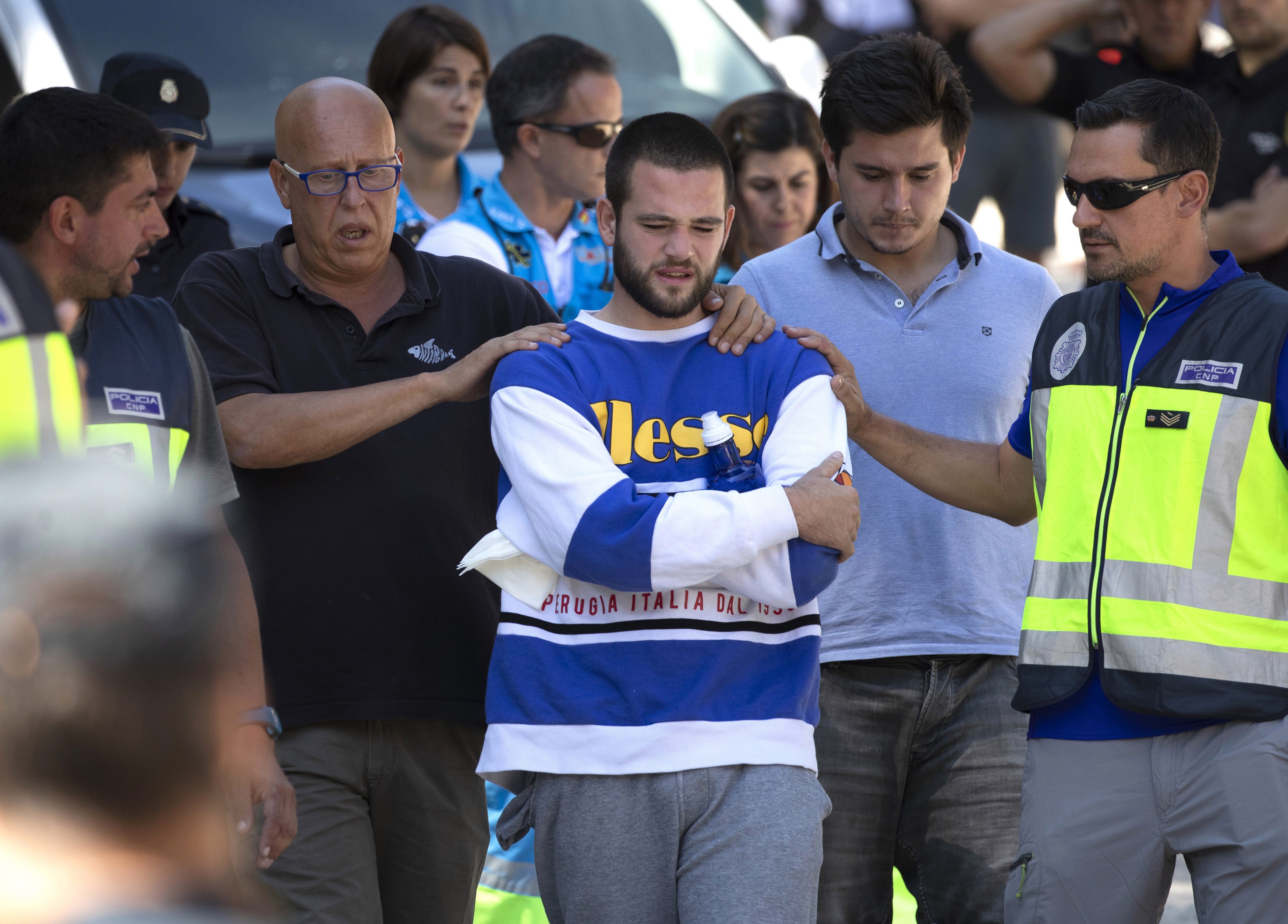 She was the first Spanish woman to win a medal at the Winter Olympics, when she won bronze in slalom skiing in 1992.

Nadal tweeted from New York: "Sad for the news of the death of an important athlete in the history of Spanish sport.

"Pioneer in our country in her sport.

"Lots of encouragement and strength to your daughter and family in these sad and difficult times.

"From the club we express our condolences to her family and friends in this difficult time."

In a country that struggles for rainfall, let alone snow — but has the second-most mountains in Europe — Spain's record in the Winter Olympics is not particularly impressive.

But Blanca was a trailblazer for winter sports and held huge respect among Spanish athletes, competing in four Winter Olympics from 1980 and retiring shortly after her achievement in 1992.

The front pages of the country's most popular sports papers Marca, AS and Mundo Deportivo all paid tribute to Blanca.

Marca have simply displayed a pair of skis stuck into the snow with a black ribbon around them and the headline 'Forever Blanca.'

After being close to the search operation, Blanca's sister, brother in law and son David were all nearby when they heard the devastating news her body had been found.

While they feared the worst, they had still hoped to find her and her relatives could be seen shaking hands with police who had coordinated the rescue effort.

Spain's acting prime minister Pedro Sanchez confirmed the news that she had been found in La Penota area of the Cercedilla mountain range, north of the capital.

Sanchez tweeted: "The solidarity, support and human warmth in the Cercedilla mountain range has been touching.

"The emergency services and numerous volunteers have got involved in the search for Blanca Fernandez Ochoa but it wasn't meant to be. I send my thoughts to all her family."

Fernandez Ochoa, 56, had last been seen in the district of Aravaca in Madrid, while her car was found on Sunday in the town of Cercedilla. 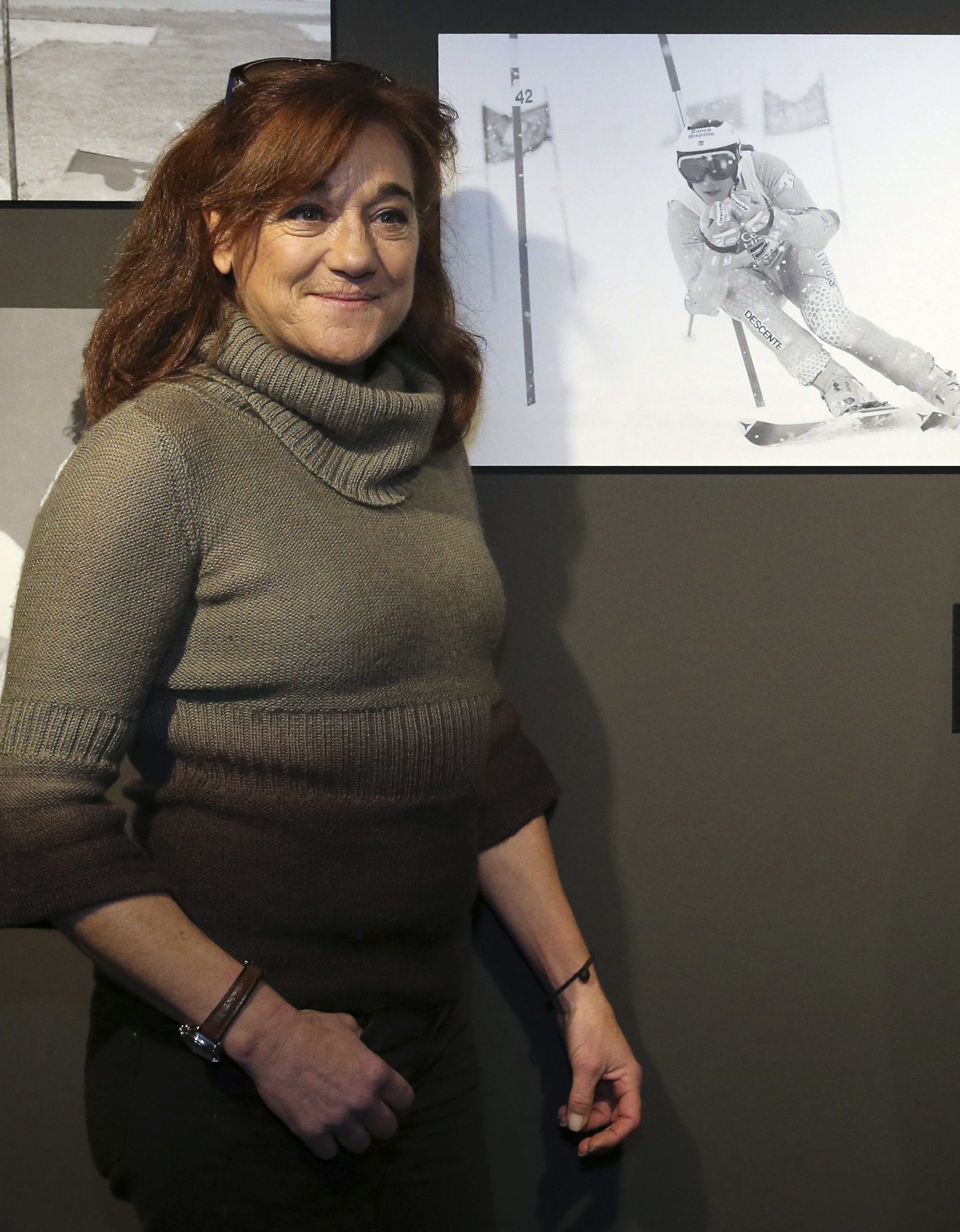 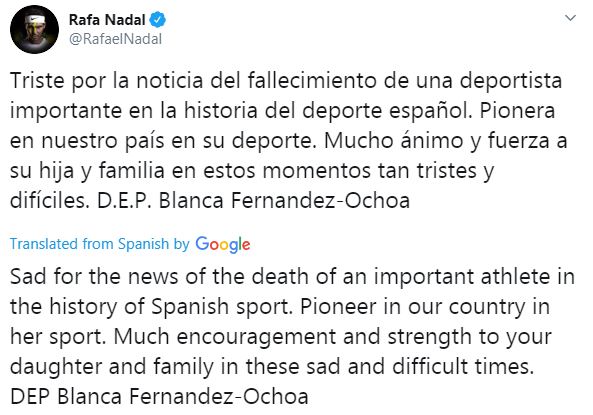 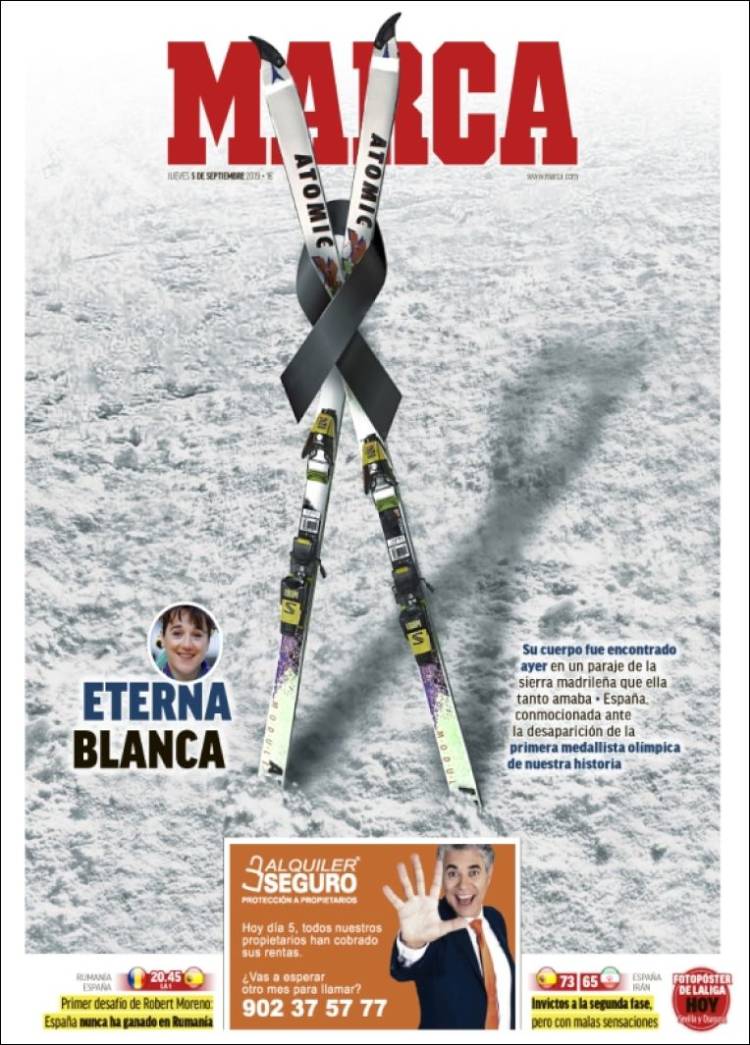 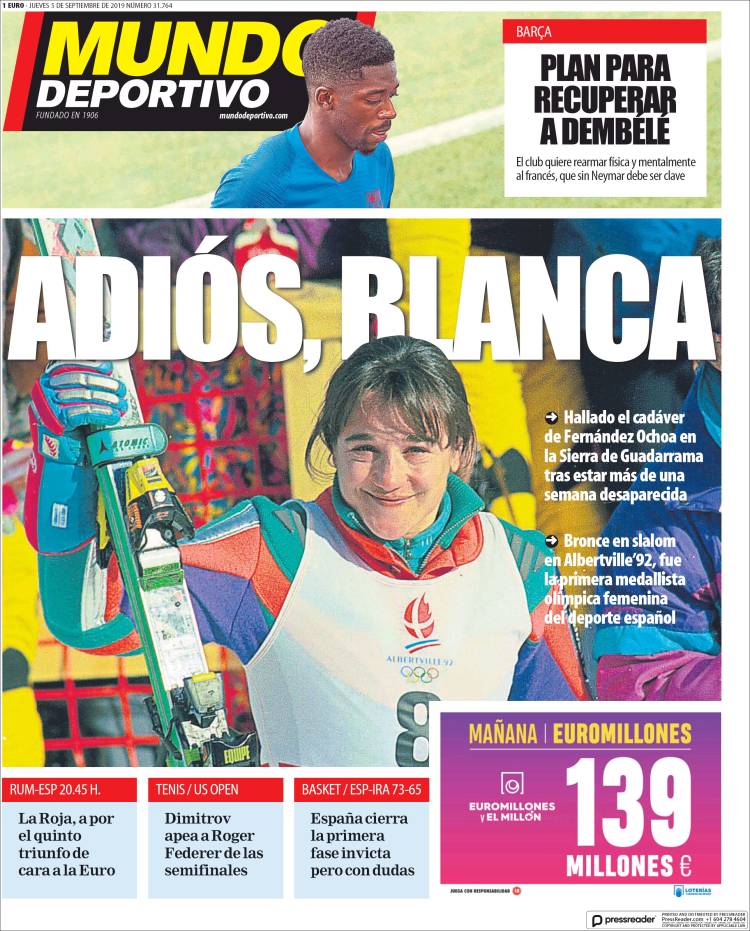 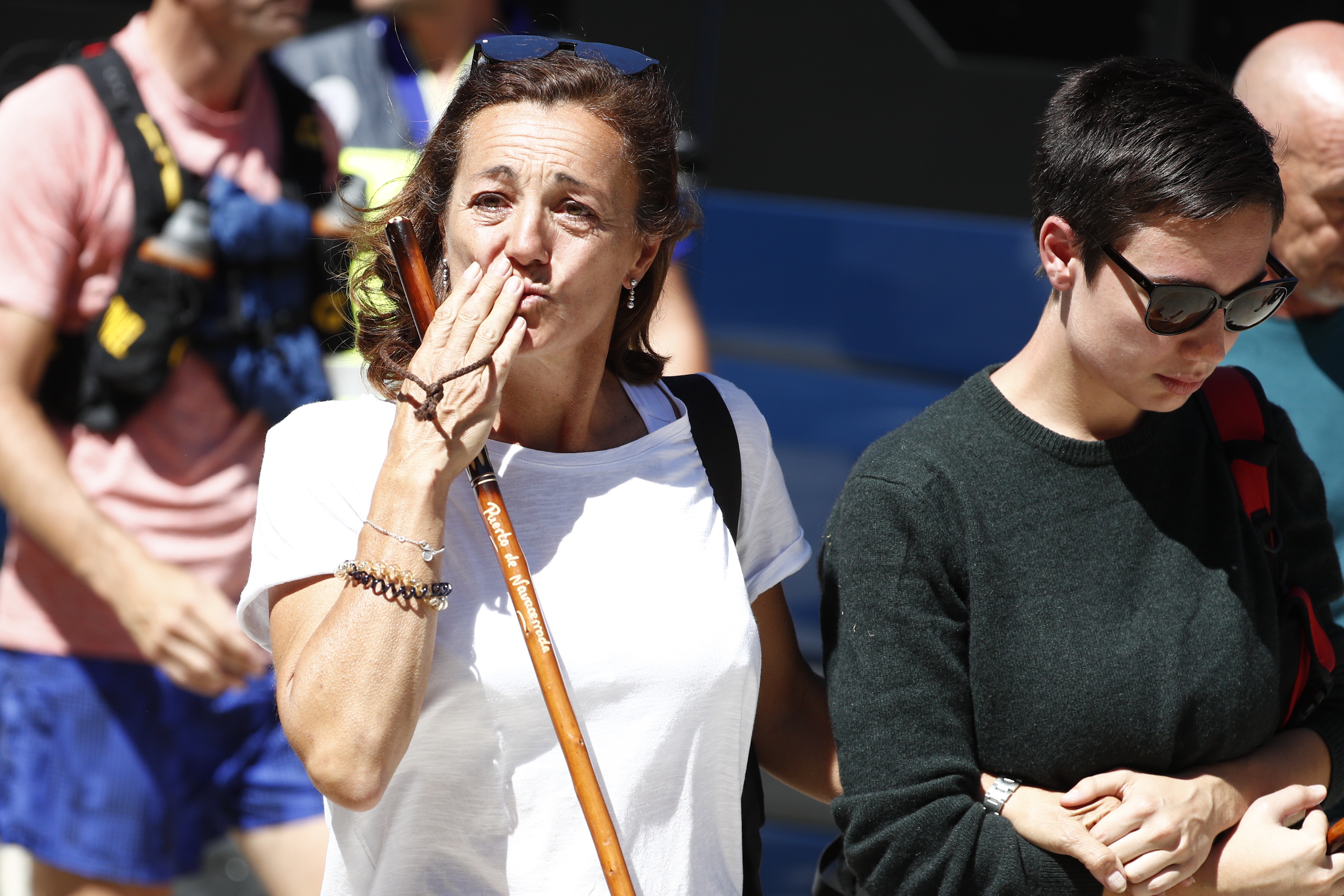