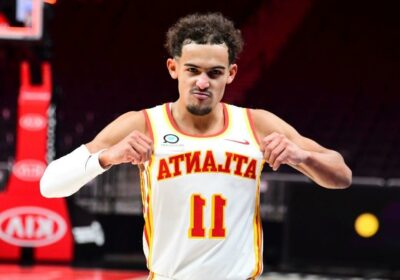 A series of recent big bets on an NBA long shot has showed at sportsbooks in multiple states.

DraftKings reported that a bettor in Colorado on Tuesday placed a $20,000 bet on the Atlanta Hawks to win the NBA title at 100-1 odds. According to DraftKings, the same bettor placed another $20,000 bet on Atlanta to win the Eastern Conference at 40-1. If the Hawks shock the NBA by winning the title, the two bets would pay a net $2.8 million combined.

In March, the Hawks were 500-1 to win the title at Caesars Sportsbook by William Hill. They had a losing record and had just fired coach Lloyd Pierce and replaced him with Nate McMillan. Atlanta is 20-11 under McMillan, and bettors have taken notice.

Action on the Hawks started to increase in late April. Caesars Sportsbook by William Hill said a bettor last week in Nevada put $5,000 on Atlanta to win the title at 100-1. The Hawks are currently 60-1 to win the NBA title at Caesars.

Entering Wednesday’s game at the Phoenix Suns, the Hawks are in fifth place in the Eastern Conference. With six games remaining in the regular season, Atlanta is 1½ games ahead of the seventh-place Boston Celtics. The top six teams in each conference automatically qualify for the playoffs, while teams that finish seventh through 10th must earn their way into the postseason via the play-in tournament.

A DraftKings spokesman told Cobets.com, which first reported the $20,000 bets on the Hawks, that each bet was among the five largest NBA futures wagers the book had taken in Colorado this season.