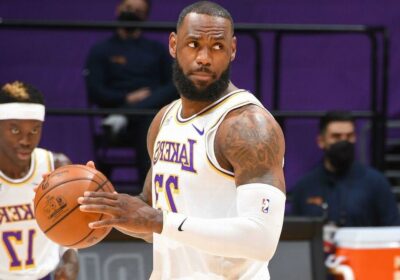 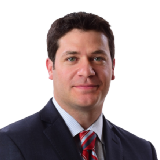 Oddsmakers are barely budging with the unexpected variable that the Los Angeles Lakers are likely headed toward the play-in tournament. The defending champs will probably be forced to win one or two additional games, just to qualify for the Western Conference’s seventh or eighth playoff seed. However, the Lakers are still the championship betting favorite or second-favorite at most sportsbooks.

Past wagers, not recent performances or the standings, are the major reason for the lack of odds movement. The house has been inundated all season on the Lakers, who rank first or second at nearly all books in terms of money and ticket count for championship and Western Conference futures.

“It comes down to major liability and the fact that LeBron James and Anthony Davis will have fresh legs for a playoff push, if the stars align,” William Hill U.S. director of trading Nick Bogdanovich told ESPN. Caesars Sportsbook by William Hill currently lists the Lakers at +400, behind only the Brooklyn Nets (+200).

DraftKings has the exact same odds for those two teams. The Lakers account for 36% of the overall ticket count in the championship pool and 50% of the Western Conference ticket count, ranking tops in both.

The Westgate Las Vegas SuperBook has bumped the Lakers, who have lost eight of their last 10 games. The Lakers (+600) are the third favorite behind the Nets (+200) and LA Clippers (+500).

“The extra pricing is factored in, if they have to go through the play-in round. And I don’t think LeBron James is 100% until next season, so he would be playing restrictively,” SuperBook head NBA oddsmaker Jeff Sherman told ESPN.

Oddsmakers can protect themselves with reduced odds because of the one-way betting market. However, Circa Sportsbook offers a two-way proposition on all teams. The Lakers are +625 to win the title and the “no” is offered at -1,050.

The Lakers opened as -10,000 favorites to make the playoffs at the SuperBook, while “no” was a 20-1 long shot. No bets were placed on either side. The play-in is not considered part of the playoffs.

• Kentucky Derby winner Medina Spirit failed a post-race drug test that has put the horse’s victory in jeopardy. If the positive test is confirmed, Medina Spirit will be disqualified and second-place finisher Mandaloun will be declared the winner.

However, even if Medina Spirit is disqualified, bettors who backed Mandaloun to win in the pari-mutuel pool will not be refunded or paid, despite potentially having the eventual winning horse.

Kentucky Horse Racing Commission regulations state that: “Payments of valid pari-mutuel tickets shall be made on the basis of the order of finish as declared ‘official’ by the stewards or judges. A subsequent change in the order of finish or award of purse money that may result from a subsequent ruling by the stewards, judgers, or commission shall not affect the pari-mutuel payout.”

• More bets — and more money — have been placed on the Tampa Bay Buccaneers to win the Super Bowl than any other team at William Hill sportsbooks.

Cash grab? Only some sportsbooks are still posting odds on NBA regular season awards. Denver’s Nikola Jokic is a -1,400 MVP favorite at BetMGM and William Hill U.S. That money line translates to 93.3% probability. The Nuggets center is widely expected to capture the award; he is averaging 26.4 points, 10.8 rebounds and 8.5 assists, while playing in every single game.

Charlotte’s LaMelo Ball (-550) is the Rookie of the Year betting favorite at BetMGM, with Minnesota’s Anthony Edwards (+260) behind him. Utah’s Rudy Gobert (-650) is a considerable favorite for Defensive Player of the Year. Ben Simmons (+350) is the only other player with less than 50-1 odds.

Cause for alarm (clocks): The Boston Celtics cannot seem to figure out the early games, losing again Sunday to the Miami Heat after trailing by as many as 26 points and allowing a season-high 79 points in the first half.

Boston has now played seven games this season that tip at 3:30 p.m. ET or earlier. The Celtics have won the first quarter in just one of them and trailed by at least eight points after the first frame in five of them, including Sunday to Miami.