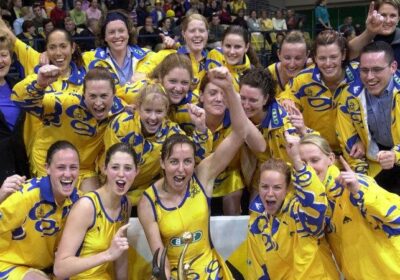 It has been 14 years since Briony Akle and Megan Anderson stepped onto a netball court together. But this time it will be in very different circumstances.

Having won a premiership together with the former Sydney Swifts in 2001 before the formation of the ANZ Premiership in 2008, Akle and Anderson formed a special friendship – alongside Catherine Cox and Liz Ellis – which continues to this day.

But on Sunday, Akle and Anderson will come up against each other as opponents for the first time as they step into their respective head coaching roles for their first game of the 2021 Super Netball season. 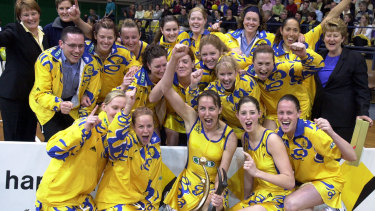 “I couldn’t ask for a better first game really,” Anderson said. “Bri is one of my best friends and it will be just really special to share the experience with her.

“It will just be happy memories all round. That Swifts team from 1997 to 2007, before the ANZ Premiership came in, all of us have stayed really good friends.”

Akle said the moment she found out about the Firebirds appointment, she was straight on the phone to congratulate Anderson.

“I just said if you ever want to talk through anything I am really happy to share – not that she needs that – but the offer was there,” Akle said.

“When you’ve been through an experience like winning a premiership together there are not many people you can share that with. Keeping that friendship has been really important to all of us.”

Akle said Sunday’s game was really a chance for the Swifts to gauge where they are as a group with the side experimenting with combinations during pre-season games.

“It will give me a good baseline of where we are at,” Akle said.

The Swifts are heading into 2021 looking to get back on top of the competition after surrendering the Super Netball trophy to the Melbourne Vixens last year.