Home » Benn vs Vargas ring walks: What time does fight start in UK?

Benn vs Vargas ring walks: What time does fight start in UK? 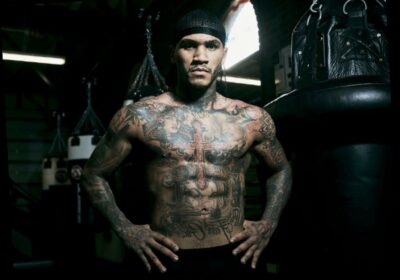 Conor Benn is ready to take another step in his development when he faces off against the experienced Samuel Vargas.

‘The Destroyer’ has been on an impressive run of late as he continues to prove his worth after a limited career as an amateur.

In the shape of the Colombian-Canadian, Benn meets a man that has mixed it with Amir Khan, Errol Spence Jr, Luis Collazo, Danny Garcia and the extremely the talented Vergil Ortiz Jr.

Despite his wealth of experience, this represents a test for Benn that he should pass to show the welterweight division he is a man to be reckoned with.

Here’s everything you need to know about the fight:

When and where is the fight?

The fight is in London, England at at the SSE Arena in Wembley, on 10 April with the fight card scheduled to start at 7pm GMT (2 pm ET).

What time will the ring walks be for the main event?

What TV channel is it on and is there a live stream?

You can watch the game live on Sky Sports Action, with subscribers able to live stream on Sky Go, coverage starts at 7pm.

The Benn vs Vargas fight will also air live on DAZN in the U.S. and Canada. The preliminary card also airs on DAZN, starting at 2 pm ET.

Tale of the tape

“This is going to be me getting stuck straight in and us two going at it in there. It’s going to be one hell of a fight and that’s what I’m preparing for. He gave Amir Khan hell. Amir Khan got saved by the bell and by the grace of God three or four times in that fight. He had him on the deck. I know Khan’s chin isn’t that credible but he’s a well-respected fighter. He’s achieved everything that I want to achieve in the sport.

“This is going to be a harder fight than people think in my opinion. I made the mistake once of overlooking an opponent and I hit the deck twice. I can go back to that fight because it was a career-defining moment for me. I had to ask myself how badly I wanted it. It taught me to never overlook an opponent. I thought, ‘what’s he going to do to me?’. Boom, straight one-two.

“That was a massive reality check for me. Since then I don’t overlook opponents. I’m not overlooking Vargas, but what doors open after him? I want a big domestic fight still. Someone that I can take that experience off. The Amir Khans, the Kell Brooks. The Josh Kelly fight is still there if he’s still fighting. The Amir Khan fight would be one hell of a fight. That would be a great British clash. Amir Khan was a fighter I looked up to and so was Kell Brook. Why not put me in with one of them after Vargas?

“I have taken this fight very seriously. I had a great training camp and I worked my ass off. I’m really focused, and I can’t wait to get in there. This is professional boxing. Everyone is a threat. Everyone. Especially at this level.

“He is a strong young fighter. He’s going to come on strong. He looks physically fit all of the time. He seems very wild and makes mistakes that he has to pay for. We’ll meet in the centre of the ring and we’ll find out what he’s about. I’m expecting him to come to war and that’s what I’m prepared for.

“I don’t care what he thinks. They have hopes for him over here, I guess. I don’t see it personally. If he’s underestimating me, then the better it is for me. I expect a lot of fans to tune in and watch the fight. It’s going to be a hell of a show. I’m going to bring the heat. He’s going to do whatever he’s able to do.

“Last time I was here in the UK I came close to closing the show but then I didn’t have enough time left in the round. This time I’m going to bring the same energy and finish the job. I’m going to give Conor a right hand from hell. It would mean a lot to me to win this.

“That’s part of the plan, taking him into the trenches. We’ve got to break him down and take his soul. We’re going to break him down little by little. He doesn’t have the experience to handle that. He’s got to have the same energy that he has in the first round in the ninth and tenth. We’ll see about that.”