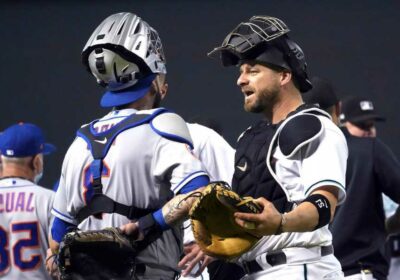 PHOENIX — Marcus Stroman did something to tick off the Diamondbacks.

Tensions flared Tuesday night after Josh Rojas was retired for the final out in the fifth inning. As the Mets were leaving the field, Rojas began jawing with Stroman, prompting the benches and bullpens to empty.

David Peralta got in Stroman’s face, but order was restored without punches thrown. There were no ejections.

It wasn’t the first benches clearing incident involving the Mets this season.

On April 30 in Philadelphia, Jose Alvarado began jawing with Dominic Smith prompting players to stream onto the field. That tension stemmed from weeks earlier when Alvarado threw high and inside to Michael Conforto before plunking him.