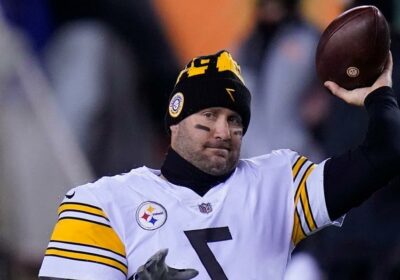 Last season, the Pittsburgh Steelers set franchise records when they started the season 11-0. The team then faltered down the stretch and were a quick playoff exit in the Wild Card round.

Now it’s another season for this squad with quarterback Ben Roethlisberger back on a new deal for Year 18 and a young running back the team hopes will get the run game back to form.

The Steelers’ success, or lack thereof, all starts with Roethlisberger. When he’s playing at a high level, the team has more than enough talent to challenge in the AFC.

Roethlisberger, who will be 40 in March, says coming back for another year is all about how he feels about the game and not about making a statement.

“It’s not about proving anything,” Roethlisberger said via Sports Illustrated.

“It’s about a love of the game, and a love of this team and this city, and feeling like I still got it. I can’t really call it a job. I understand that it is, but I can’t call it a job because it’s what I love to do. It’s fun. That’s what keeps me coming back.”

The drive to another AFC North title won’t be easy for the Steelers, as they will have to fight off the Baltimore Ravens and the Cleveland Browns, the team that knocked the Steelers out of the playoffs in January.

Those two teams will give the Steelers all they can handle, and even the Bengals, who were without top QB Joe Burrow, upset the Steelers in Cincy late last season.

For Roethlisberger, 2021 feels like a season of redemption after the collapse last year from 11-0 to 12-4.

“I’m reminded all the time of how old I am—whether it’s in fun from my teammates or it’s from you guys [media]. I’m doing it because I love the game; I think we’ve got a really good football team here, and I’m excited about it,” Roethlisberger said.