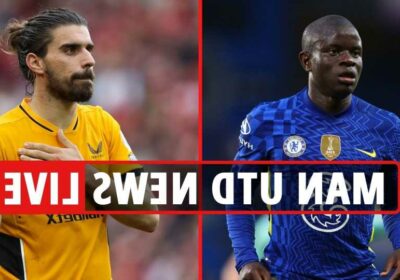 MANCHESTER UNITED are on the verge of making a new bid for Ruben Neves, SunSport can reveal.

The Wolves man is set to choose between United and Barcelona this summer with the West Midlands club already having a replacement lined up.

Erik ten Hag is also said to be interested in signing N'Golo Kante if Chelsea choose to make the World Cup winner available.

Kante, 31, has just a year left on his contract at Stamford Bridge.

United are also said to be in talks to sign Christopher Nkunku, and are reported to have Villarreal centre-back Pau Torres lined up.