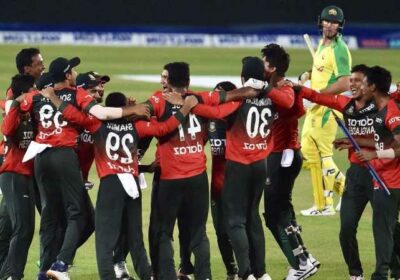 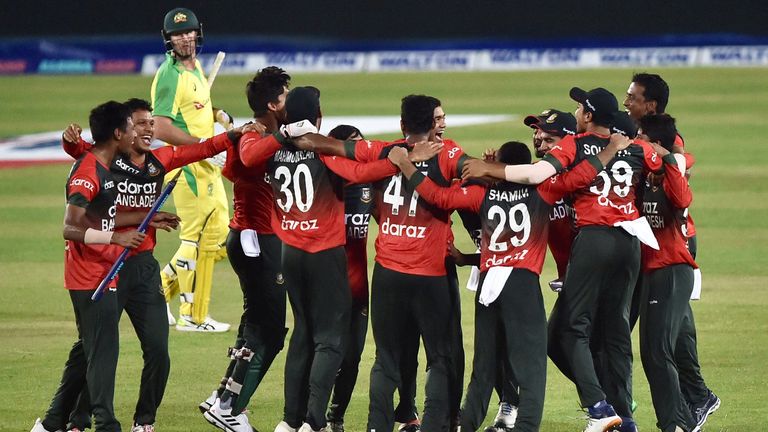 Bangladesh beat Australia by 10 runs in Mirpur to win the third Twenty20
international and take an unassailable 3-0 lead in the five-match series.

Australia had suffered successive defeats to Bangladesh for the first time in any format heading into Friday’s showdown, the start of which was delayed by rain.

Debutant Nathan Ellis claimed a hat-trick in the final three deliveries of the innings as Australia restricted Bangladesh to 127-9 – captain Mahmudullah the top scorer with a 52. 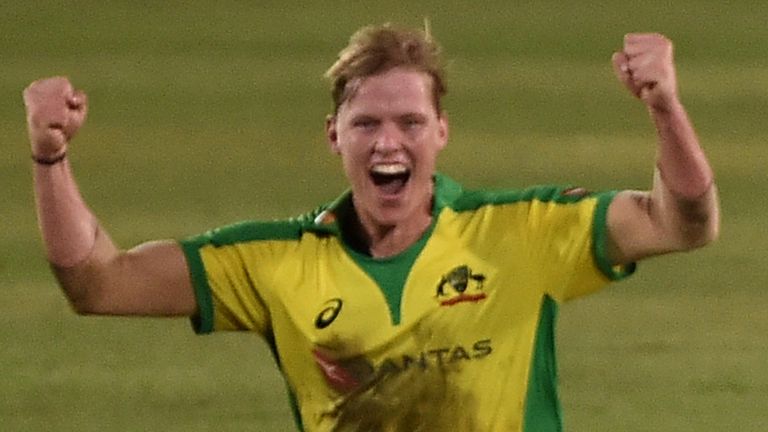 Australia had looked well set to chase their victory target after skipper Matthew Wade led from the front with 31 off 41 balls while Mitchell Marsh made a half-century.

However, once Marsh was out for 51, Bangladesh tightened their grip during the closing stages as Mustafizur Rahman – who conceded just nine runs in four overs – gave away a solitary single in the 19th over. Australia were left needing 22 from the final over, which proved too much despite a huge six from Alex Carey, who finished unbeaten on 20 in the total of 117-4.​