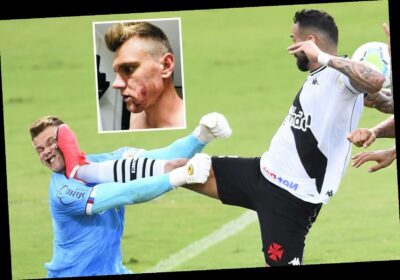 BRAZILIAN goalkeeper Douglas was left requiring five stitches after being brutally kicked in the face.

The Bahia stopper rushed out to collect a free-kick during a clash with league rivals Vasco de Gama on Sunday. 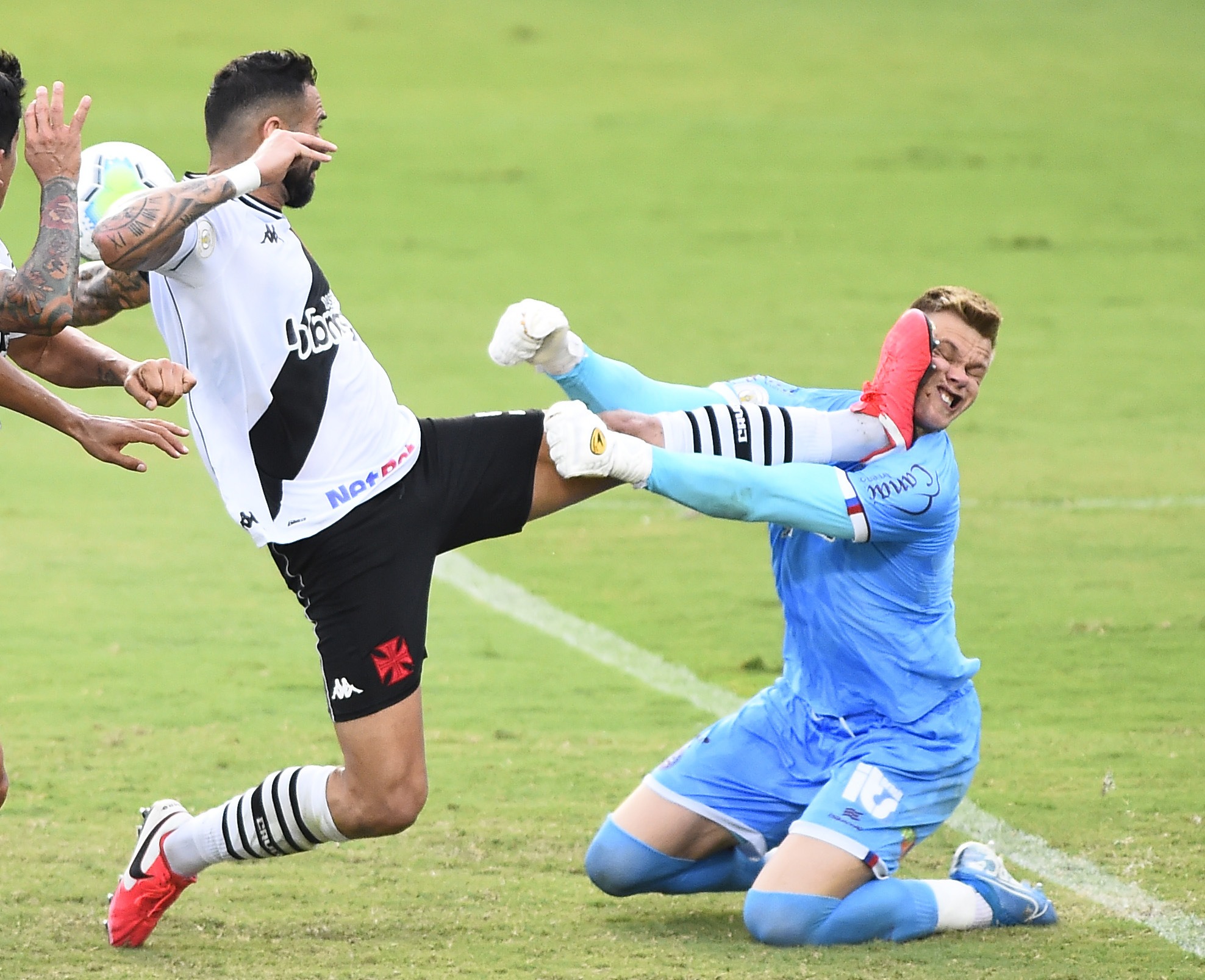 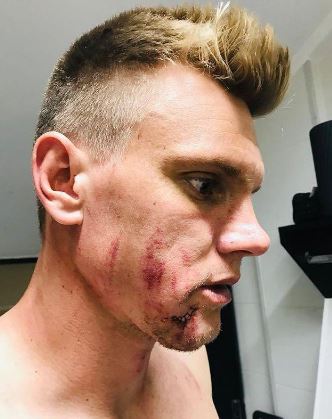 But among a group of bodies attempting to get on the end of the teasing delivery, Vasco's Leandro Castan flew in with his studs raised.

As Douglas came to challenge for the ball, Castan's boot caught him at full force in the face as the ball trickled into the net.

A photographer caught the exact moment Castan's foot collided with Douglas leaving the keeper lying in agony on the turf.

His team-mates rushed to his aid to check on his wellbeing before surrounding the referee.

The goal was predictably overturned before the official checked the VAR monitor to see the challenge again.

And he only had to watch it once before brandishing a red card for dangerous play.

Douglas was subbed off immediately after the challenge and was taken to hospital where he had five stitches.

An image of Douglas' battle scars then did the rounds online showing the true extent of the damage.

Unfortunately, it was the biggest drama in the contest with the teams playing out a drab 0-0.