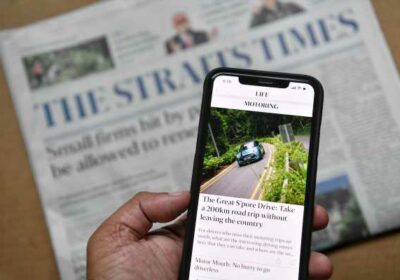 SINGAPORE – National shuttler Loh Kean Yew is one win away from becoming the first Singaporean to win a medal at the Badminton World Federation World Championships after beating Thailand’s Kantaphon Wangcharoen 21-4, 21-7 in their last-16 match on Thursday (Dec 16).

The world No. 22 will face either Denmark’s world No. 10 Rasmus Gemke or India’s 32nd-ranked Prannoy H. S. in the quarter-finals in Huelva, Spain, on Friday and victory will ensure at least a shared bronze.

Against world No. 20 Kantaphon, the bronze-medallist at the last edition in 2019, Loh was aggressive from the start and led 11-2 in the opening frame before closing it out in just 12 minutes.

The 24-year-old continued to stay one step ahead of his opponent with his superior shuttlecock control and court coverage as he flew to an 11-0 start in the second game before claiming a dominant victory and matching Ronald Susilo’s quarter-final run in the 2007 edition.

Loh, who reached the last 16 at the previous world championships, said: “I’m happy things went to plan and I managed to win another match and reach the quarter-finals, but it is not over yet.

“I need to stay focused and continue to recover and prepare well for the next match.”

Besides capturing the Dutch Open and Hylo Open titles in the past two months, he also claimed the scalps of Japan’s then-world No. 1 Kento Momota (Indonesia Open), Malaysia’s world No. 7 and All England champion Lee Zii Jia (French Open) and Chinese Taipei’s world No. 4 Chou Tien-chen (Hylo Open).

Another straightforward win against Kantaphon in just 30 minutes means Loh will be fresher in his bid to make history.