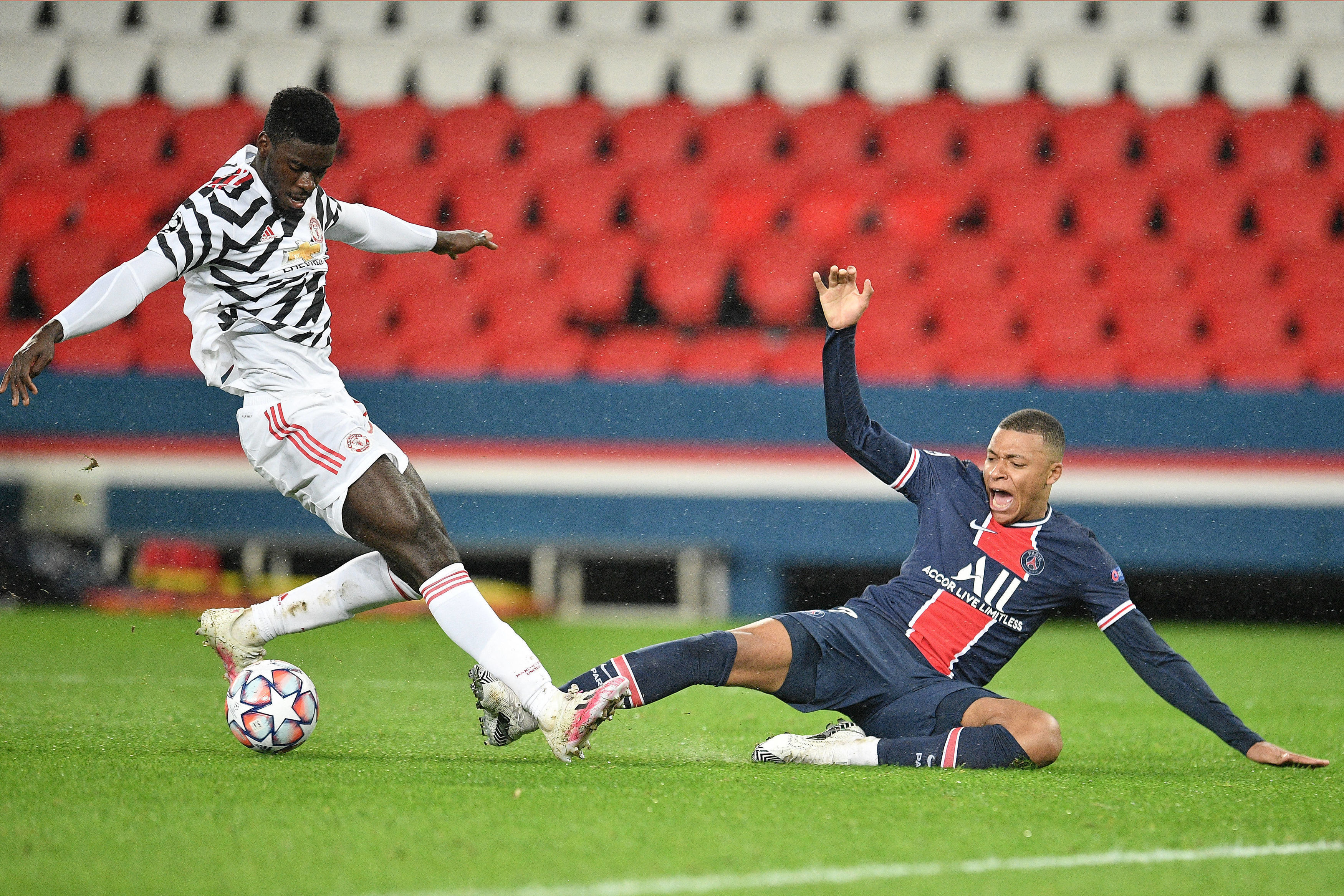 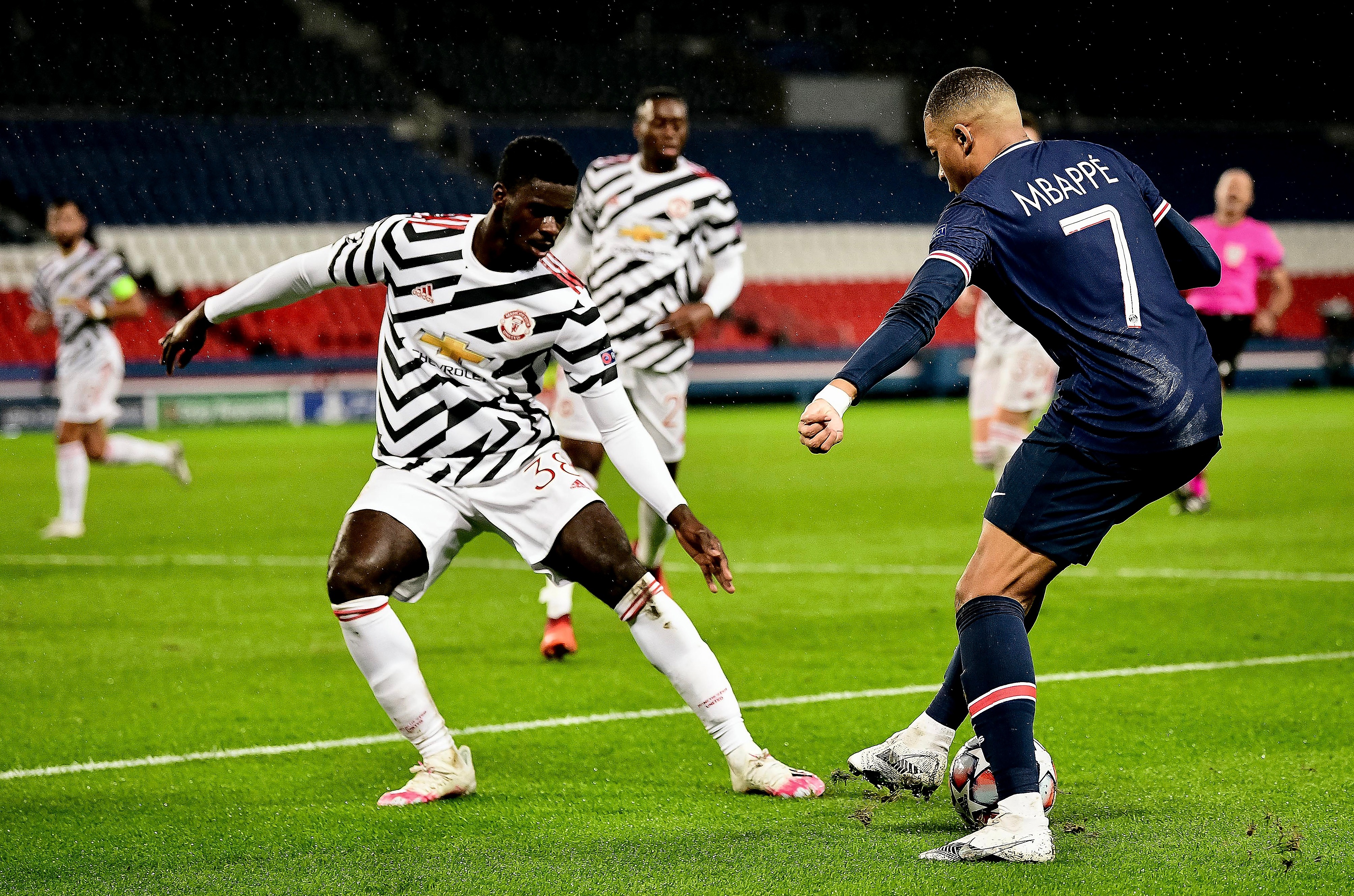 And the system worked a treat, keeping Mbappe and Neymar at bay as PSG mustered only five shots on target.

Fans and pundits particularly enjoyed Tuanzebe's marking of Mbappe, reducing the striker to just 54 touches – almost half that of Neymar.

He won all his aerial battles and made a game-high seven clearances.

Perhaps most impressive of the 22-year-old's display is how it came ten months after his last United game, due to a long injury lay-off.

Tuanzebe's team-mates lined up to pay tribute to his performance in the 2-1 triumph.

Marcus Rashford said: "I know Axel from a very very young age, he’s an unbelievable defender, and for me he has no problem stepping in even though he’s been out for a long time."

While David De Gea raved: "He has been unbelievable today.

"He played against two of the best players in the world in Neymar and Mbappe so he did really, really well. I am really happy for him."

Former England U21 international Tuanzebe, who joined the United academy aged eight, insisted his side were always big enough and strong enough to beat last year's finalists on their own turf.

He stated after the game: "We're a big club, we're not here for the music or parade, we worked hard last season to be in this competition.

"We want to do the best we can and start off as we did today and continue that momentum going forward.

"We came here to win, we're in the competition to win. We showed PSG respect but ultimately we're the bigger team and want to dominate and get the three points."

Former Manchester United star Rio Ferdinand sang the centre-back's praise and highlighted how he is just what Solskjaer needed after the team's struggles at the back.

The ex-defender told BT Sport: "This is where Man United have struggled in the last six to 12 months, in them areas, chasing players down the channels, they can't stay with them and then that opens up the back four or back three.

"But he was smelling danger. Ole just said he faced two of the best strikers in the world, he snuffed out danger many a time today, you have to reward performances like that.

"He has had a hard time with injury, but again first game in ten months, to come in and play like that out of the cold, you deserve to be rewarded but Ole is the man to make that decision."

And fellow pundit Owen Hargreaves declared: "I love him.

"Good luck getting this guy out of the team. To be fair he is a good athlete, he makes good decisions, physically he has a presence, he wasn't fazed by Mbappe or Neymar, I think he grew into the occasion."

Solskjaer has long been a huge fan of Tuanzebe and handed the youngster the captain's armband for a Carabao Cup clash with Rochdale last season.

On Tuesday night, he declared: "It’s an unbelievable performance, he’s only trained for a few weeks. He is a great leader.

"Sometimes you’ll get in a foot race with Mbappe and you’ll have to run with him and we know Axel’s qualities – he’s a top defender.

"First game in, I don’t know, ten months or something, which is just testament to the quality he has."

Meanwhile, fans were wowed by Tuanzebe's ability to face up to Mbappe – many remarking on how he kept the World Cup winner 'in his pocket'. 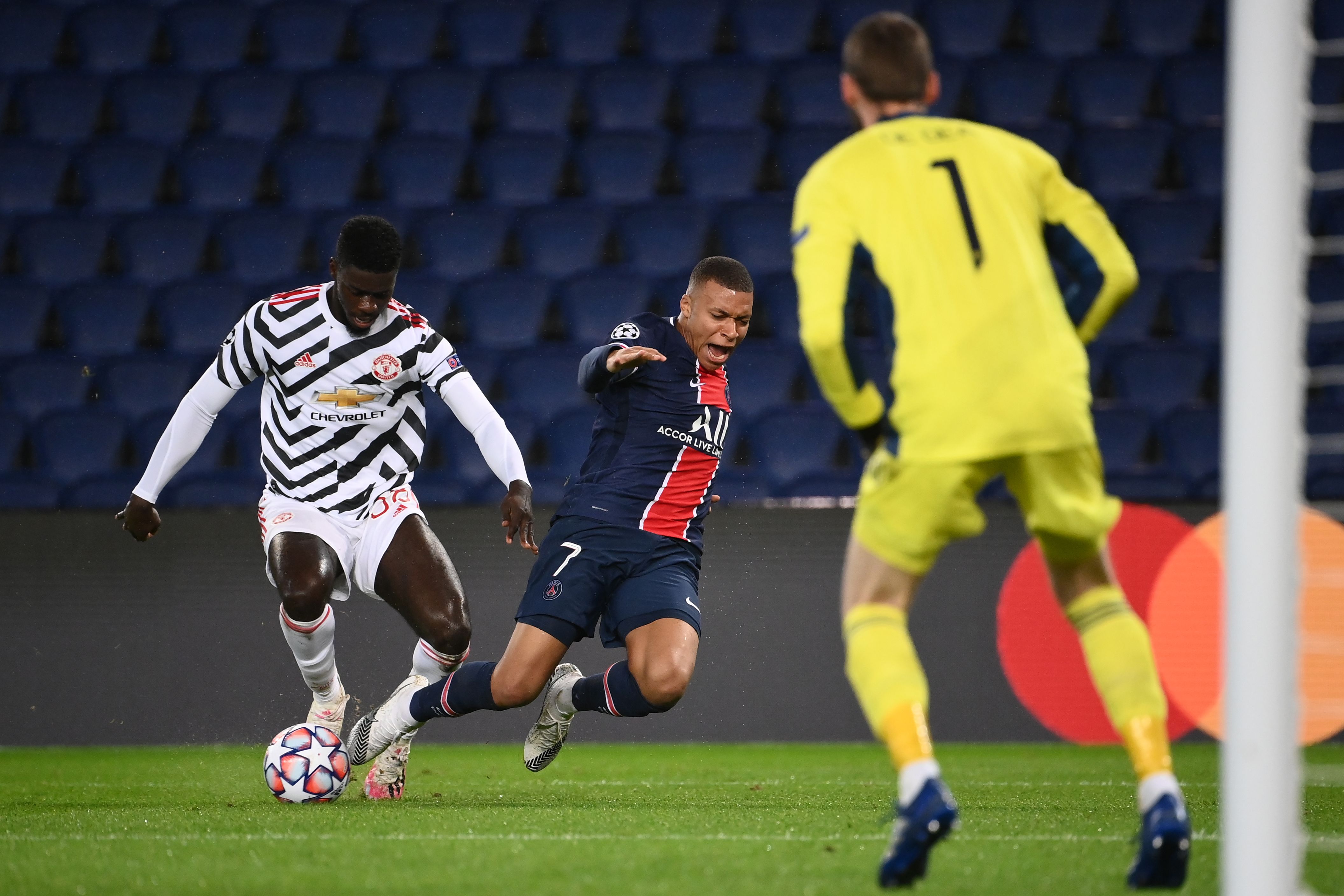 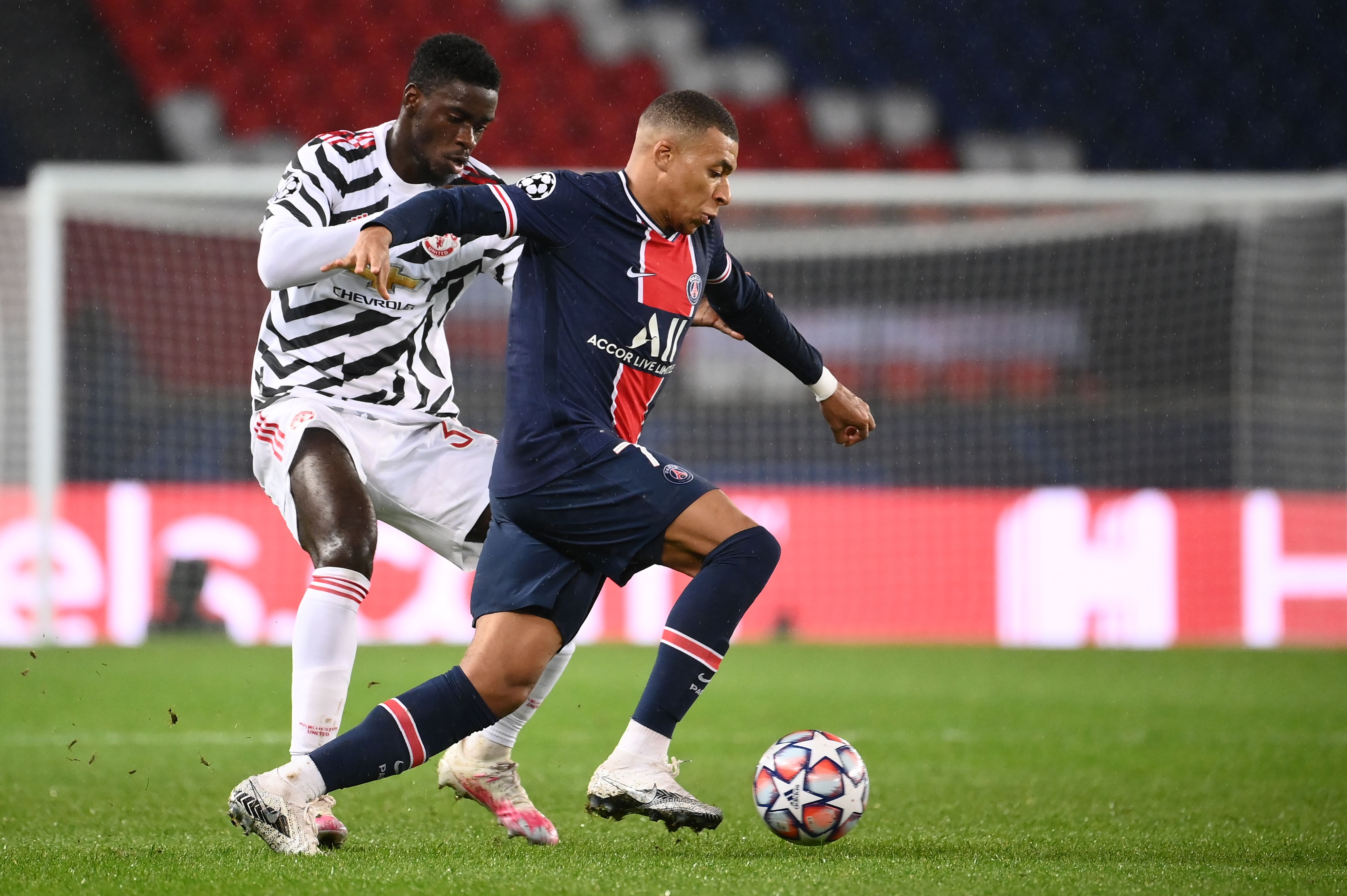 Twitter user Ant wrote: "Still can't get over how you can be out injured for nearly a year and then get slotted straight in to a match to then put Mbappe and Neymar in your back pocket. Give Tuanzebe respect."

And Anne Marie posted: "How are they going to let Tuanzebe on the plane back home with Mbappe in his back pocket?"

One United fan tweeted: "Worth noting that his last game was nearly a year ago. What a way to come back into the team."

While Rich commented: "How is Axel sending Mbappe for a swim twice?"