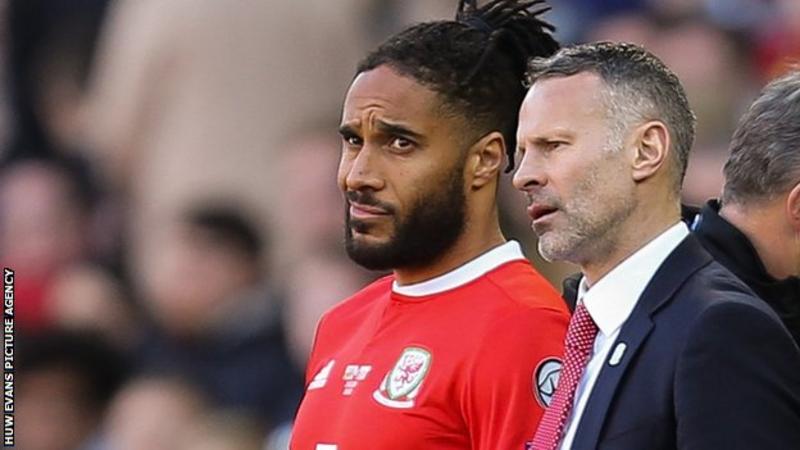 Captain Ashley Williams has been left out of the Wales squad for the Euro 2020 qualifier against Azerbaijan in Cardiff next month.

The 34-year-old is without a club after being released by Everton, and is now set to join Bristol City.

Rodon and Morrell, on loan from Bristol City, have received their first competitive senior call-ups.

The absence of Williams from the 26-man squad may enable Rodon to make his international debut with Swansea manager Steve Cooper saying he would be a “fit” for Wales.

There is also no place for Newcastle United defender Paul Dummett.

Manager Ryan Giggs is able to call on midfielder Aaron Ramsey for the first time in this competition following his return from injury in a pre-season game for new club Juventus.

Giggs will be relieved that forward Gareth Bale played in Real Madrid’s 3-1 victory at Celta Vigo in their La Liga opener, after a summer of uncertainty over the future of Wales’ talisman.

Nobody has been officially named as captain, but Bale is in line to skipper Wales again.

With midfielder David Brooks injured, his Bournemouth team-mate Harry Wilson. on loan from Liverpool, will be vying for a place in the forward line, which is expected to include Manchester United winger Daniel James.

Tottenham defender Ben Davies is included as he returns from summer groin surgery, alongside Chris Gunter, Wales’ record cap holder with 95 international appearances. Gunter has yet to feature for Reading this season.

Wales play Azerbaijan, at the Cardiff City Stadium on 6 September needing a victory after qualifying defeats in Croatia and Hungary in June 2019. They then entertain Belarus in a friendly at the same venue on 9 September.