Home » Sport » As Owner of the Mets, Steven Cohen Is ‘Doing It for the Fans’

As Owner of the Mets, Steven Cohen Is ‘Doing It for the Fans’ The greatest frustration for a die-hard fan is to believe you care more than the owner of your favorite team. You splurge for tickets and hang on every pitch. You treasure the memories and plot for the future. Your loyalty is unshakable, as permanent as height or shoe size. All you ask is that the folks in charge also bleed in team colors.

In baseball, caring tends to mean spending. It is a harsh calculation in most places, but not in New York, where people understand the basic rule: stuff costs a lot. If you are not prepared to spend, you should probably leave town.

Steven A. Cohen paid $2.475 billion last week to buy the Mets from the Wilpon family, who spent 18 years as principal owners without finding the right combination of funds, drive and vision to win the World Series — or win over the fans. In Cohen, who grew up taking the train from Great Neck on Long Island to Shea Stadium to watch the Mets from the upper deck with his buddies, the fans have one of their own in charge.

He just happens to run a hedge fund, Point72 Asset Management, and have an estimated net worth of more than $14 billion.

“I’m essentially doing it for the fans,” Cohen said on Tuesday. “When I really thought about this, I could make millions of people happy, and what an incredible opportunity that is. That’s how I’m thinking about this. I’m not trying to make money here. I have my business at Point 72 and I make money over there. So here, it’s really about building something great, building something for the fans, winning. I just find this an amazing opportunity.”

Cohen and his new team president, the former Mets General Manager Sandy Alderson, spoke for 45 minutes each in a news conference by video conferencing that heralded a new day in the often-tortured history of the team. It was startlingly smooth, pitch-perfect messaging from a team rarely known to consistently articulate its principles.

The Mets missed the playoffs in 15 of the last 18 seasons, including the last four, after the Wilpons bought out Nelson Doubleday’s half-stake of the franchise in August 2002. They have not won a championship since 1986. Cohen, 64, is tired of waiting.

“Only one team wins the World Series every year, so that’s a pretty high bar,” he said. “But if I don’t win a World Series in the next three to five years — I’d like to make it sooner — then obviously I would consider that slightly disappointing.” 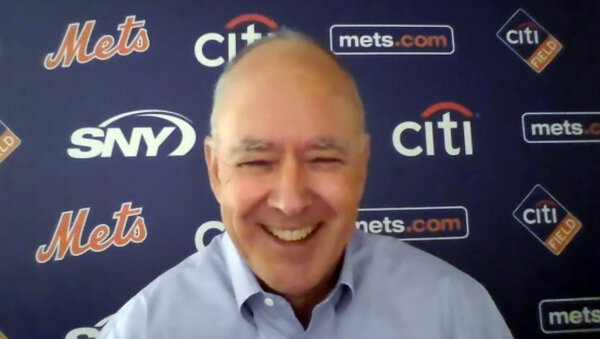 Alderson, 72, helped build the Mets’ last pennant winner in 2015. He left three years later while fighting cancer and then advised the team he first ran, the Oakland Athletics. The chance to preside over the Mets’ baseball and business operations intrigued him, he said, because of Cohen, and the “immense possibilities” he represents for a tattered brand.

“The Mets are a storied franchise, if you will,” Alderson said. “Some of the stories have been good. Some of them have been bad. If we want to be an iconic franchise, which I think we are capable of doing, we have to write more good stories than bad, and occasionally we have to write a really epic story. That’s what excites me about these next few months and years, because I think we have the chance to do that.”

Alderson, who served in the United States Marine Corps. and earned a law degree from Harvard, has long chafed at the Mets’ reputation for comedic chaos and unforced errors. A former general manager, Steve Phillips, likes to say that to run the Mets is to see the pile of manure in your path but step in it anyway.

In Cohen, Alderson said, he found an owner who could restore respectability and shed the well-earned label for slapstick. On Tuesday’s call, Alderson read from a memo he prepared for Cohen outlining his mission.

“First page, second paragraph,” Alderson said. “A vision for new ownership: to create an iconic major league franchise respected for its success — competitive and financial success — and how it achieves that success, and for its commitment to fans and community.”

Respect should flow not merely from winning, Alderson said, but from the way a team operates. As an initial good-will gesture last week, Cohen restored the pre-pandemic salaries of all Mets employees, reversing the 5 to 30 percent pay cuts implemented in March. He also established a relief fund for seasonal employees who work at Citi Field.

Those gestures cost Cohen about $9.5 million, he said last week — or less than the Mets would have spent on Brad Hand, an All-Star reliever for the Cleveland Indians who went unclaimed by every team on waivers last week. Had Cohen been in place, Alderson said, the Mets might have made the $10 million claim.

“Now, is that a good deal?” Alderson said. “I don’t know. It’s probably overpaying a little bit, who knows? But today, given what we want to achieve, it’s not about how much less we can get somebody for. It’s more about getting that somebody. Now, I don’t want to create the impression that we’re going to go out and sign a bunch of players. But we now can emphasize the acquisition rather than the cost.”

Alderson said the Mets’ manager, Luis Rojas, would “very likely” return for a second season. The team is seeking both a president of baseball operations and a general manager to replace the fired Brodie Van Wagenen, and already, Alderson said, the jobs are attracting more and better candidates than they could have before.

Free agents, naturally, will find a generous owner more alluring, and teams hoping to unload salaries will be eager to talk trade. Cohen said he would trust Alderson’s new staff to make the right decisions, and pledged that the Mets would not spend like “drunken sailors.” But he left no doubt of his goal: restoring pride to his favorite team.