Home » Sport » Arsenal wonderkid Omari Hutchinson, 17, has been compared to England star Raheem Sterling and is a viral sensation

Arsenal wonderkid Omari Hutchinson, 17, has been compared to England star Raheem Sterling and is a viral sensation 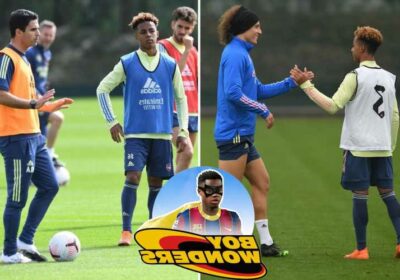 ARSENAL wonderkid Omari Hutchinson is knocking on the door to the first team very loudly.

It seems that on a weekly basis, Gunners fans are getting treated to another moment of sensational skills by the attacking midfielder during an Under-23 game. 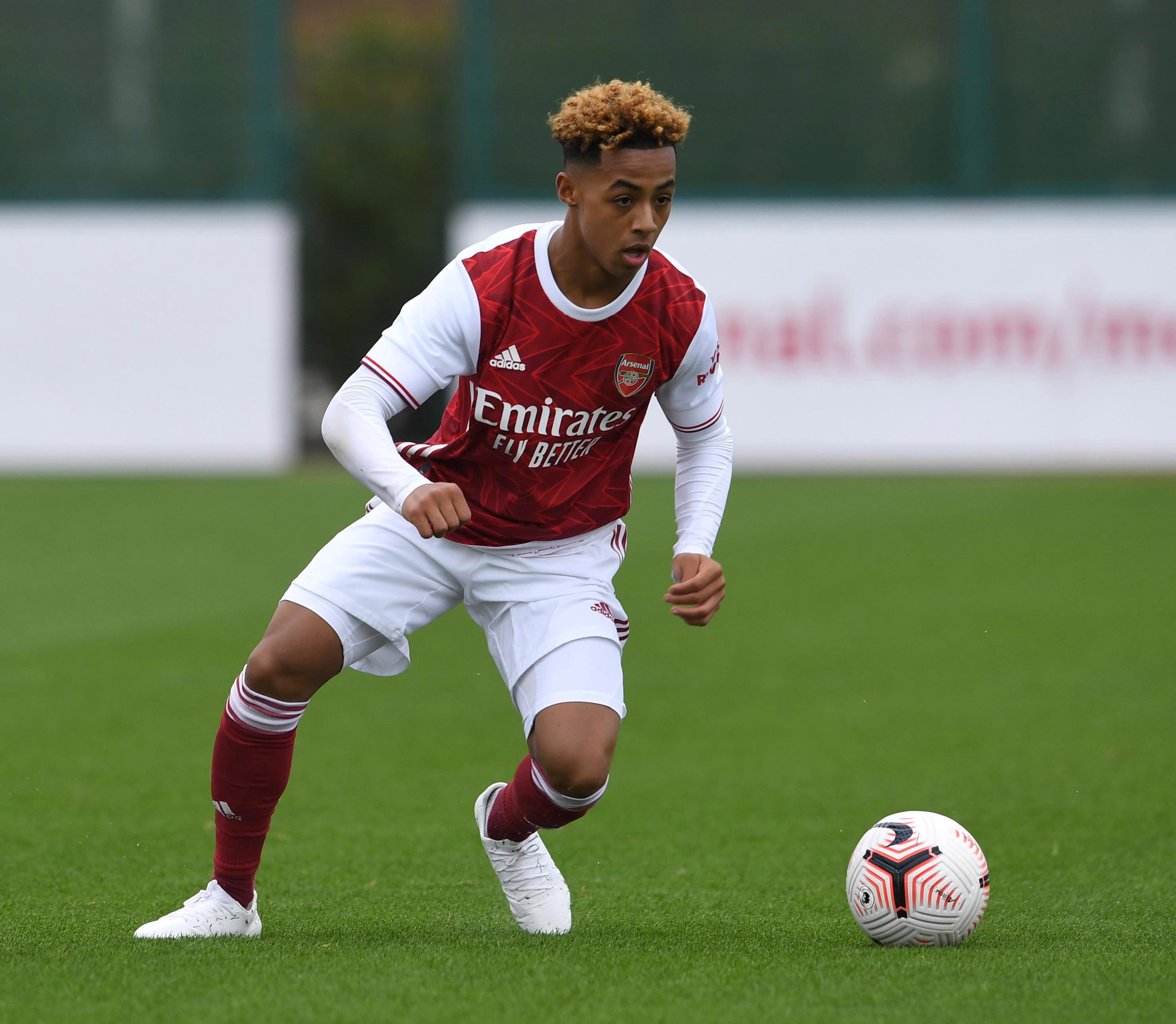 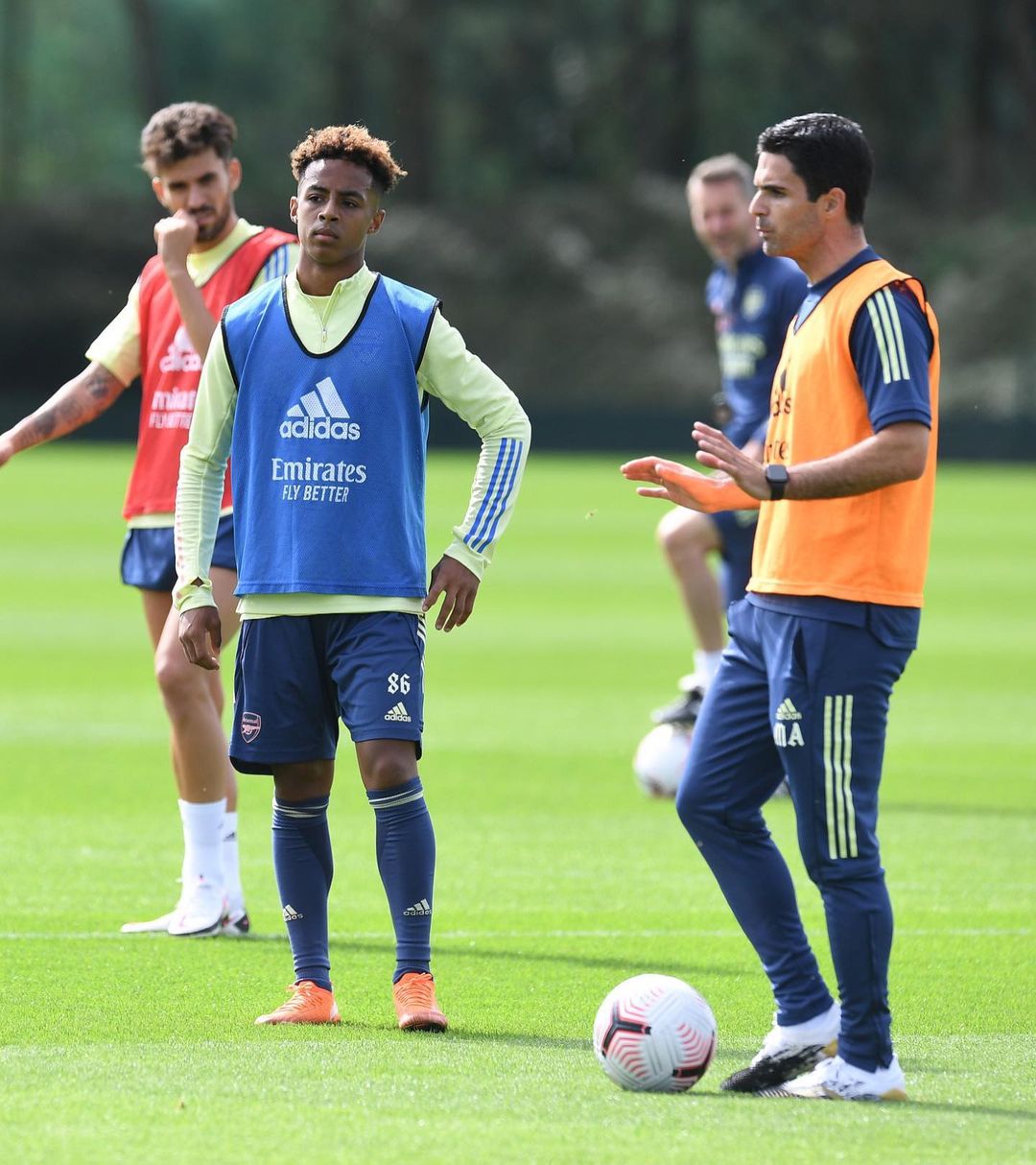 Only last week, Hutchinson produced a stunning backheel assist in a 1-1 draw at Bournemouth.

And his form has left boss Mikel Arteta and sporting director Edu rubbing their hands with glee at the prospect they may have found the next Bukayo Saka.

Like Miguel Azeez, Charlie Patino and Nikolaj Moller, Hutchinson is on the fringes of a first team call-up, earning rave reviews among the Arsenal coaching staff.

An attacking midfielder with quick feet and bags of pace, Hutchinson was spied listening attentively to his Spanish boss during coaching sessions at the tail-end of last year.

Former Arsenal star David Luiz was also impressed by his efforts – and embraced the youngster with a high-five.

FULL OF POTENTIAL AND BELIEF

Last year, Hutchinson signed his first pro contract with Arsenal, who he has been with since the age of 11.

"A proud day for me and my family and I look forward to pushing on and continuing to work hard," he wrote on his Instagram as a caption for a photo that showed him inking his deal.

The confidence he has in his ability translates to the swagger he plays with on the pitch.

An attacking midfielder who has drawn comparisons with Raheem Sterling, Hutchinson boasts fine dribbling skills and an eye for a goal playing on the right wing. 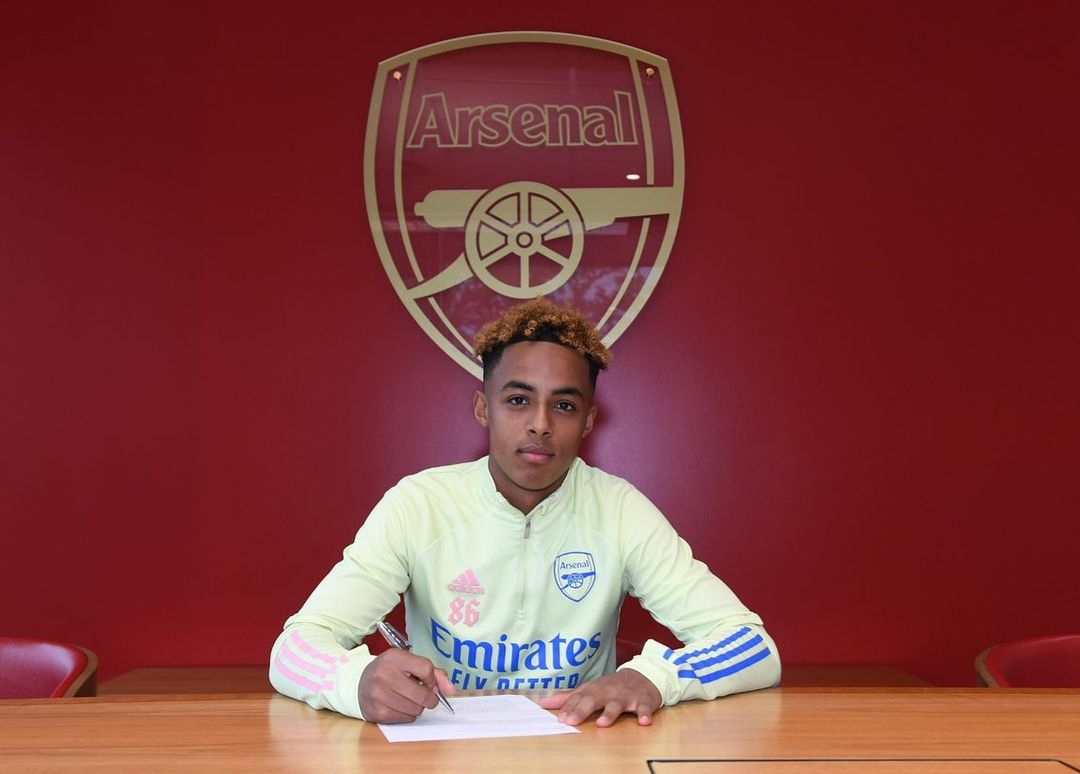 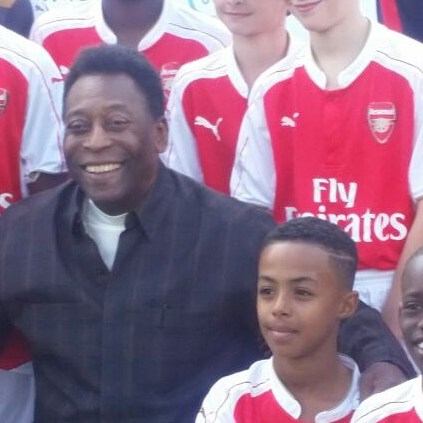 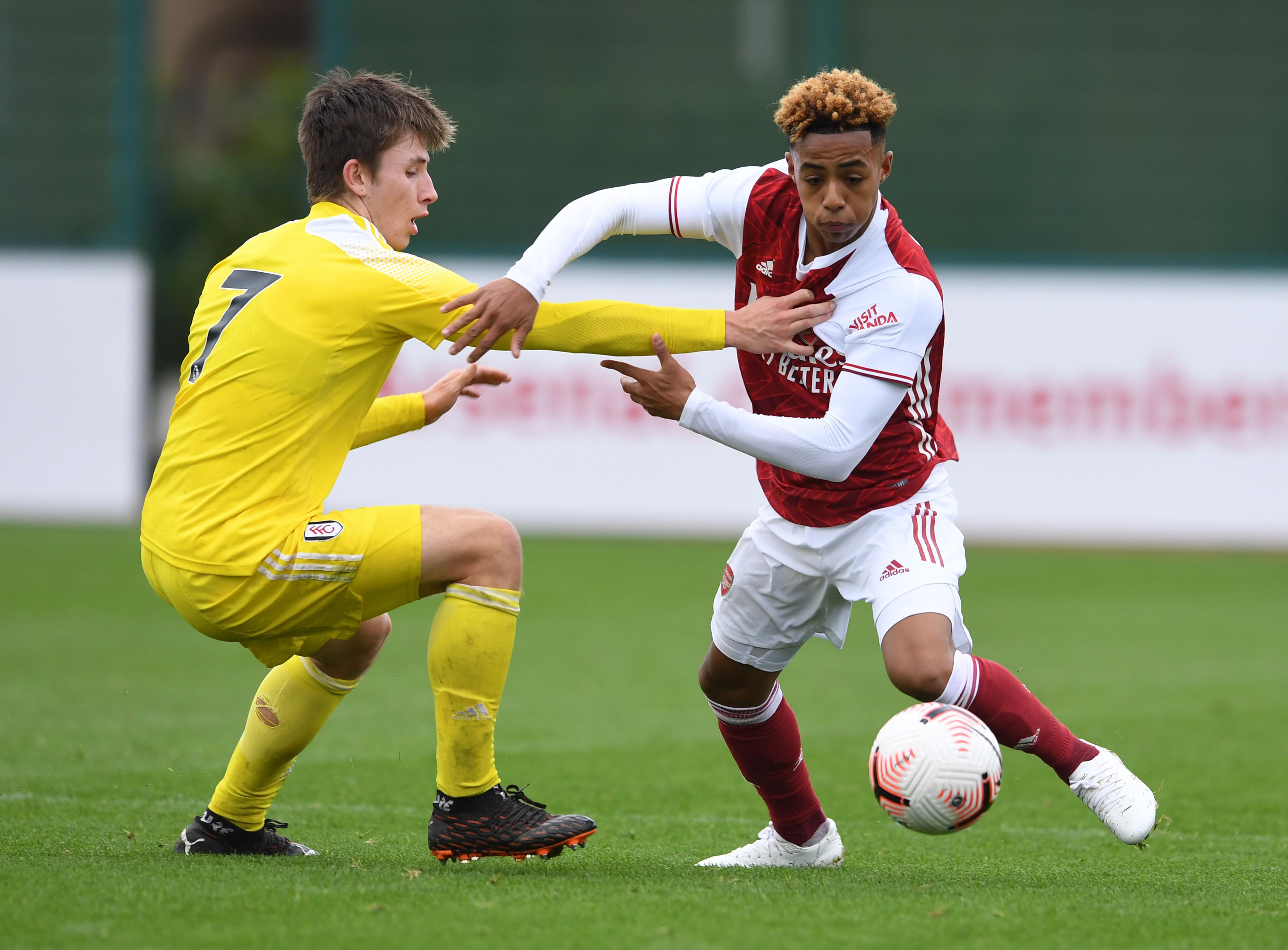 Last season he was the star performer in the 4-1 rout of Tottenham for the U18's – scoring a brilliant individual goal and grabbing an assist.

And he is equally as adept playing in a No10 role, while he was also used at left-back.

A few months before Hutchinson penned his deal with the club, he was drafted into a first team training session with Arteta and Arsenal's main stars.

Immediately, he impressed his boss with his passing, skill on the ball, movement and his determination.

He is now regularly popping up in training sessions with the first team.

Of course, Arteta had heard from Hutchinson's youth coaches that he was one of the most exciting players in the academy.

But the proof was there that he could cut it with the big boys and he wasn't overawed by the senior stars.

On Tuesday night, Hutchinson got some valuable experience in the Football League Trophy – bagging a goal in a 4-3 win away at Newport County.

Fans raved that he was Arsenal's standout performer. 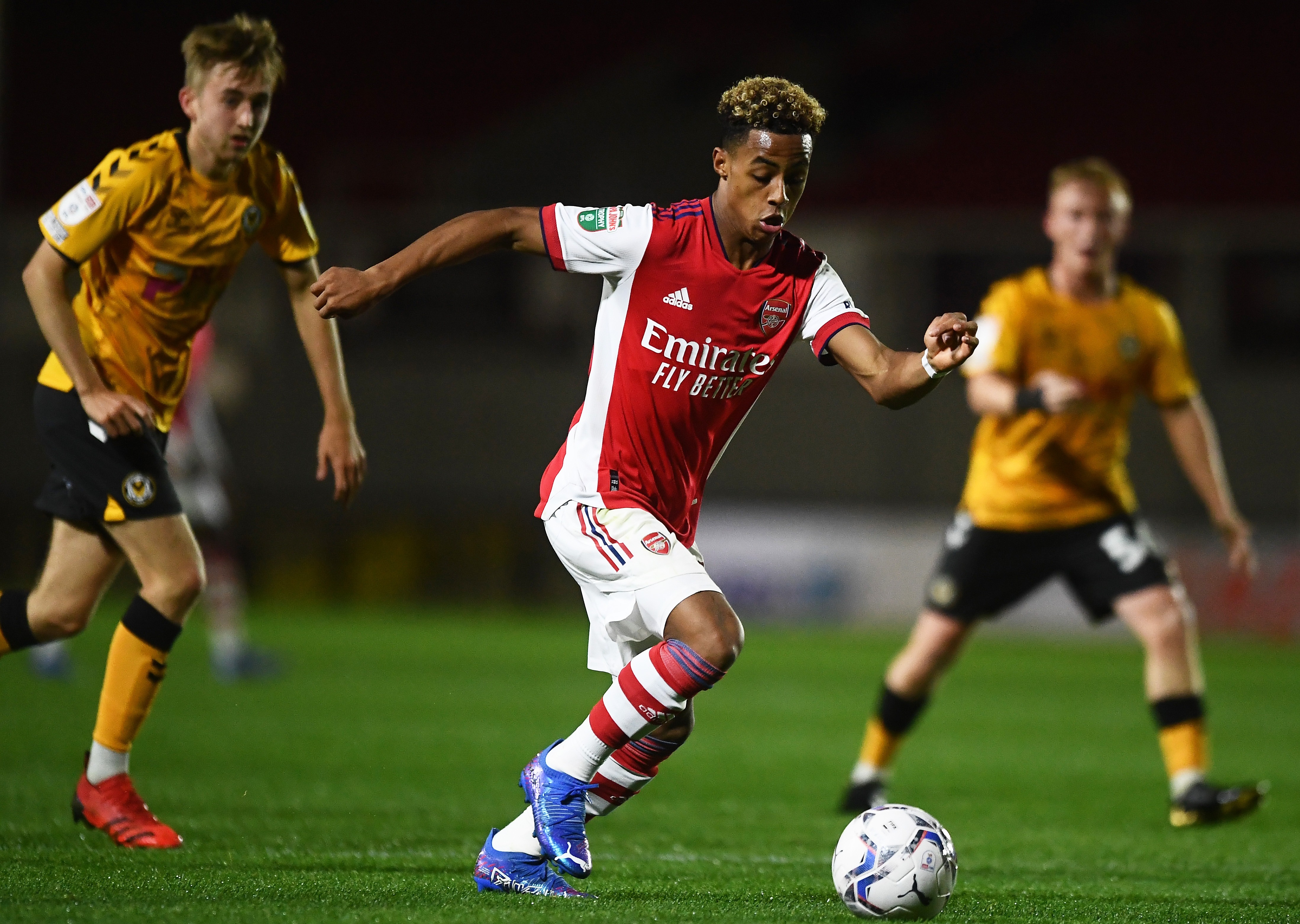 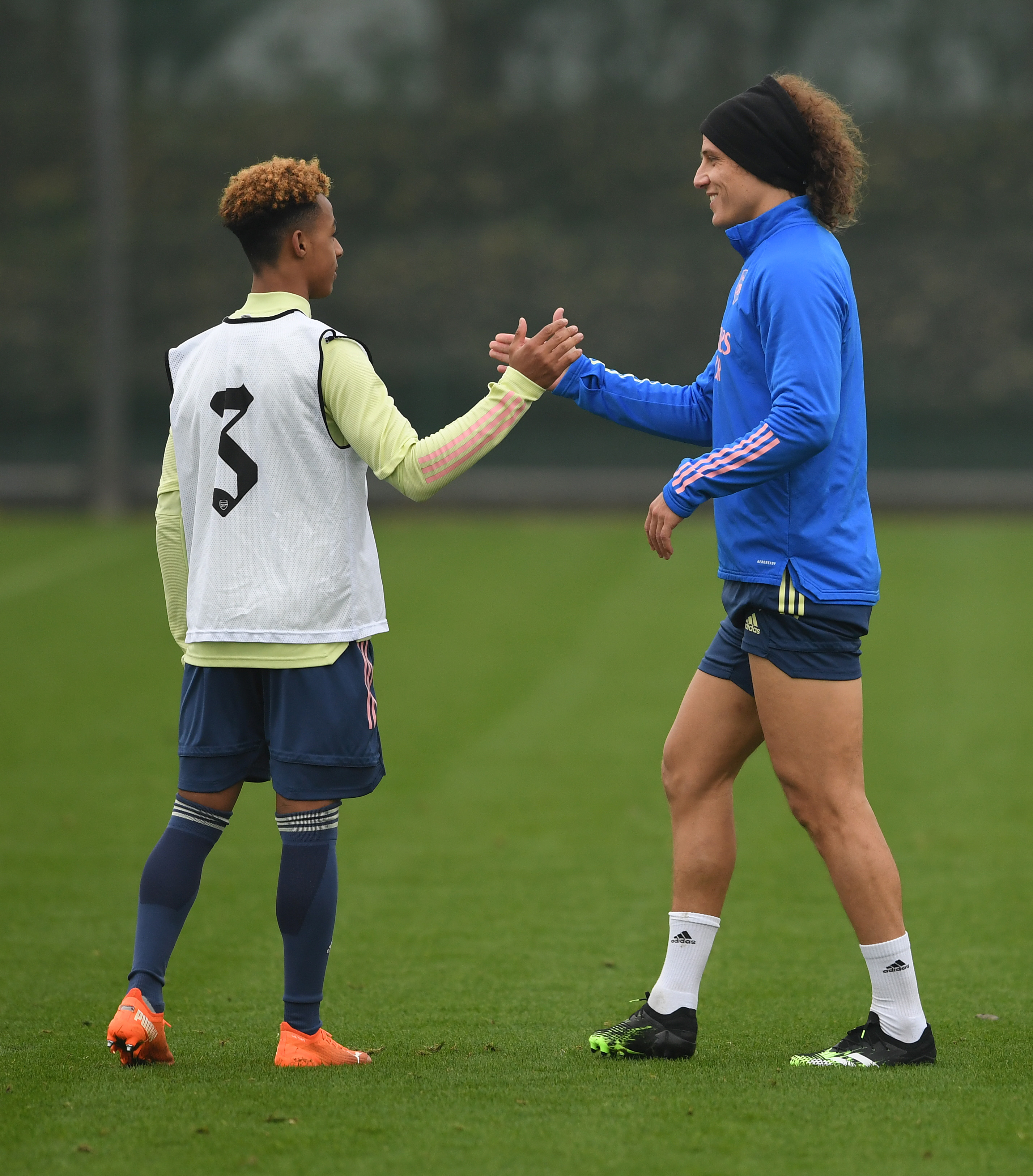 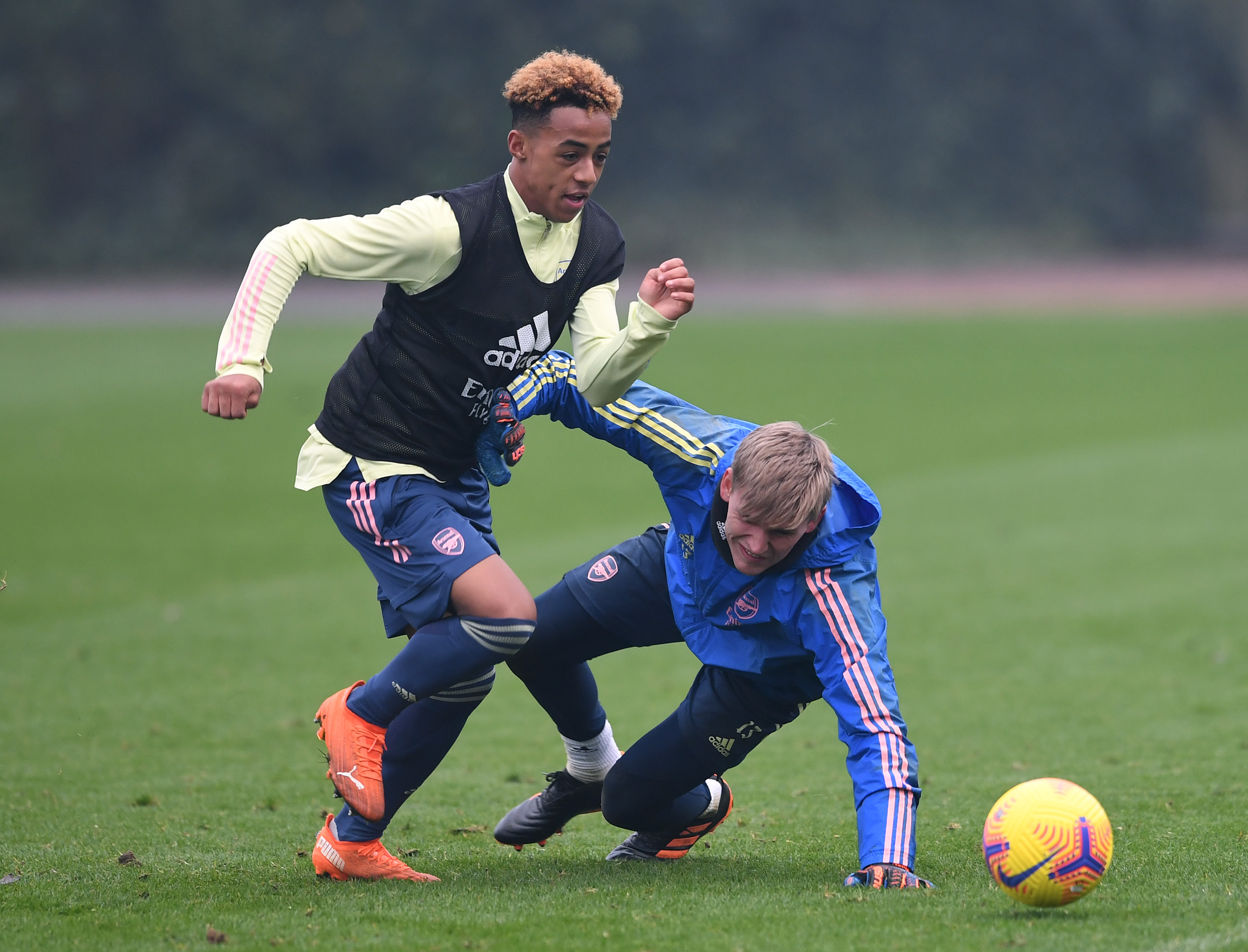 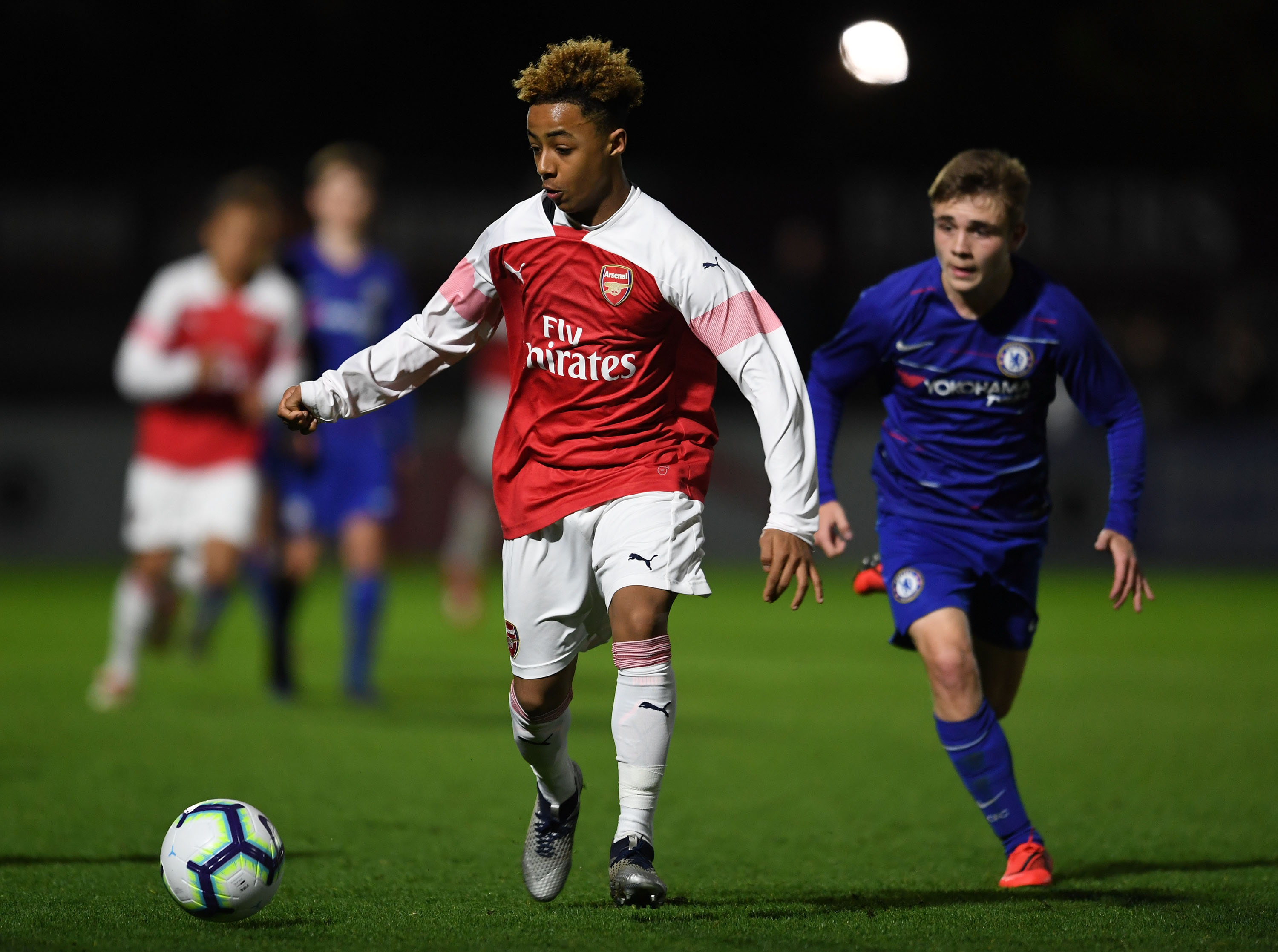 Brazilian legend Luiz was certainly one who had admiration for Hutchinson – with the curly-mopped defender beaming towards the boy before offering him his hand.

This season in the Premier League 2, he has two goals and two assists in his six games.

Inevitably, it won't be long before Hutchinson lines up alongside Saka and Smith Rowe in the first team.