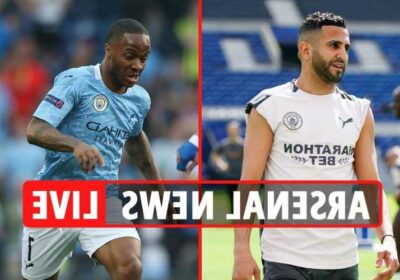 ARSENAL are reportedly interested in signing Raheem Sterling, with Man City putting the star up for sale.

Other targets the Gunners are said to be looking at include Riyad Mahrez, Emi Buendia and Dwight McNeil.

We've also the very latest on Martin Odegaard, as well as an update on Alexandre Lacazette's Emirates future.

Get all the latest Arsenal news, transfer gossip and updates with our live blog…