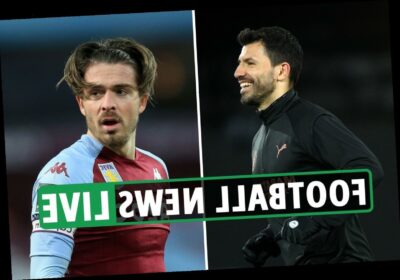 CHELSEA are considering a summer move for Sergio Aguero, who is available on a free transfer from Manchester City.