Home » Sport » Arsenal ratings: Tomiyasu has a stinker at Brighton as Saka is only bright spark in blunt Gunners attack in 0-0 draw

Arsenal ratings: Tomiyasu has a stinker at Brighton as Saka is only bright spark in blunt Gunners attack in 0-0 draw 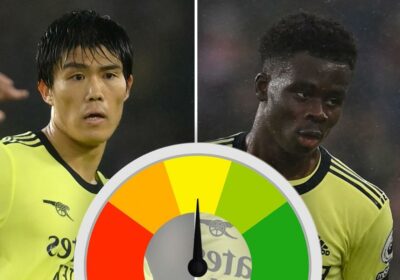 ARSENAL laboured to a disappointing 0-0 draw at Brighton as the Gunners looked a shadow of the team that thrashed Tottenham last week.

Takehiro Tomiyasu was dreadful at right-back as Bukayo Saka looked the most dangerous of a fairly blunt Arsenal attacking quartet. 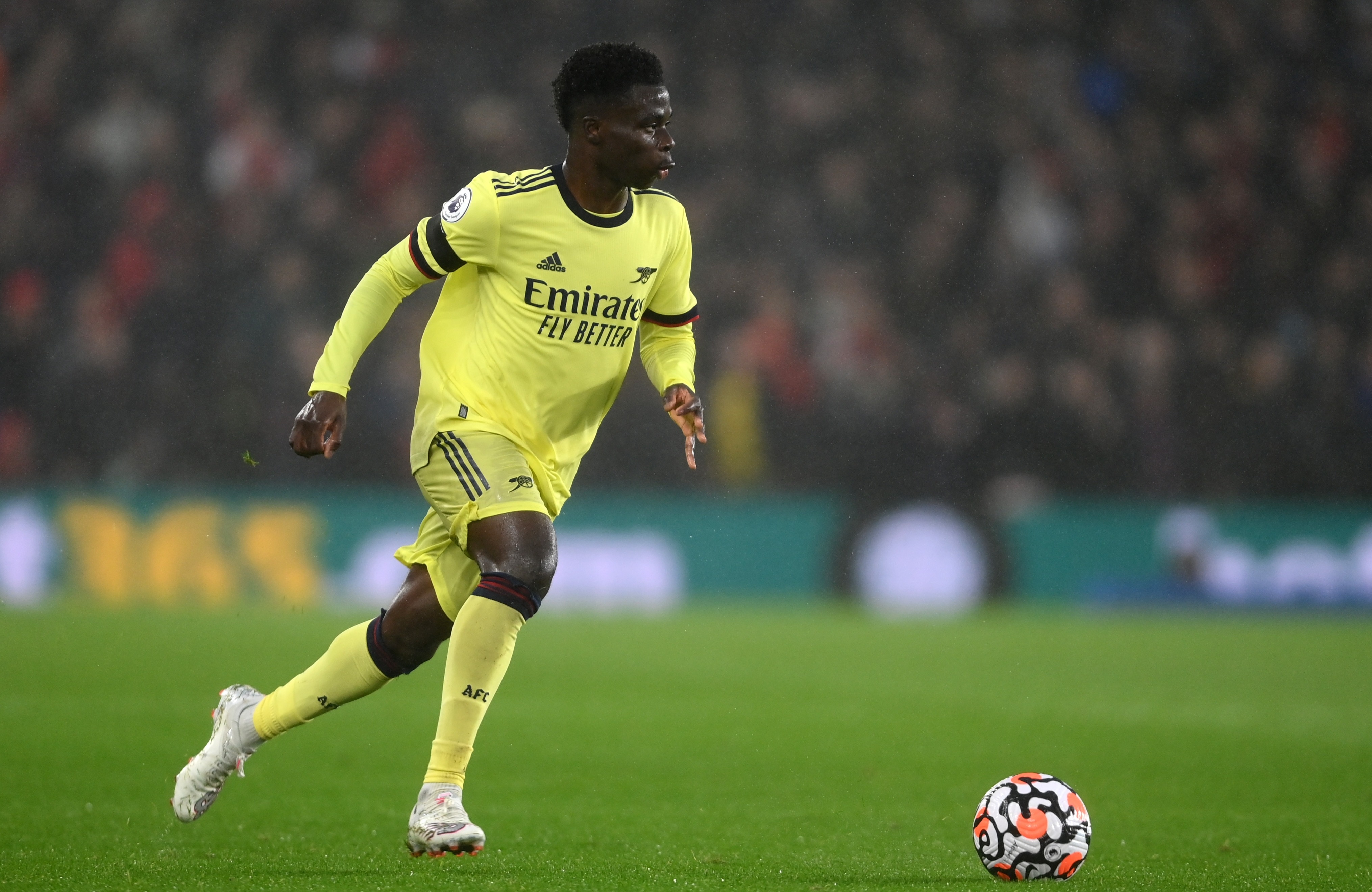 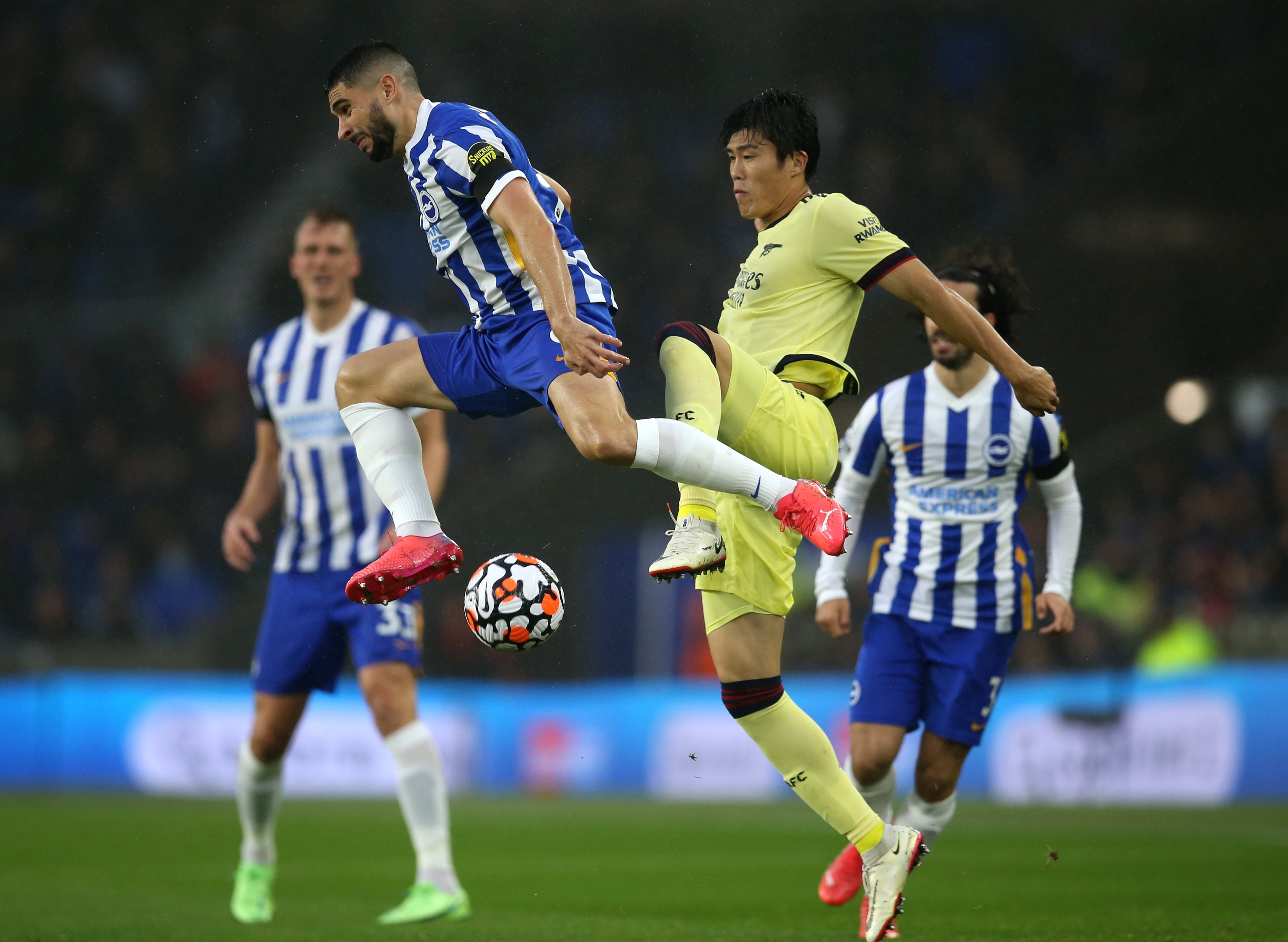 Brighton were by far the better side in the first-half with Arsenal having sloppy Seagulls finishing and a couple of Ben White blocks to thank for going in level at the break.

It didn't get much better for the Gunners in the second-half as Brighton showed why they're sitting pretty in the top half.

The North Londoners failed to create much going forward and would have lost if the hosts were more clinical in front of goal.

And here's what SunSport's William Pugh thought of the Gunners' individual performances.

Dropped a cross under limited pressure on 20 minutesand was very fortunate Lewis Dunk somehow blazed it over from eight yards as the keeper lay stricken.

The ball was very wet and he was clattered but the contact came after he'd fluffed his lines.

Rarely tested after the break but neat and tidy when called upon.

Vital interception to stop Maupay getting the winner with five to go.Will be pleased with the clean sheet. 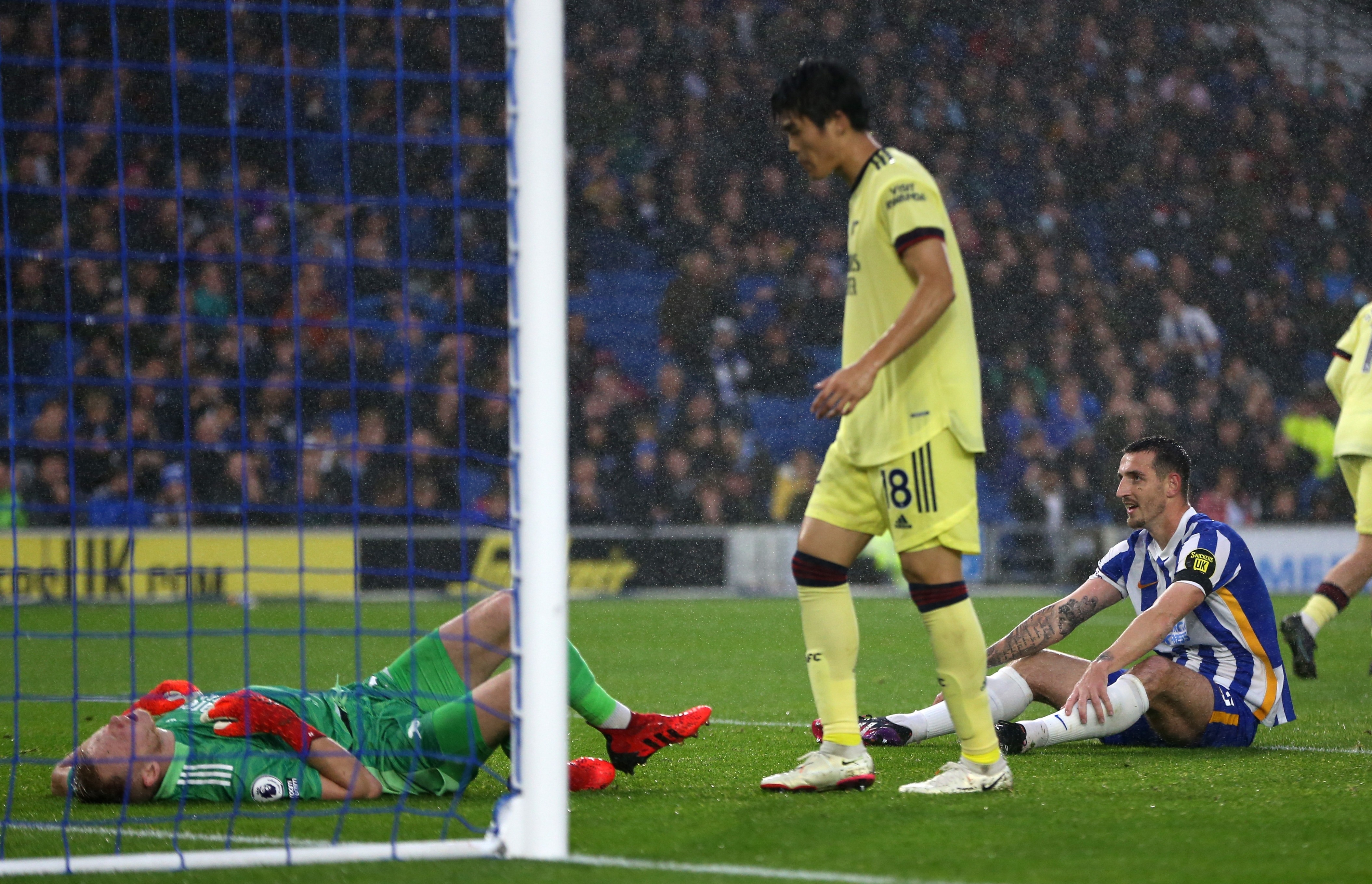 Did well to hold up Leandro Trossard as the Belgian broke down the right and dragged his shot wide after quarter of an hour.

Earned his money defensively though offered little going forward despite trying to chip in as Arsenal were pegged back.

Nervous start at his old club and was lucky a loose pass was not capitalised on by Marc Cucurella on 10 minutes.

Some more decisive interventions as the half wore on – particularly at the near post as Trossard ghosted in and just minutes later when he had to bail out the awful Tomiyasu's cock-up. 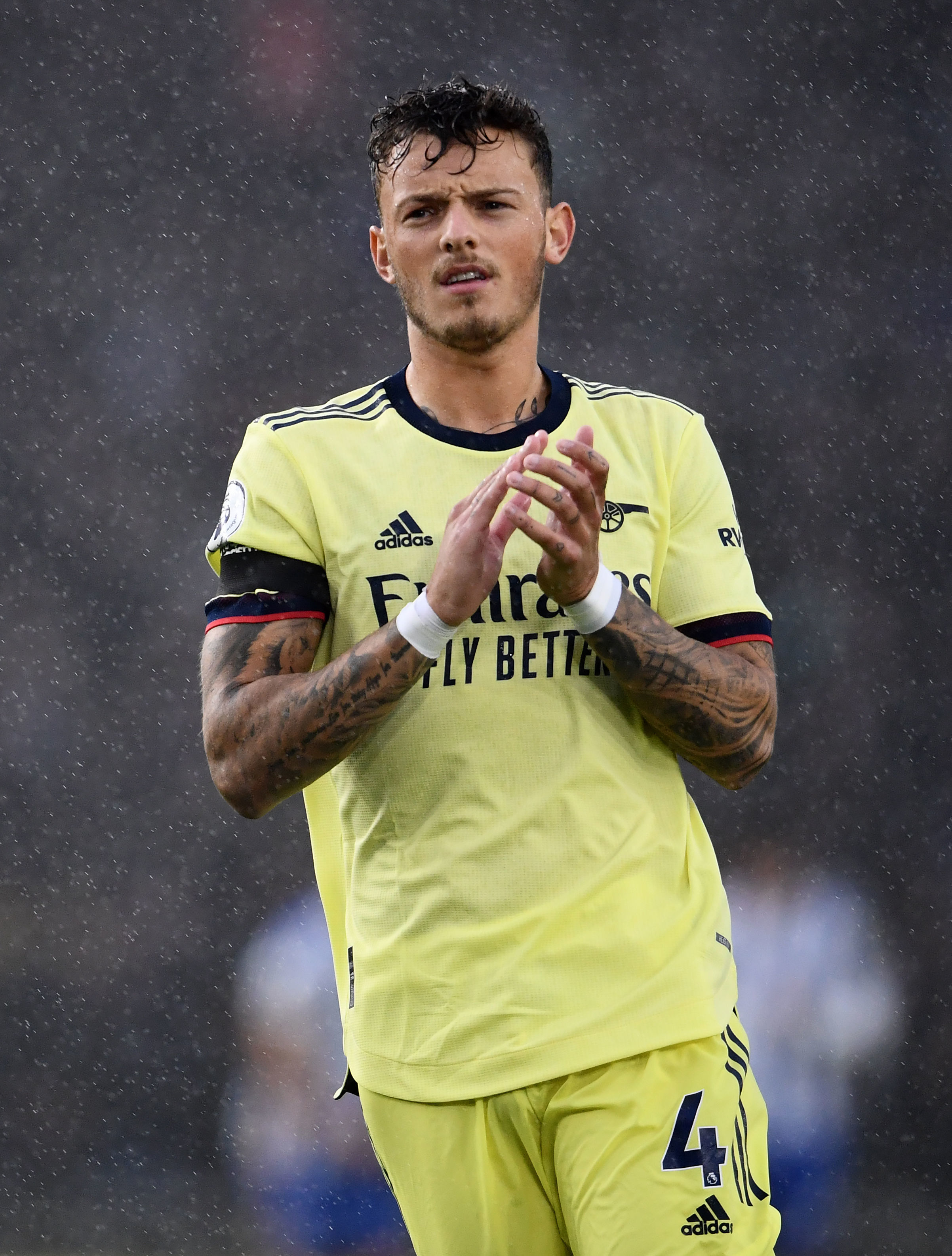 Caught flat-footed a number of times in the first-half as Brighton spurned some big chances.

Will be pleased with the clean sheet on a tricky afternoon. 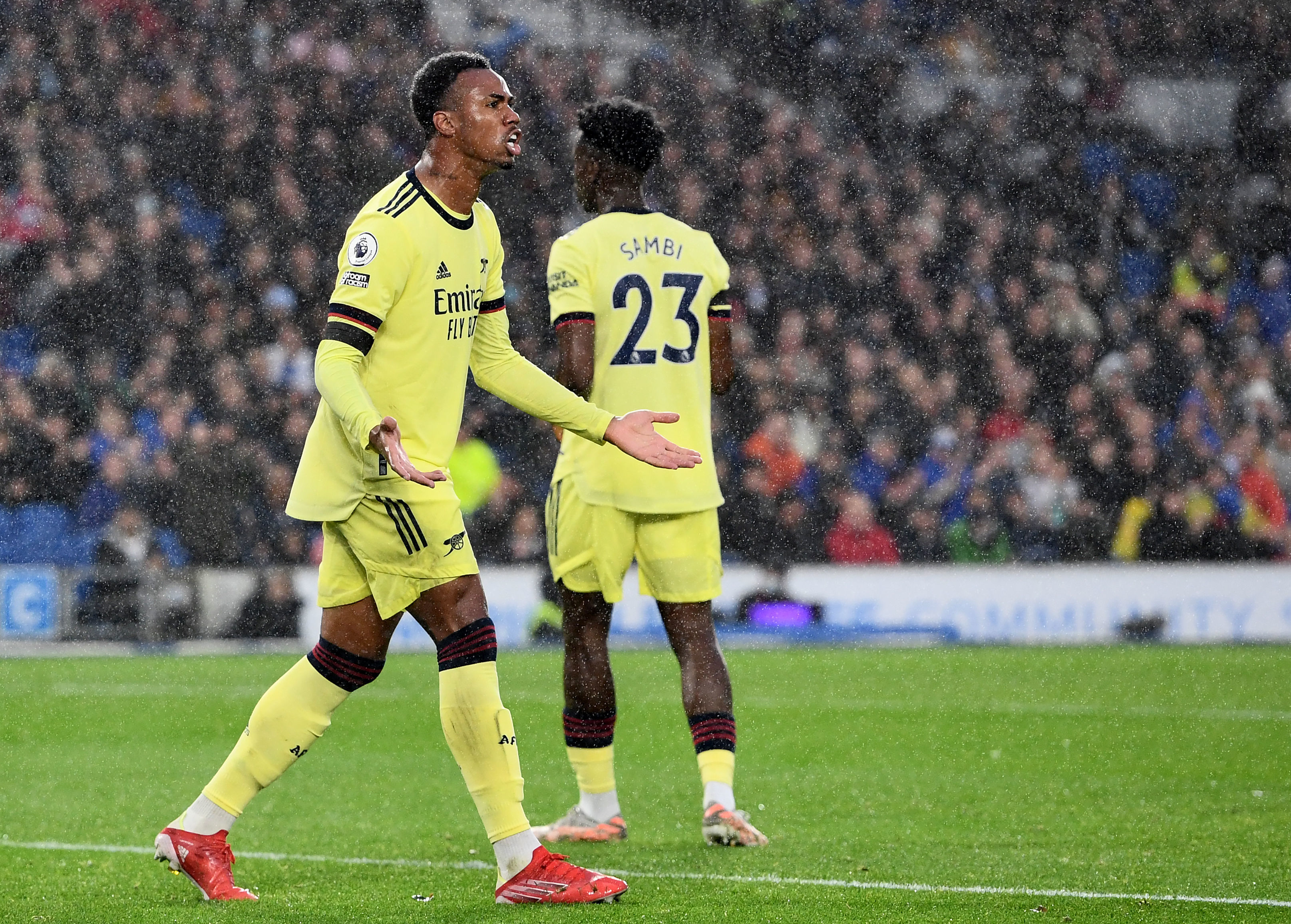 Caught out of position early on and was hesitant on several occasions as he failed to grow into the game.

Was at fault for Brighton's first big chance in the 15th minute as Cucurella got in down the left and saw his low ball across the six-yard box bypass everyone.

Gave the ball away again deep inside his own half on the half-hour mark and had to be bailed out by White's last minute block on the edge of the box.

Brighton started to target Arsenal down his flank as he continued to get bullied. Will want to forget this one ASAP. 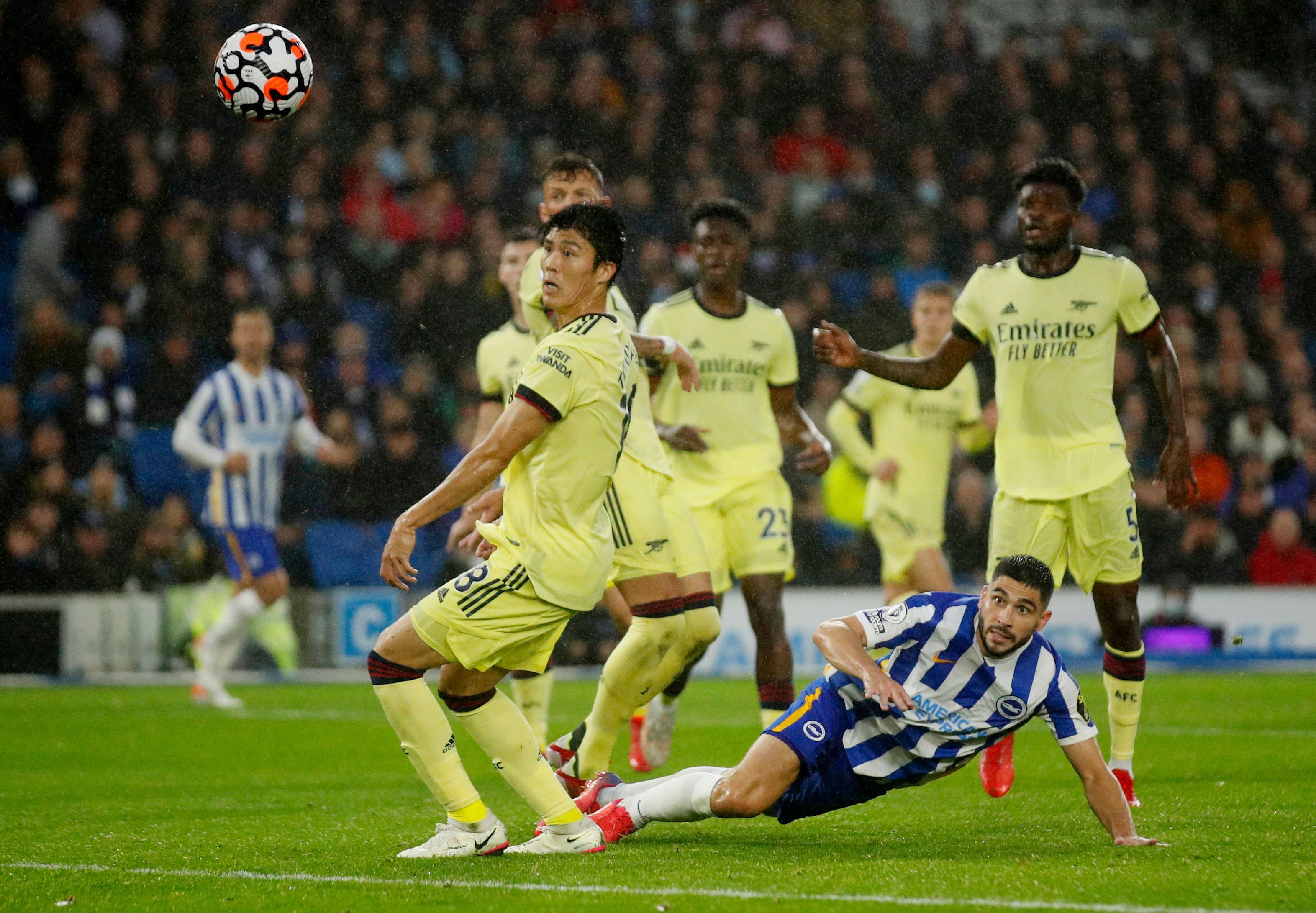 Continually looked half a yard behind the Seagulls before and looks far more exposed in the holding midfield role with Lokonga alongside him instead of the injured Granit Xhaka.

Belting a 35-yard free-kick into row Z on 35 minute about summed up his first-half showing.

Did just about enough to put Dunk off as he headed into the side netting in the closing stages of the first-half. And curled a shot wide with five to go in the first-half.

Blazed another effort from distance to jeers from the crowd 10 minutes after the break. Needs to step up in Xhaka's absence. 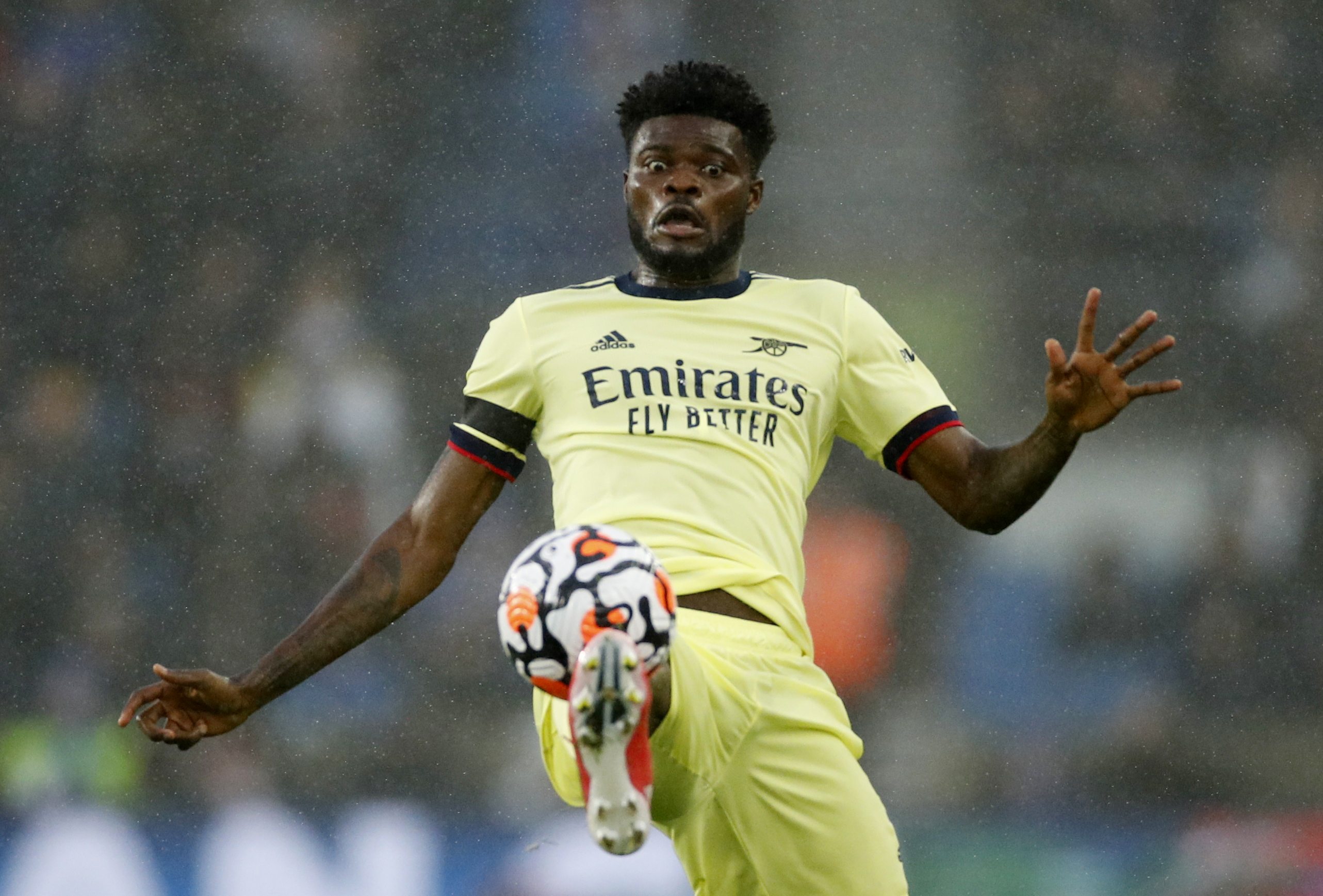 Chased blue and white striped shadows with his midfield partner Partey in the first 45. Highlighted how much Arsenal miss an on-form tenacious Xhaka.

His job was made slightly harder by Tierney's repeated attempts at an overlap – leaving Lokonga to cover.

Blazed over after a rare foray forward early in the second-half. Arteta will want much more for him in the next few weeks.

Industrious and drove forward when he could but had very few opportunities to get on the ball before the break.

Fizzed a brilliant cross in from the left in the closing stages of the first-half and was unlucky to see it just intercepted when Aubameyang would have been in for a sitter.

Should have done better with Arsenal's best chance of the second-half when he chose to shoot at the near post instead of squaring it. Frustrating afternoon. 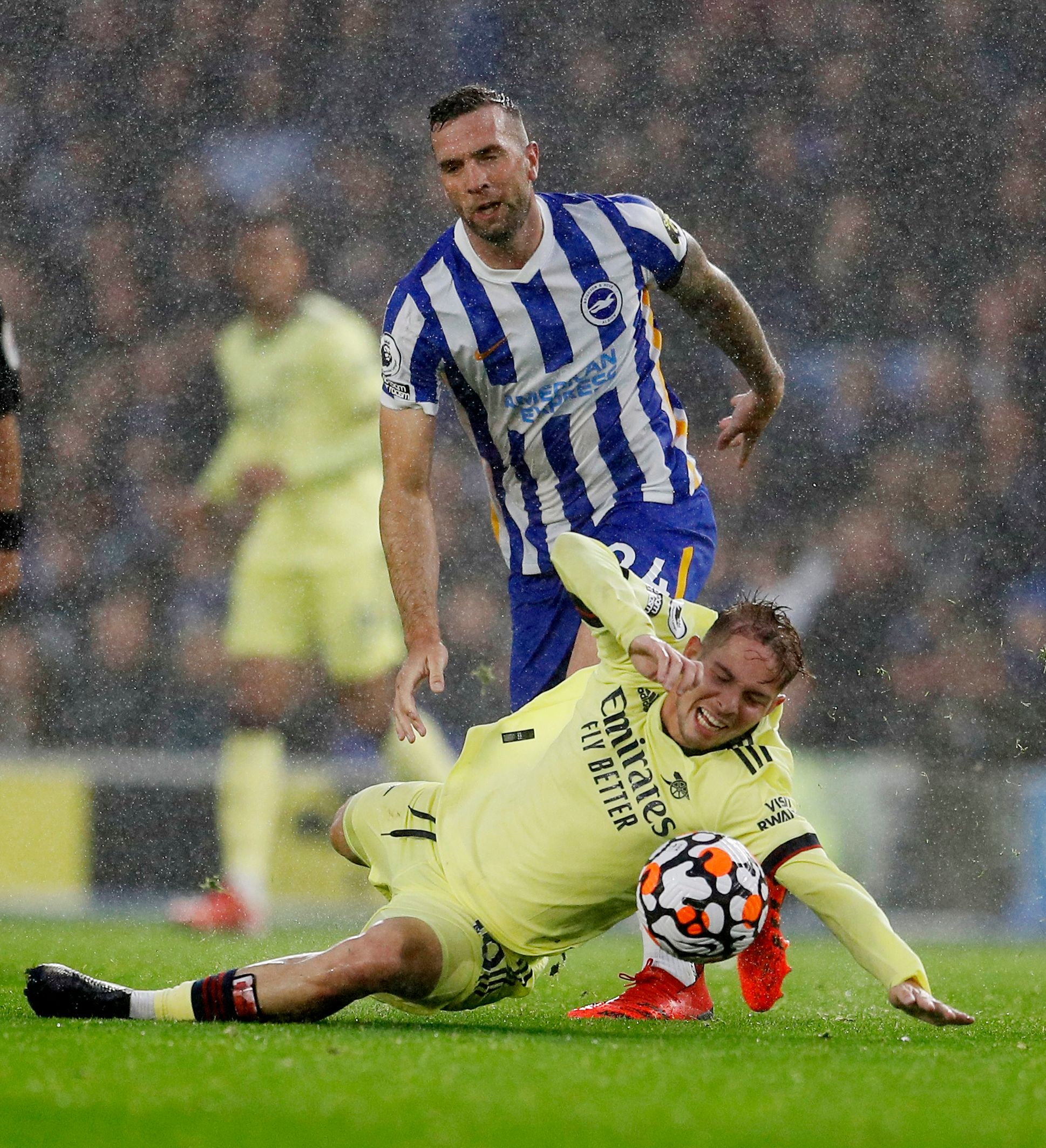 Very quiet in the first-half as the Gunners were pegged back inside their own half.

Anonymous until he was hooked on the hour mark.

Beat two in an outstanding run inside the first minute to get the away end going but his weak shot was easily saved by Rob Sanchez.

Was Arsenal's only real threat and had the beating of Dan Burn as his cross was headed into the post by Aubameyang 23 minutes in.

Best of an underwhelming bunch as he continued to try and make something happen. 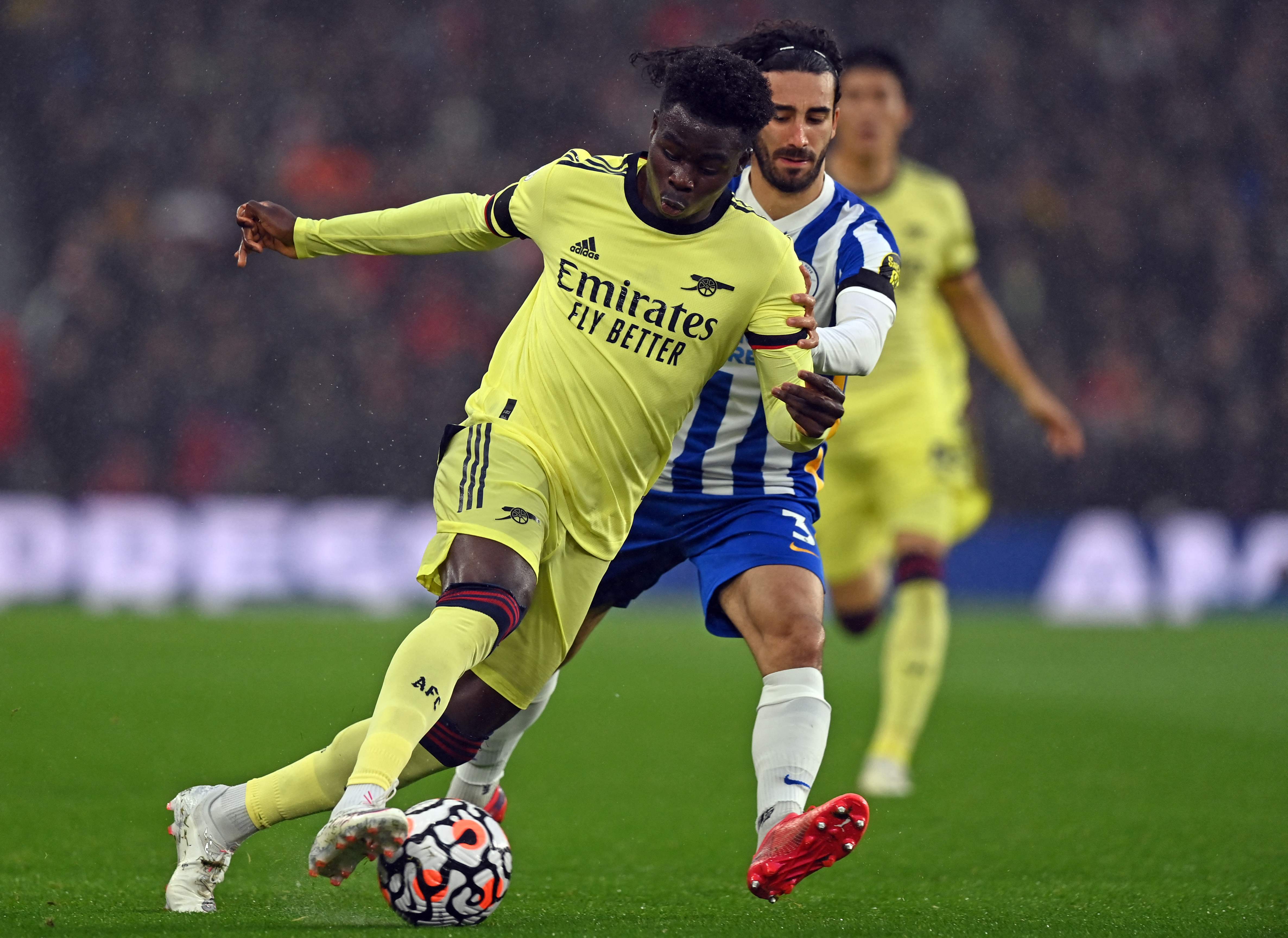 Hesitated and killed a promising attack in the tenth minute when in a promising position down the left. Sloppy start.

Headed onto the post from a tight angle mid-way through the first-half.

First-touch was poor throughout as Arsenal looked to him to hold the ball up and relieve pressure.

Fluffed his lines when played through early in the second-half as he tried to round the keeper. May have been offside but should have made VAR check by putting it in the net. 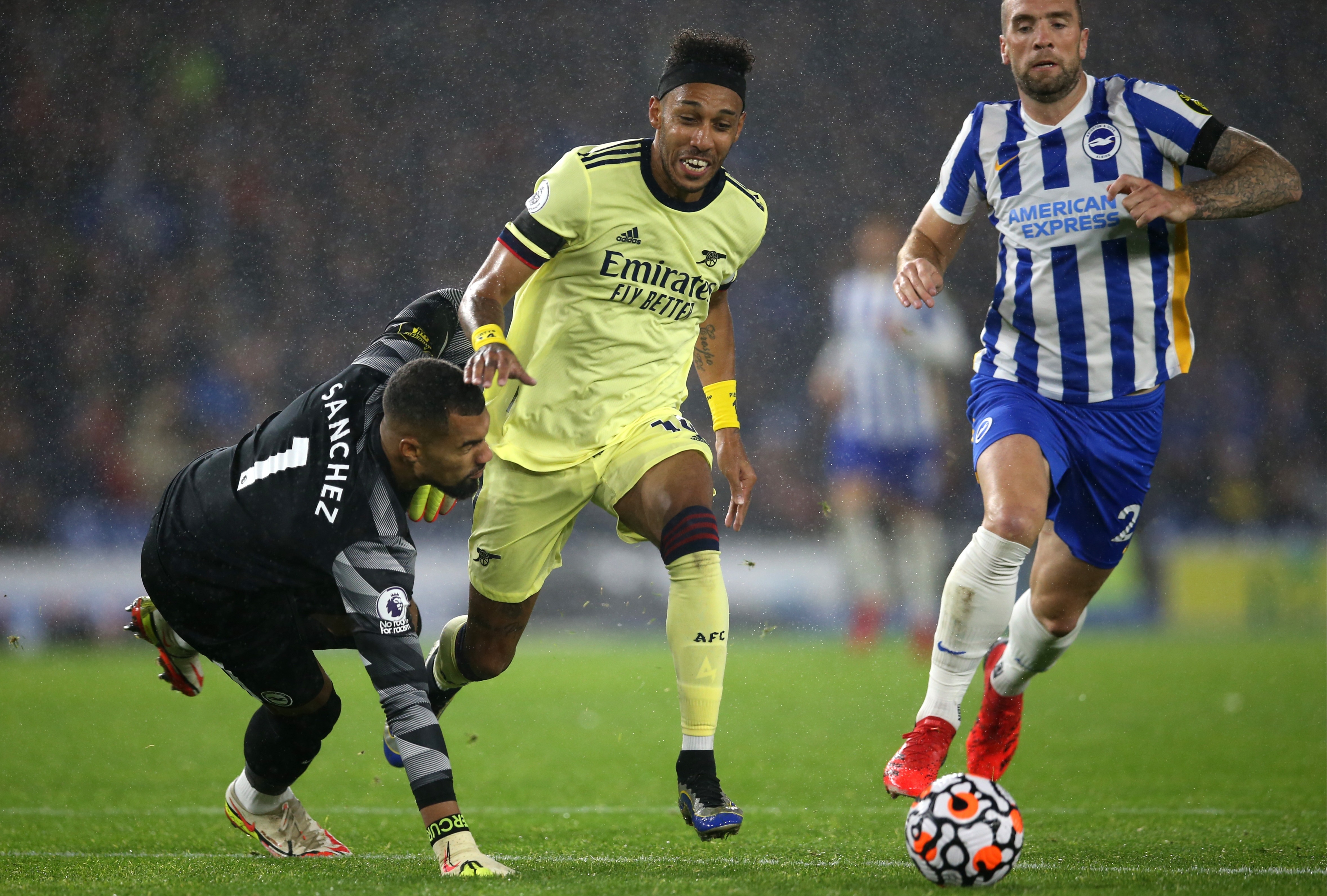 First action was to take a corner that failed to beat the first man for the 9,000,000th time in his Arsenal career.

Injected some much needed energy into the centre-forward position but to no avail.

Not enough time to make an impact.