AARON RAMSDALE has revealed he’s no different to football fans worldwide as he admitted to watching replays of his wondersave ‘about 100 times’. 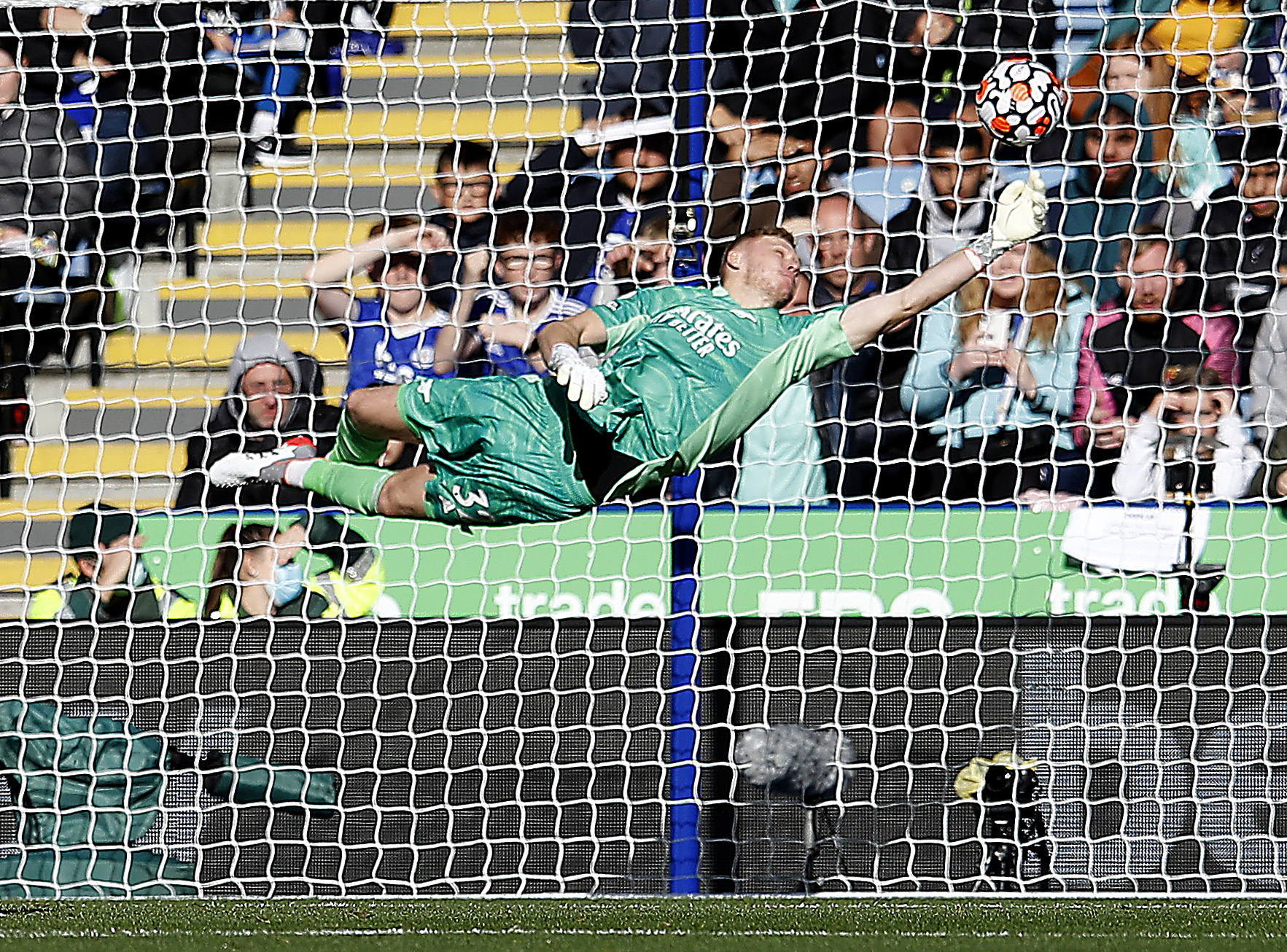 Goalkeeping legend Peter Schmeichel hailed it as one of the best saves he had ever seen as Ramsdale pushed the shot against the bar before pouncing on the follow-up.

And now the England international has lifted the lid on what was going through his mind as he made his acrobatic leap.

"He had a sighter before, which hit the wall, and I've trained with him a lot. I thought he was going to reverse it because it's so close to the box.

"I thought he's going to put a load of pace on it my side.

“Our goalie coach has talked a lot about saving on ‘your post’. So I’ve taken maybe a negative position, protecting my side.

“I've seen it's not gone my side and just gone, just gone, and it looks better off the bar doesn't it?"

Foster then paid tribute to his fellow keeper’s agility and reactions to make the save after seeing the ball late over the wall.

Ramsdale went on to admit he needed a slice of luck to make the follow-up save that denied Jonny Evans on the line.

He added: "The photos look so good. But obviously the second one was a bit of luck. I didn't have a clue where it was."