The Gunners winger, 17, contributed two goals and an assist as the Young Lions came from behind to win 4-1 in a European Championships qualifier at St George's Park. 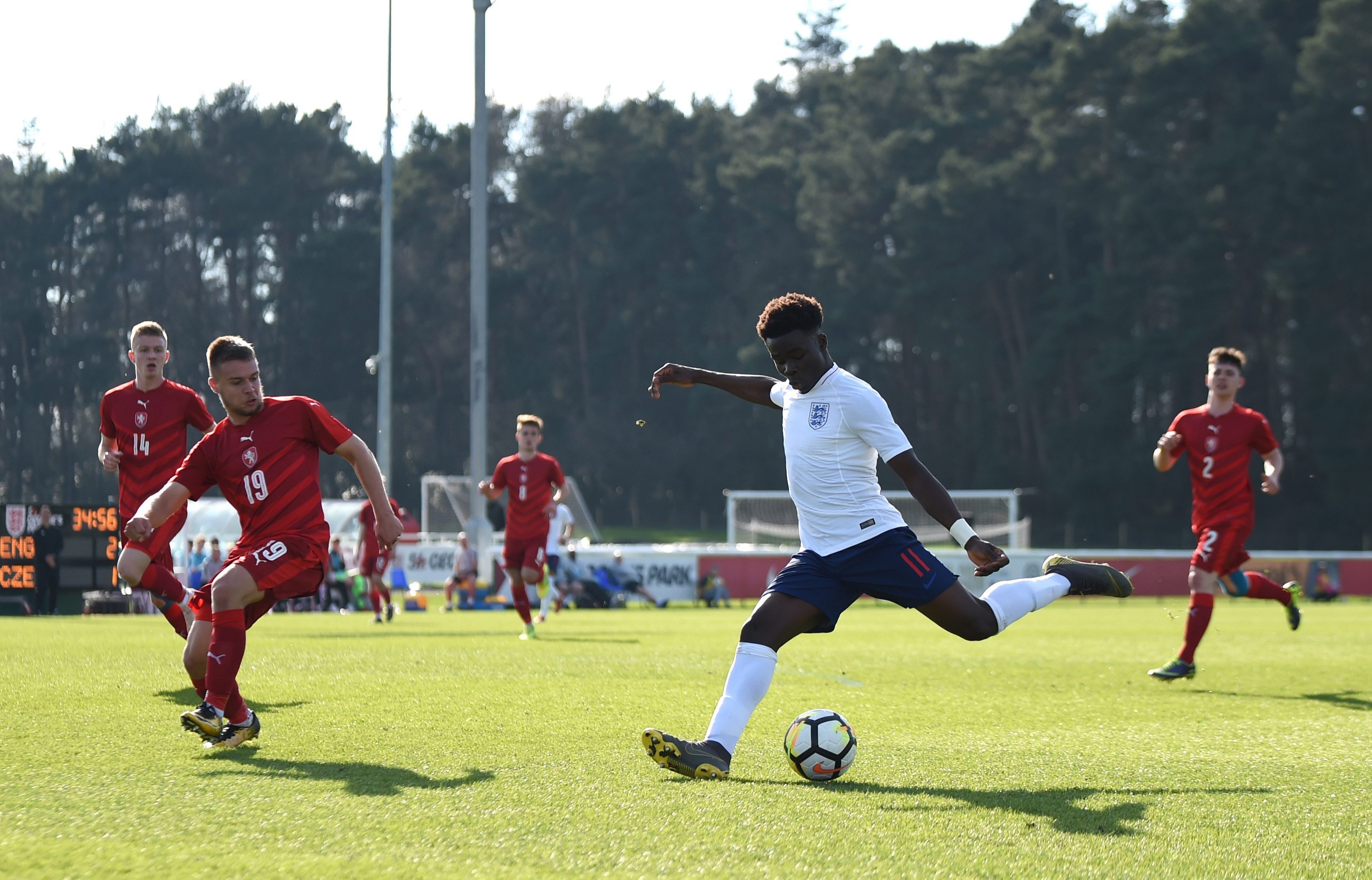 England boss Gareth Southgate was in the stands watching and Gunners fans raved about Saka's performance on social media.

Arsenal club reporter Aidan Small tweeted: "Bukayo Saka’s the only 17-year-old in the starting XI for #ENGU19s – and once again he’s making the difference."

While Drew Chapman gushed: "Bukayo Saka is also showing signs of a future star for England."

Saka has already attracted attention from the Bundesliga after coming on in the 4-1 win over Fulham on January 1 – following Jack Wilshere in making his top-flight debut the same year as signing a scholarship deal.

He has also featured twice in the Europa League but academy boss Per Mertesacker warned fans not to expect him to make the jump straight away.

He told Goal: "(He's an) interesting talent but as well very young, Bukayo Saka is 17 years old and we don't want to push him too hard to an extent where he's misused in a way.

"He has to cope with the tempo, he's still a first year scholar so he's got a lot of education going on so we don't want him to think that it's just good enough to train with the first team.

"The manager likes him, but he's got a lot of steps to do before he can call himself a real professional in a first-team environment."

Bukayo Saka’s the only 17-year-old in the starting XI for #ENGU19s – and once again he’s making the difference ? https://t.co/nJJj9nKrt3

Bukayo Saka is a scarily good prospect, two goals and an assist for England today.

He scored twice, and set-up another, on his full debut today. pic.twitter.com/Pi3W4pEXmd

I come from future. Bukayo Saka will be loan to Bundesliga