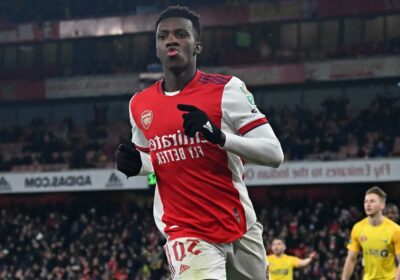 EDDIE NKETIAH showed Mikel Arteta what he could potentially let walk out of the door as he bagged a hat-trick in Arsenal's Carabao Cup quarter-final tie with Sunderland.

The 22-year-old led the line for the Gunners on Tuesday night in the absence of Pierre-Emerick Aubameyang, who has been exiled from the first team. 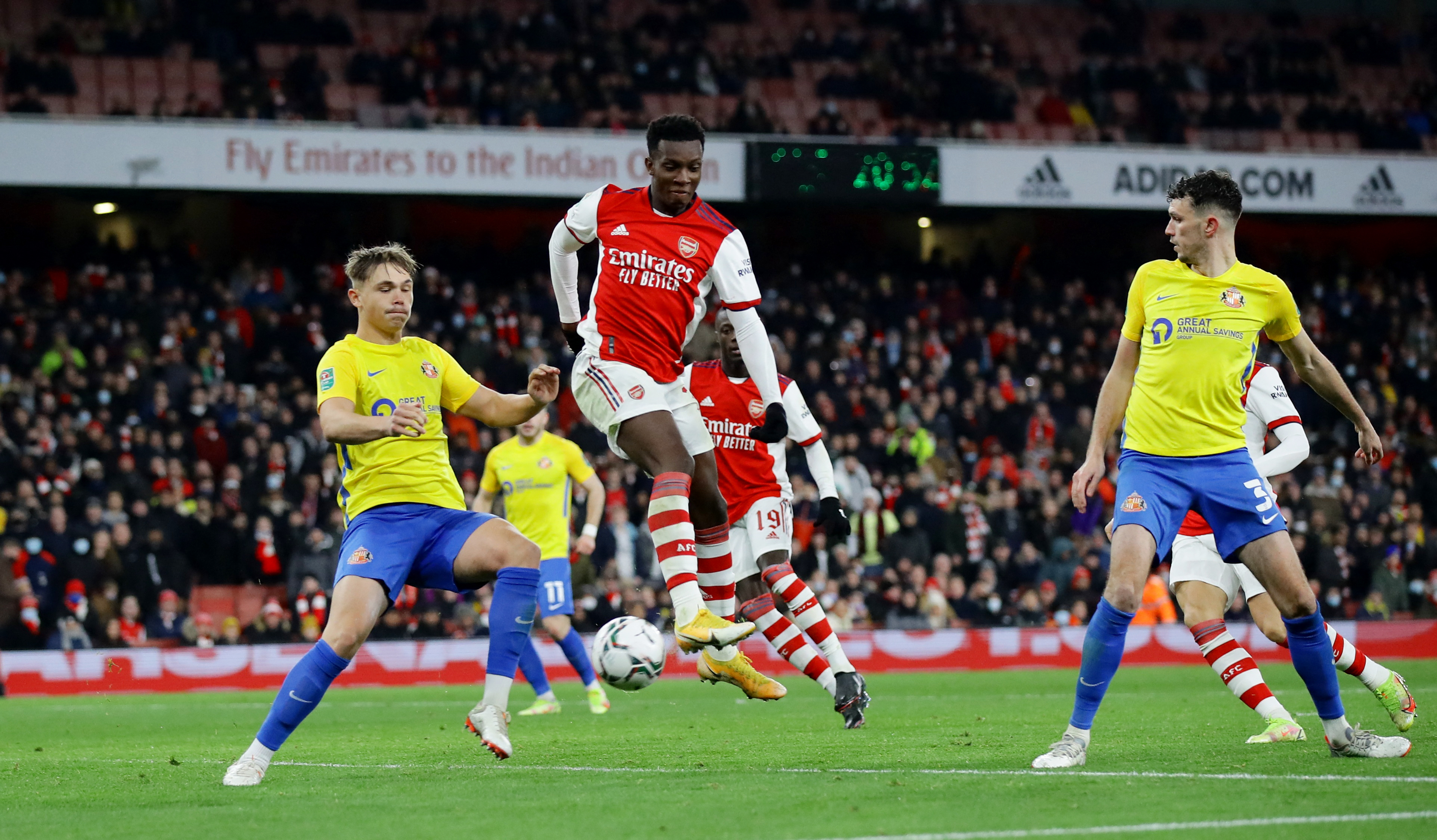 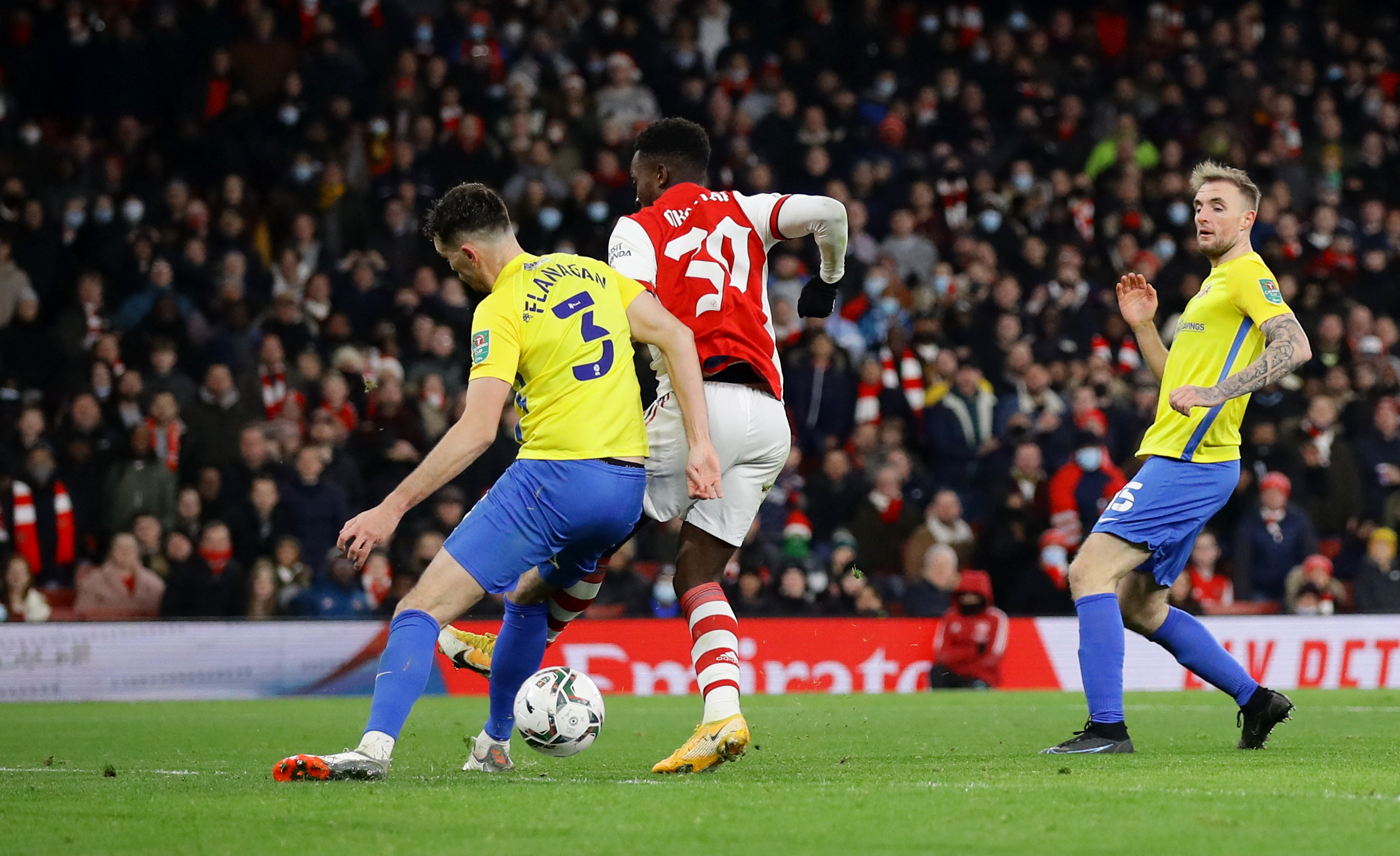 And the former Leeds United loanee didn't let the opportunity slip between his fingers.

Nketiah bagged his first in the 16th minute after latching onto a saved header from Rob Holding.

The striker doubled his tally shortly after the restart with a neat flick inside the six-yard box.

And he got his third in the 57th minute with a Thierry Henry-esque backheel from just outside the six-yard box.

Gunners fans were blown away by Nketiah's man-of-the-match performance, so much so they took to Twitter to call for him to sign a new contract.

One of the Emirates faithful tweeted: "Arteta better offer that boy some more game time and a new contract!"

Another said: "Nketiah has gotten a hat-trick here. Has he made his case for a better contract offer to stay at Arsenal"

And another said: "[Folarin] Balogun ain't ready-ready for the first team yet and we need to extend Nketiah's contract."

One remarked: "Yeah I'd offer Nketiah a new contract."

Nketiah recently rejected Arsenal's offer of a new contract due to a lack of game time.

But former Gunner Paul Merson believes the young hitman – whose contract expires at the end of the season – should put pen to paper on a new deal.

During an appearance on Sky Sports, Merson said of the striker: "The lad never lets you down.

"He comes into the team and knows he’s not going to play against Nowrich on Boxing Day.

"But, he’ll still turn up tonight and put in a performance. That’s what I like about him. 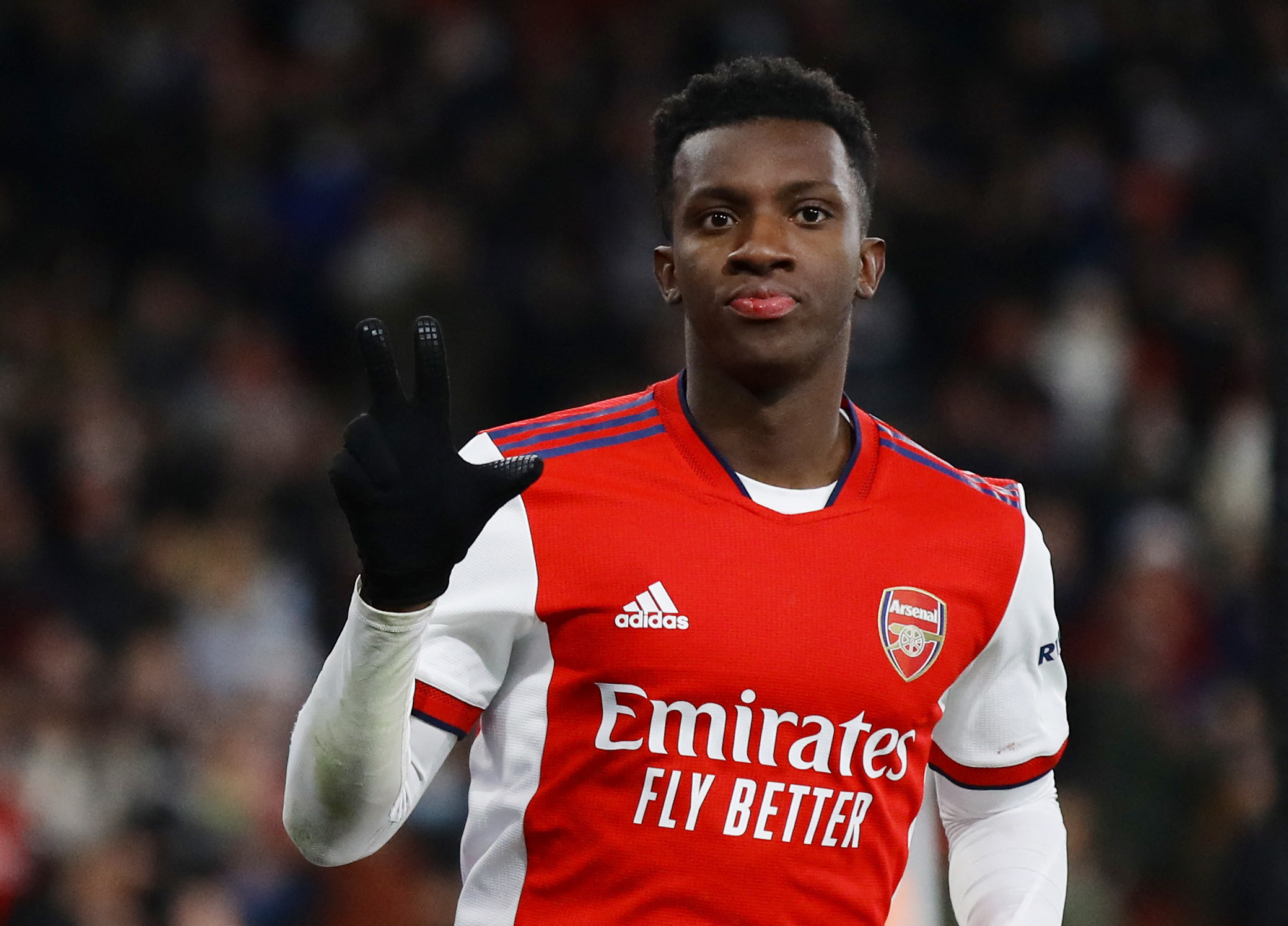 "He’s hungry and there’s talk that he doesn’t want to sign the contract. Which I can understand as he wants to play.

"He’s at Arsenal, an unbelievable football club, you’re young and have time so be patient. He’s a great finisher, goalscorer and has good pace.

"If I was his agent I would be signing again. I left Arsenal, it’s different. This is an unbelievable football club. You only realise when you leave."