An arrest warrant has been issued for Los Angeles Lakers center DeMarcus Cousins over threats he allegedly made to his ex-girlfriend, according to media reports.

The Mobile Police Department in Alabama confirmed the warrant for a misdemeanor domestic violence charge with Fox 10 on Thursday.

TMZ published an audio recording of a phone call between Cousins and Christy West, his ex-girlfriend and the mother of his 7-year-old son. Cousins, from Mobile, asked her if their son would be allowed to attend his wedding. 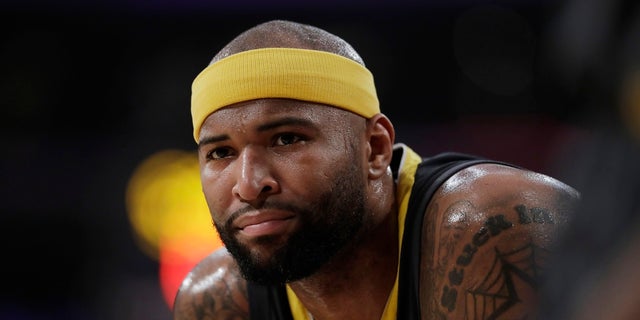 He allegedly threatened to "put a bullet through (her) f—ing head" after she said no.

Cousins married Morgan Lang this past weekend in Atlanta.

West is said to have recorded the call and provided police with a copy.

"We are aware of the allegation involving DeMarcus Cousins and, of course, take this claim seriously," the Lakers said in a statement. "We are in the process of gathering information and will reserve further comment at this time."

Cousins missed most of last season with the Golden State Warriors as he recovered from an Achilles tendon tear sustained in January 2018.

He signed a one-year deal with the Lakers in July but tore a knee ligament during a workout earlier this month. He could miss the entire season with his new team after knee surgery.