Anthony Joshua was sanguine despite being dethroned as world heavyweight champion, insisting he has no regrets about his tactics in defeat to Oleksandr Usyk and vowing to dust himself off and go again.

Usyk was giving up three inches in height and four in reach, as well as nearly 20lbs in weight, but the superior ringcraft of the former undisputed world cruiserweight champion was there for all to see in his unanimous decision win.

Scorecards of 117-112, 116-112 and 115-113 were justifiable rewards for a mesmerising display by Usyk, who snatched the WBAIBF and WBO titles from Joshua and left a ‘Battle of Britain’ against Tyson Fury seemingly in tatters.

Joshua struggled to assert himself throughout as his opponent’s speed and movement from an awkward southpaw stance troubled him but his strategy in front of more than 66,000 fans at Tottenham Hotspur Stadium came in for criticism.

However, Joshua feels his approach is a moot point after the second loss of a 26-fight professional career, while his immediate thoughts have already turned to a clause invoking the rematch and the adjustments he can make.

“If it went well then it would have been perfect but it didn’t so I can’t really look at it and have any regrets,” said Joshua, who disclosed he was unable to see out of a swollen right eye from round nine onwards in north London.

“What I’m happy about is I can go again and I’ve got a chance of becoming heavyweight champion of the world again. Only positives from here moving forward, I’ve had enough of looking at things from a negative point of view.

“I’m not a weak person. I’m not a sulker. I’m not going to go home (and) cry about it because this is war. It’s a long process. This isn’t just one fight and I’m done, I’ve got an opportunity to go back to the drawing board.

“I can’t depend on anyone to pick me up and pat me on the back. That’s why I’m not going to put my head in my palms and cry all night about it. I just want to get back to the gym and get back on the grind so I can improve.

“I’m going to lift myself up. I believe I’ll get a good win in the next fight because of what I’ve learned in this fight. I’m a quick learner and we’ll bounce back.”

There has been a refreshing absence of enmity or histrionics between two combatants put together by the WBO, which ordered champion Joshua to fulfil his mandatory Usyk after the former’s fight against Fury collapsed.

The pair have been on each other’s radars for nine years after they both won gold medals at London 2012 but while they traded pleasantries backstage after Saturday night’s bout, Joshua revealed he told Usyk: “I’ll see you again.”

Joshua added: “It was a good chess match. I’m a boxer fighter, I wanted to outbox him, do certain things and then after that, my eye, man. It was a great lesson, though, great lesson. I’m just learning this game, I’m studying, it’s part of the process.”

Joshua was staggered on several occasions, most notably when he sagged into the ropes in the final few seconds amid an Usyk onslaught and was perhaps saved by the bell before being put out of his misery by the judges. 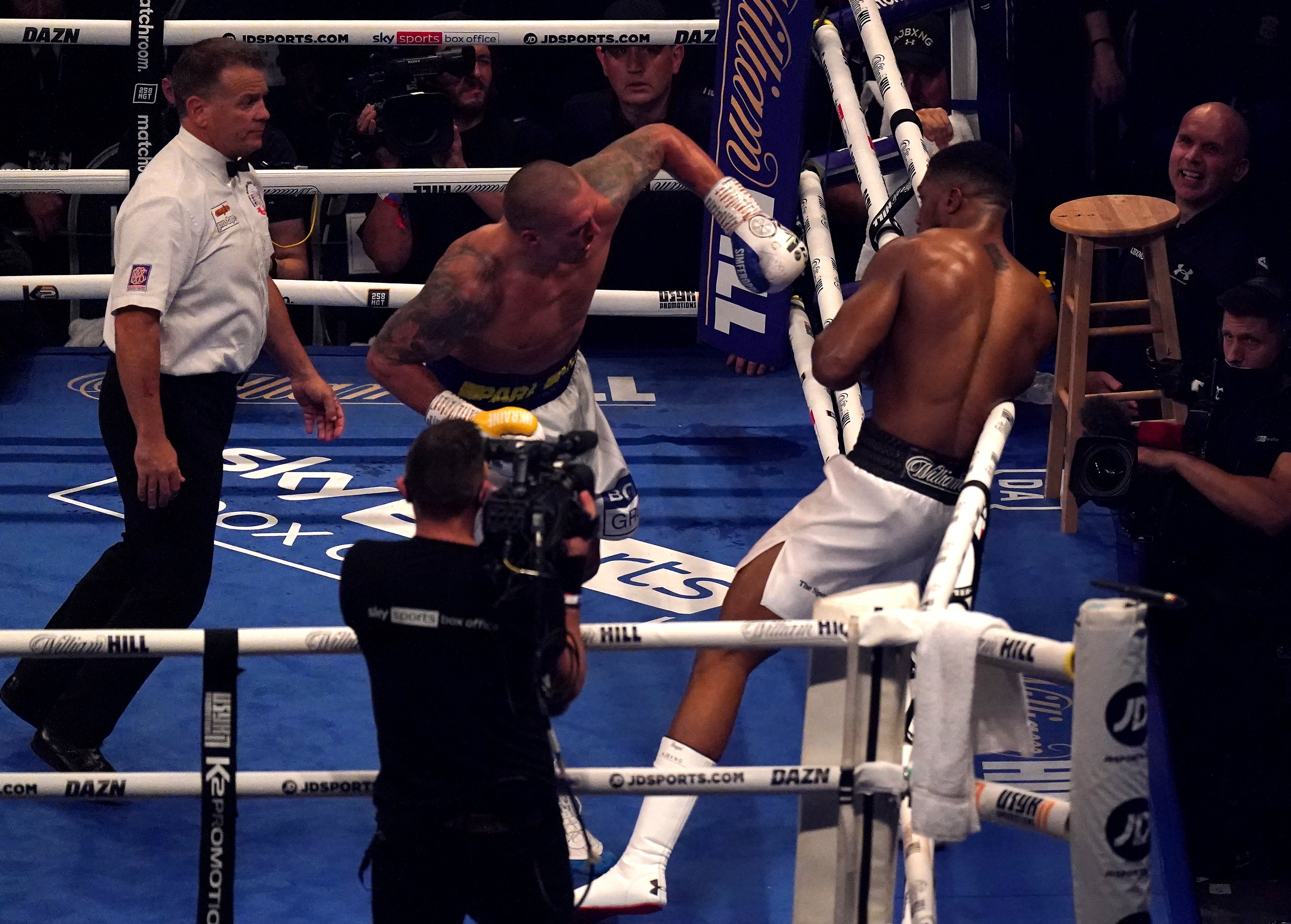 Joshua’s trainer Rob McCracken admitted his charge was unable to carry out their gameplan but has backed him to have a better showing in a return clash which could take place in February or March next year.

“You’ve got to apply better pressure with a fighter like that and not give him too much time,” said McCracken. “That’s really what should happen. But Anthony’s already addressed that he’s learning on the job.

“I’ve got no doubts that if he applies himself, which he will, then he’ll get a great performance in the rematch because Usyk’s boxed tremendously well and Anthony will have learned loads.”

Victory over the still unbeaten Usyk would have put Joshua on a collision course with the winner of next month’s showdown between WBC titleist Fury and Deontay Wilder.