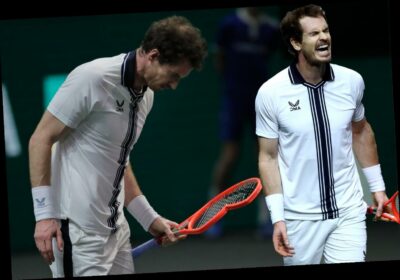 ANGRY Andy Murray smashed a racket beyond repair and slammed his display on-court as his European odyssey ended.

After playing in consecutive tournaments in Italy and France, the Scot departed Holland last night following a 7-5 6-2 defeat to world No.8 Andrey Rublev. 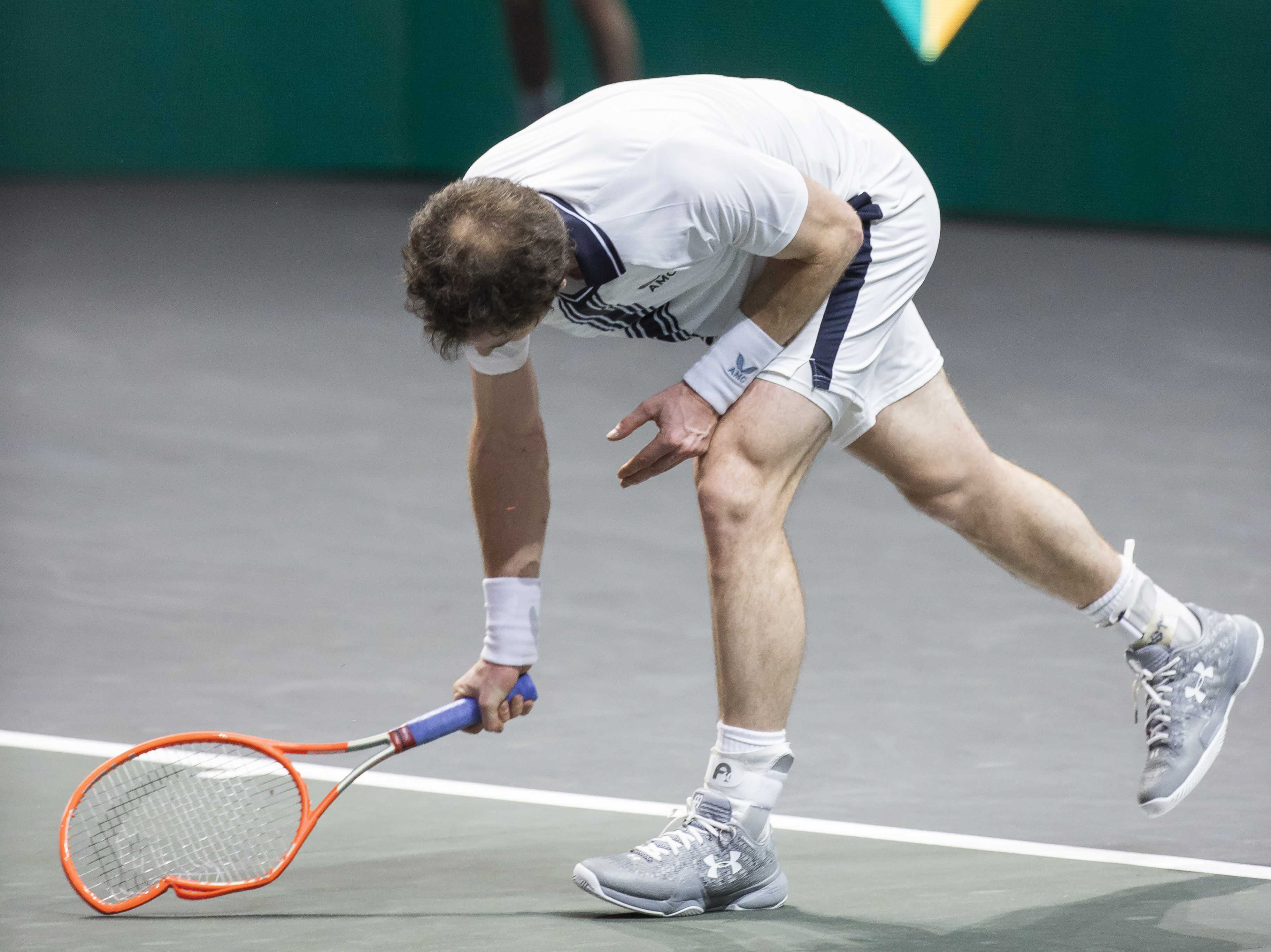 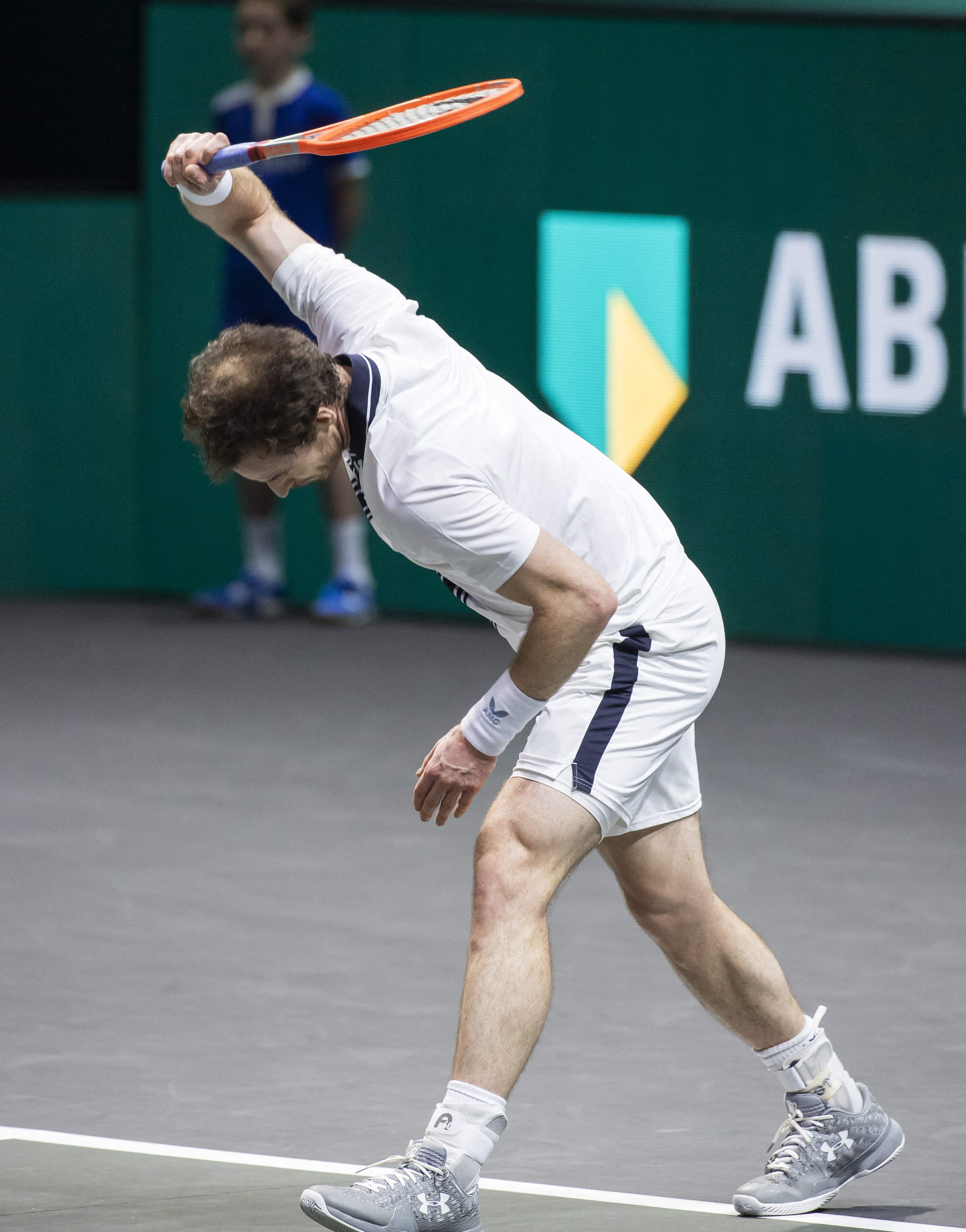 Though there were positives he could take away from this – notably his improved movement – the former world No.1 was humbled by relentless Rublev in the second round of the ABN AMRO World Tennis Tournament.

Muzza produced two double faults in the 11th game of the first set.

And then received a code violation from the umpire when he mangled his racket on the ground in a rage.

The 33-year-old kept moaning as the match slipped away from him, muttering under his breathe he was 'so under-prepared for this' and then telling his coach they were 'very quiet'.

This was his second defeat out of three matches against top-10 players since the 2017 French Open final.

Murray is now set to return home and plot his year on clay and grass as he targets a return to Wimbledon this summer after a four-year absence.

Murray, who is considering playing in Dubai and Miami later this month, said: “When it mattered I didn’t play well. The service game I lost wasn’t good enough.

“Against one of the best players in the world, if they produce something great, then it’s understandable. But I felt at the end of the first set I blew it. 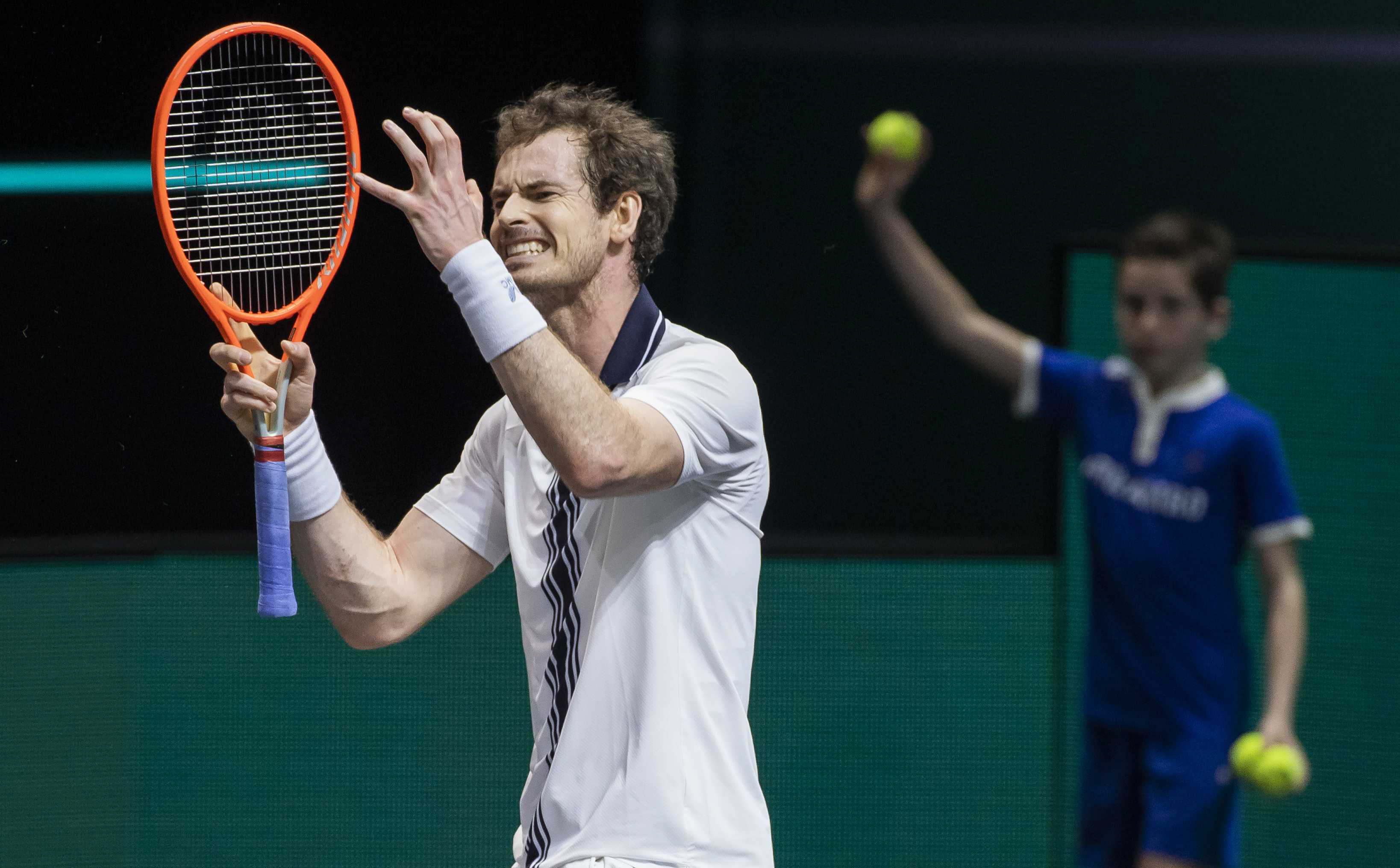 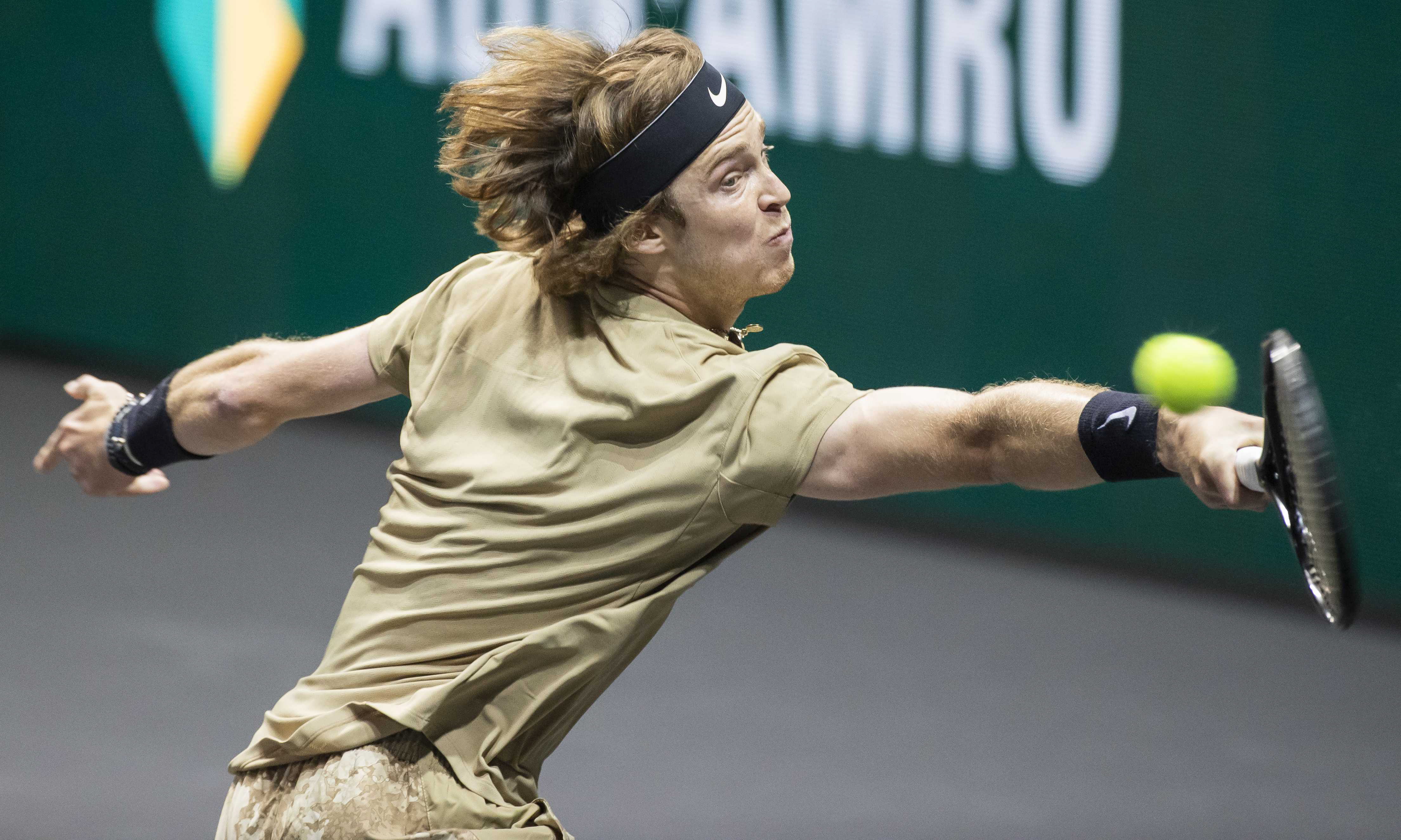 “I messed up a little bit. The second set he was much better than me. I am disappointed. At times, it wasn’t good enough.

“I am not used to making those errors in those moments.

“I am finding that frustrating and mentally I am looking back at those moments too much, which maybe affected me in the second set.

"I probably should have won the first set.”

Meanwhile, the ATP has thanked Player Council members Roger Federer and Rafa Nadal for backing a financial package to help lower-ranked stars during the Covid-19 crisis.

Prize money for events between now and Wimbledon will be increased.

Players can have hotel costs covered if they are forced to quarantine or self-isolate following a positive test for coronavirus.

And stars forced out of competition for a month or more can apply for a Covid-19 Protected Ranking.

On Tuesday it emerged Murray has deleted all his social media apps off his phone because of their negative impact on his mental health.

Murray is one of the most popular and well-known tennis stars in the world – yet he has significantly reduced his presence on social media platforms in recent years.

Over the past few months he has become aware of messages from nasty trolls suggesting he should quit tennis for good.

The Scot has not come off social media entirely, his accounts still remain active, and he will continue to post messages.

But he says watching the Netflix show The Social Dilemma opened his eyes to the dangers of obsessive social networking in the 21st Century.