AMIR KHAN left his daughter in floods of tears because she didn't recognise him – after he got a shiny new haircut. 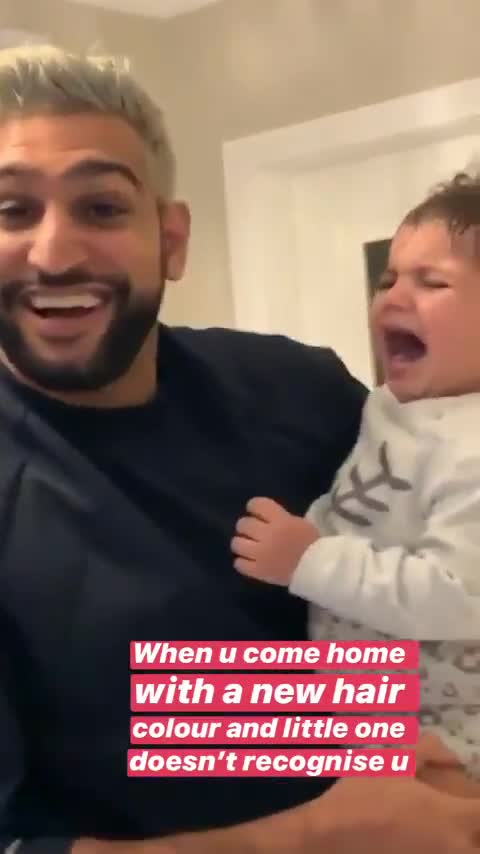 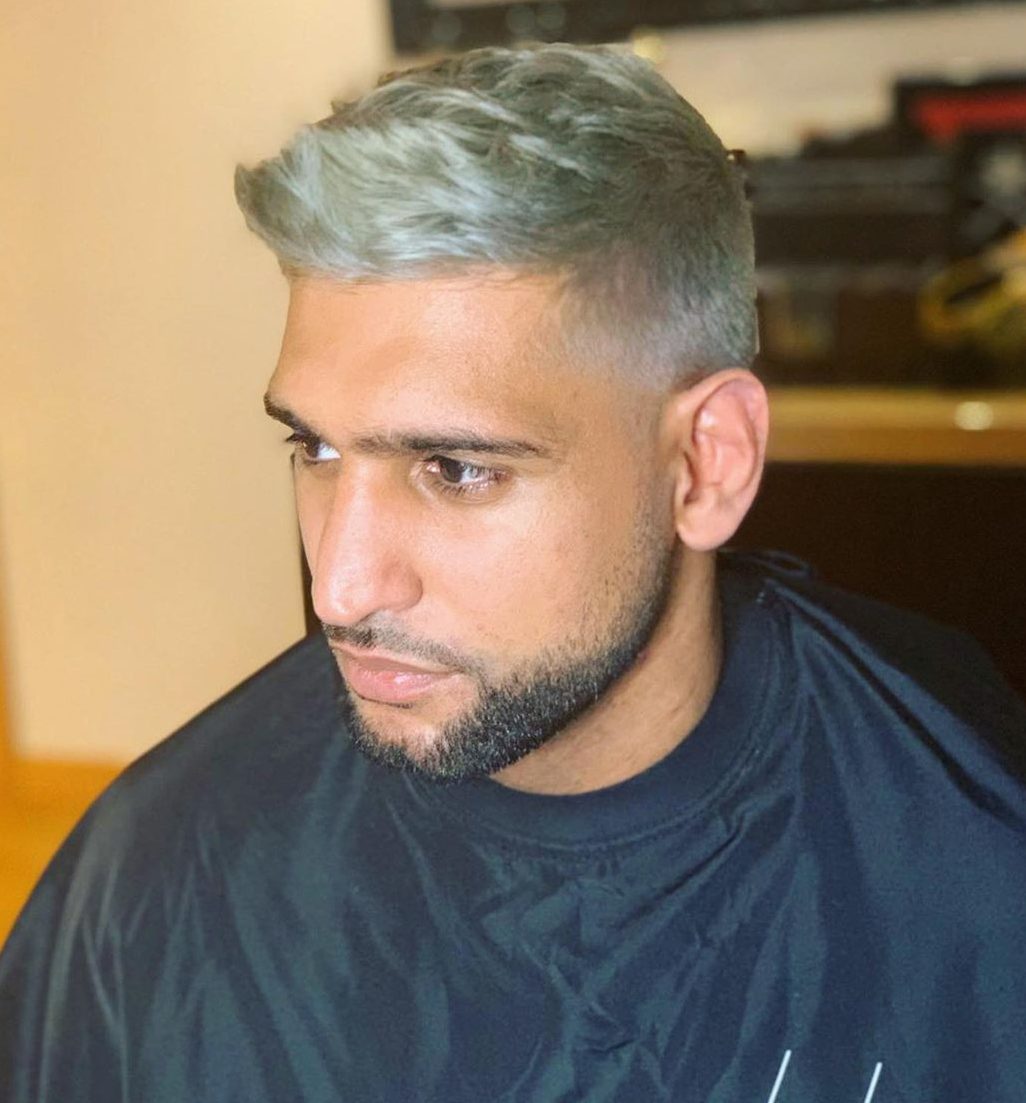 Khan uploaded a selection of clips to his Instagram stories, with one showing Alayna sobbing her eyes out.

The 2004 silver medal-winning Olympian captioned it: "When you come home with a new hair colour and little one doesn't recognise you."

He then added another photo showing off his drastic new look, thanking the stylist, adding: "Love my hair".

Next up was a clip of him "getting a trim".

The former unified light-welterweight world champion has not fought since he stopped Billy Dib in a one-sided affair in June in Saudi Arabia. 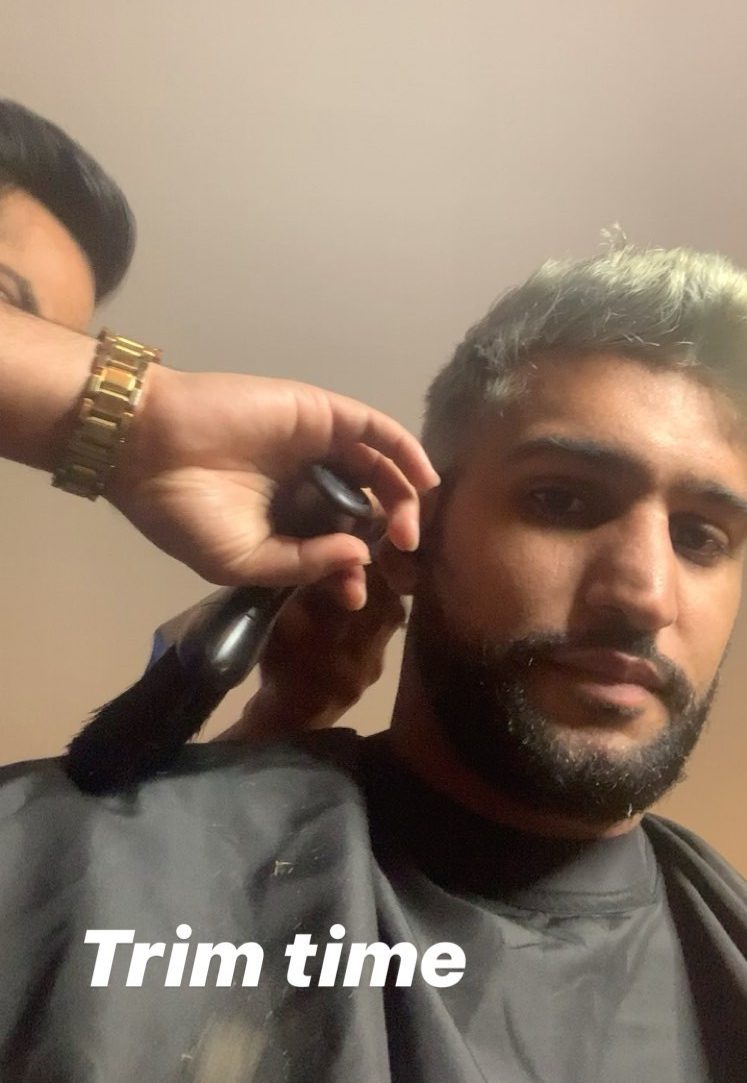 ANOTHER CHILD ON WAY

Prior to that, Khan failed in his bid to become a two-weight world champ when he was stopped by one of the pound for pound best Terence Crawford at welterweight.

And the 32-year-old is soon to move from a dad of two to one of three.

The boxer and the model, who already share daughters Lamaisah and Alayna, posted an elaborate gender reveal on Instagram.

She told followers: "We’re having our third child, and we’re so excited and nervous at the same time. He or she, what will baby Khan be?"

Former I'm A Celeb star Amir, 32, added: "I’m going to punch the balloon to see what the gender is" before walloping it to release an explosion of blue confetti.

Faryal then appeared to burst into tears at the news, with Amir rushing over to hug her. 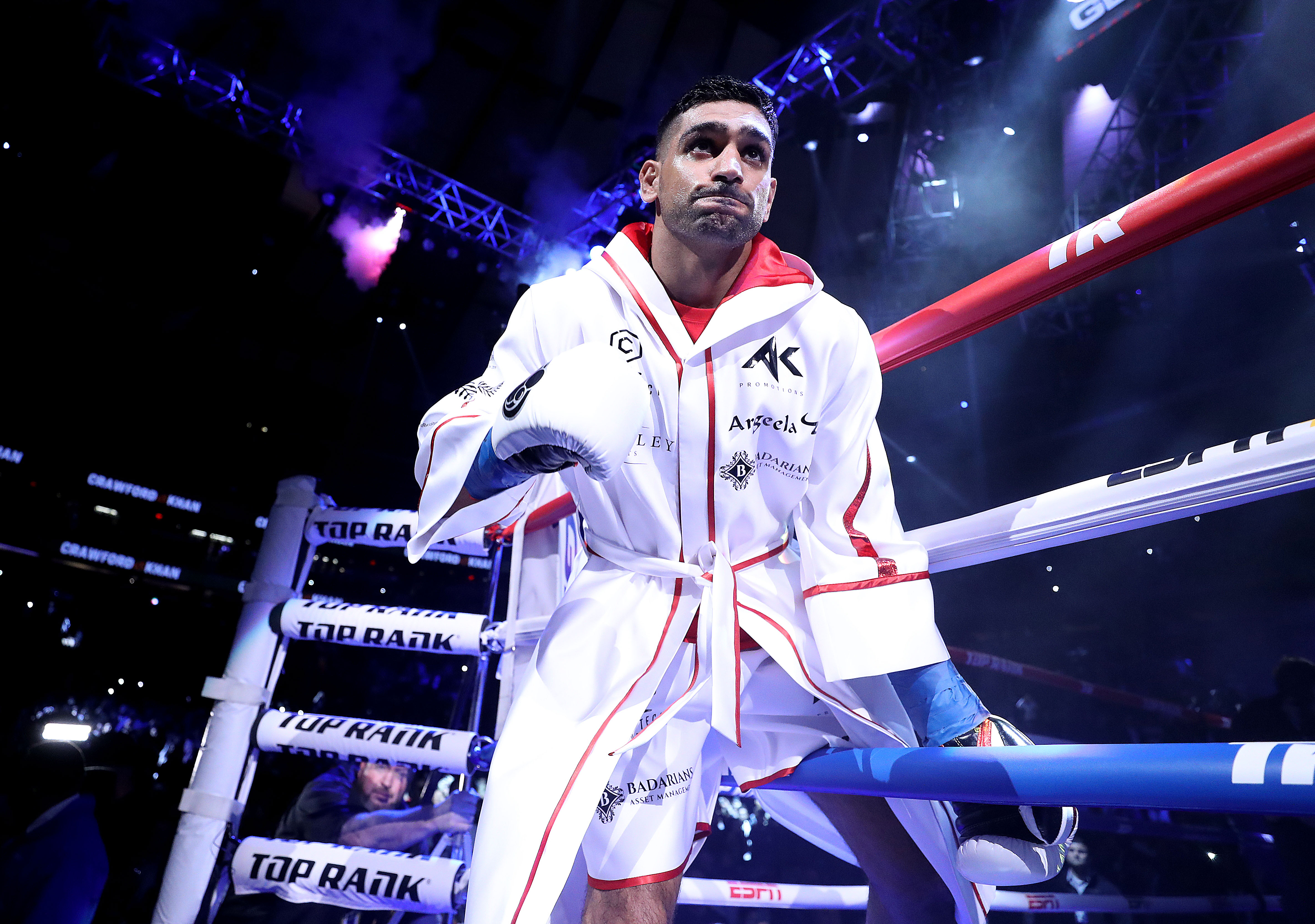